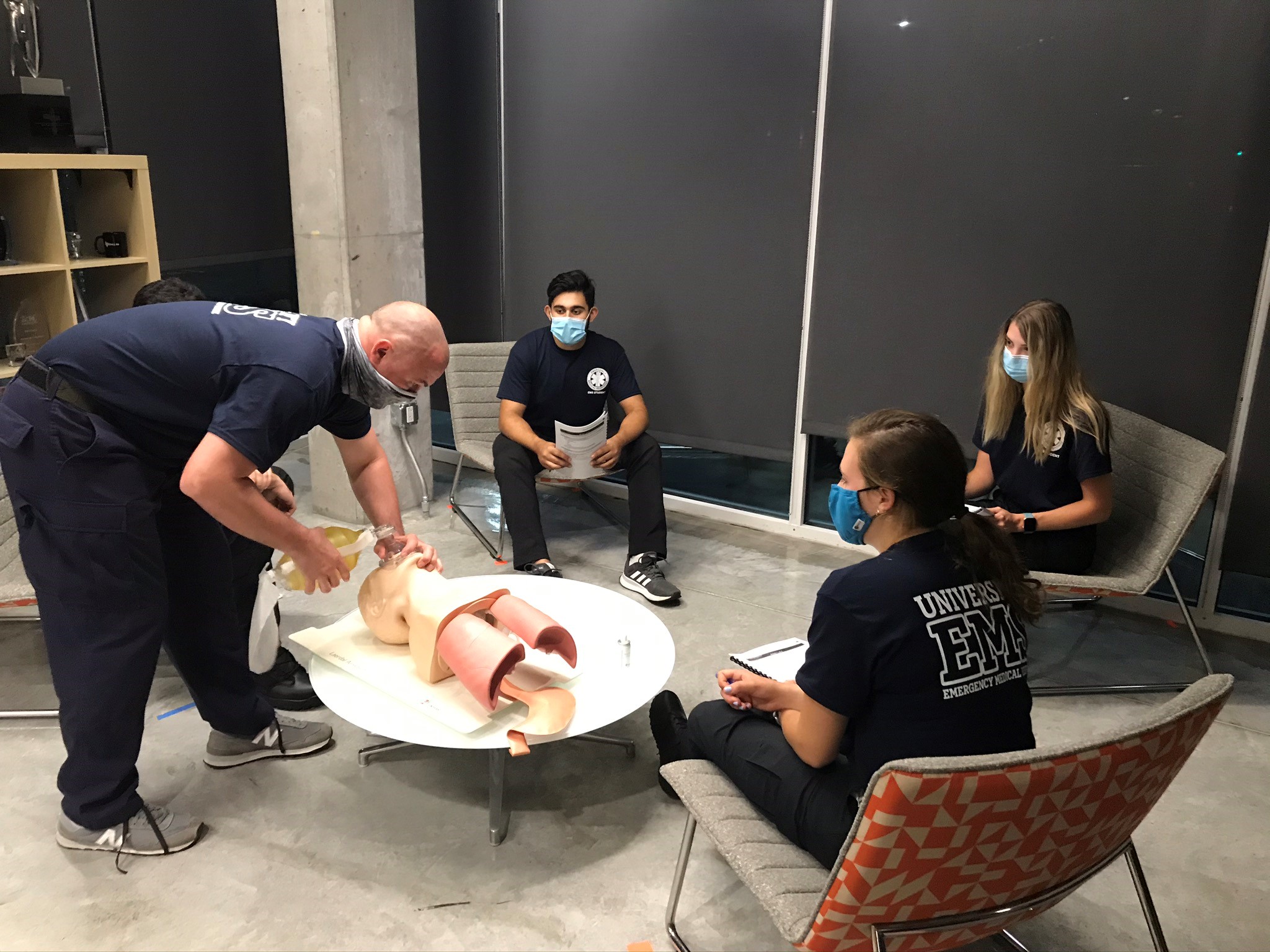 A participant in the University Emergency Medical Response program tested positive for COVID-19 after attending an EMT training at Blackstone LaunchPad.

Emergency Medical Services and UEMR Director Sheila Elliott said that the participant is not a UTD student, and it is believed that they contracted the virus off-campus. The individual was not symptomatic during the Sept. 8 training, but they were prompted to get tested because a close family member had tested positive. The situation was reported immediately in accordance with CDC guidelines, and everyone who was in contact with the student was immediately notified and quarantined. No other individuals in the program have tested positive for COVID-19 since the incident.

Director of Blackstone LaunchPad & Techstar Dresden Goldberg said that the LaunchPad’s COVID-19 protocols are the same as UTD’s since it is owned and operated by the university. These protocols include the enforcement of face coverings on campus and social distancing.

“The facility has actually been closed since March 13 and our staff all work from home,” Goldberg said. “We haven’t had any events or activities there except for the EMT class, and that class was through the office of the president.”

Elliott said that everyone in the EMT training wore appropriate personal protective equipment such as masks in conformance with first responder agency standards.

“We take extra precautions with patients that we know are COVID positive or have COVID symptoms,” Elliott said. “Our team, especially captains, are fully protected with PPE on every call that we go on.”

Lead EMS Instructor Scott Bell said that N95 masks have been issued to all EMT students since the training as an extra protective measure.

“We’re actually very lucky to have the supplies to be able to do that because of N95 shortages,” Bell said. “We do that because health care is obviously changing with COVID, so we’re trying to teach [EMT students] how to protect themselves. Face masks protect others, whereas N95s protect you.”

UEMR Public Relations Captain Nimah Khan said that the organization went out of service around March 13 but resumed activities once students returned to campus for the fall semester. Since August, UEMR has answered a total of 16 calls.

The EMT team, Elliott said, follows social distancing standards to the best of their ability, but they are required to be near each other and patients during training and when responding to medical crises.

“In the world of medical care and medical education, it is impossible to maintain six feet social distancing away from our patients and in a learning environment,” Elliott said. “No one would want to have an EMT or doctor practice medicine on them if they had never touched a patient before.  Think about the environments of hospitals and fire stations. Our organization is no different than any other medical professionals.”

We learn at dawn

‘That responsibility falls on us’