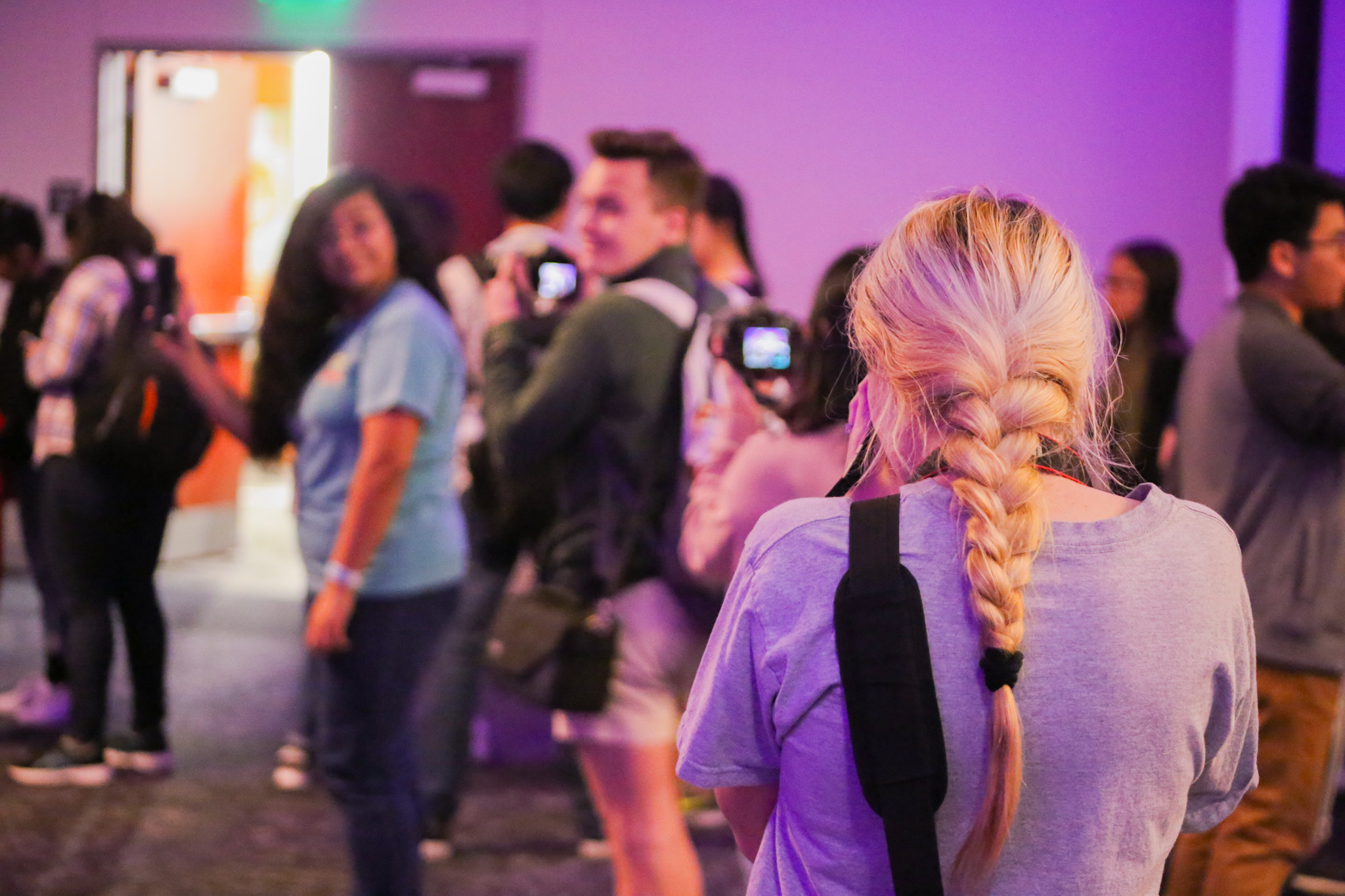 Per Senate Bill 18, students will still be able to engage in expressive activities of 10 people or less.

Student gatherings and club events are prohibited until further notice – with exceptions for free speech activities.

Student organization officers received an email from the Student Organization Center on Aug. 18 prohibiting face-to-face or socially distanced events – indoor or outdoor – during the fall 2020 semester. Furthermore, the email said that the EMS room reservation system will not be available until further notice. Three days later, the Office of Student Affairs announced that any students or student organizations found to be conducting in-person gatherings may be subject to suspension.

Vice President for Student Affairs Gene Fitch said the decision came after seeing examples across the country – at the University of Notre Dame, University of North Carolina and Michigan State University – of students failing to social distance during gatherings, despite warnings to do so. UTD was the first school in the UT System to open up, so administration wanted to be proactive.

“What we want is people to think twice before they put themselves in those situations,” Fitch said. “If two people are sitting in their room unmasked, are they going to be suspended? Probably not. Are we going to have a conversation with them to find out about it? Sure.”

For informal gatherings – for example, if friends from the same club decided to gather unofficially – Fitch said the Office of Community Standards and Conduct will conduct interviews and investigations to determine if the individuals or the organization should be held liable.

If the Office of Community Standards and Conduct is tipped off about a gathering, Fitch said they will start by reaching out to the president of the organization in question – or the individuals involved – and have a conversation with them about the allegations. Worst case disciplinary measures, such as suspension, come from repeated offenses – in a similar way to students not complying with on-campus mask regulations.

“And oftentimes, that may be where it ends,” Fitch said. “The more information we have to follow up on, the better…if we get a date, a time and a location, it becomes more difficult for someone to say ‘well, we didn’t do this.’”

However, if it’s known for certain that no students became sick or transmitted the virus during their interaction, that will be taken into consideration.

“Part of it’s going to come down to timing – I think it’s going to depend on when this event or this gathering happened, when we got the information on it, how quickly we get that person in,” Fitch said. “And after 10 days it’s kind of like, okay, maybe we know at that point that no one’s been infected – but it still would require one of those teachable moments.”

Despite these guidelines, there are exceptions when it comes to free speech activities. Senate Bill 18, which went into effect September 2019, protects the right to expressive activities – which is any expressive conduct protected under the First Amendment – including assembly, protests, speeches, distribution of written material, carrying of signs and circulation of petitions.

Even with COVID-19 guidelines, SB 18 still holds. On June 28, 2020, Governor Abbott issued Executive Order GA-28, detailing the types of activities allowed given the current circumstances. Less than a week later on July 2, he issued a shorter amendment to the original executive order limiting outdoor gatherings to 10 people.

State mandates take precedence over university policy. Students can still engage in expressive activities on-campus if they keep it under 10 participants, and will not need to reserve the event in advance if it takes place in a public outdoor space.

Ultimately, Fitch said, it will be up to the police monitoring expressive activities to determine – on a case-by-case basis – whether or not those activities should be broken up. Fitch also said that there are several potential scenarios where EO GA-28 protocols could still be followed if participants spread out.

“I know that the organizers (of the expressive event), they can’t help if others walk up,” Fitch said. “Maybe it’s where you’ve got your 10 people in the expressive activity, (and) you’ve got five (more people) that walked up. Maybe it’s a matter of different pods of people: you’ve got one on one side of the Mall, and you’ve got the other five on the other side of the Mall. Maybe that’s how we address it. Because we want people to be able to express themselves per that senate bill. But we’ve also got to do it responsibly per the governor’s order.”

Fitch said he acknowledges the difficulty of the situation, and understands how young adults want to be with their friends – and how they can’t even socialize in a traditional classroom setting for the time being.

“We’ve all made sacrifices. And I realize that we’re asking to just make another sacrifice, which is to avoid those situations,” Fitch said. “And we know it’s hard. I mean, we’ve all been cooped up since March, and this is part of the collegiate experience: to interact with people, establish our identities.”

Think outside the (potato) bun