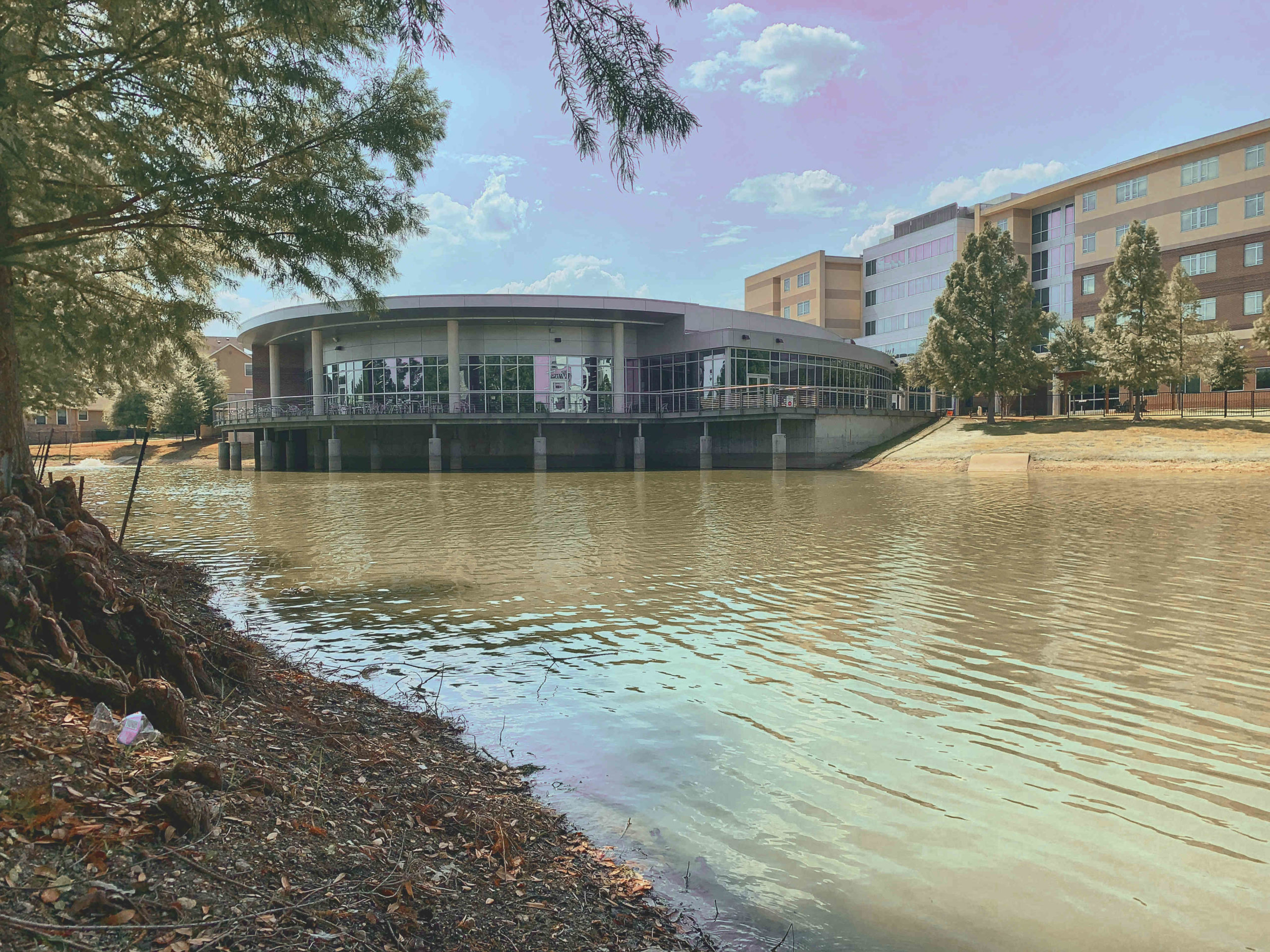 After concerns of contamination in the pond by Dining Hall West, the pond was quality-tested for the first time.

Environmental Program Manager Chandani Rana said that while pH levels, dissolved water levels, and conductivity for the pond were approved, pollution caused by students and staff could impact the community in multiple ways. While creeks and ponds have yet to reach impairment, if the pond ever did reach that high pollutant threshold, it could lead to an e-coli outbreak. In response, Facility Management is issued to clean the pond weekly of trash and anything else deemed harmful.

“The pond area was already being cleaned, but not at a frequent enough basis until I brought it up to their attention,” Rana said.

Some of the most common waste that’s been found so far are water bottles, balloons, and Dining Hall garbage — such as traces of soda or food. Outside of ruining UTD’s environmental aesthetic, Rana said the weekly testing is necessary for both wildlife and storm draining. Not only would UTD’s local fish, turtles, avian animals, and snakes be directly harmed, but if this weekly cleaning hadn’t been issued, Rana warns everyone could have been ingesting toxins created by the muck of pollution.

“If we don’t keep up our good work, then the water would be affected, and for students, I just want to stress that pond water goes into our creeks,” Rana said. “Those creeks eventually merge with White Rock Lake, a source of drinking water for a lot of people, and while it may not affect you directly now; eventually you might end up being one of them because you will drink that water.”

The best way to preserve the pond is by throwing away trash appropriately, and Facility Management and Environmental Services are willing to compensate by providing trash disposal by the pond. Additionally, they warn that students should avoid pouring their drinks into these bodies of waters and stop leaving their pet’s feces by the waterbeds.

“Just be aware of your environment,” Rana said. “I know a lot of people just drink their water bottle and throw it, or if they’re drinking coke, they’re like, ‘Oh yeah, there’s a pond, just dump it’. That’s not a good idea, don’t do that… In general, just don’t try to leave trash entirely, and spread the word amongst your students and buddies to help.”

In another effort to contain healthy water quality, Rana offers to train students in Texas Stream Testing to help spread awareness, learn more about their impact, and preserve the waters of UTD. Through her training, Rana said students have already taken the initiative to maintain water quality and interact with the wildlife across UTD.

“I am so happy and impressed with all students that have attended Texas Stream Training and actively support our creeks and water,” Rana said. I think students are doing great, because I haven’t seen a lot of trash around the creeks or ponds when I’m walking, but just pick up after yourself or when you see trash.”