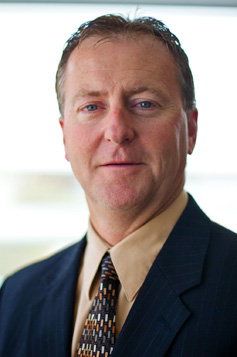 Dean of Students to replace Rachavong as VP Student Affairs

Correction: Gene Fitch is the Associate Vice President for Student Affairs. The Mercury regrets this error.

Fitch will be taking the place of Darrelene Rachavong, who will be retiring from the position in June.

“This is something that I’ve been training for for the last 25 years,” Fitch said. “So it’s the next natural step for me. I’m excited that it’s here, that I can continue my career at UTD and don’t have to worry about moving on.”

Fitch said the new job will come with greater, overarching responsibilities. He said some of these include identifying a vision for student affairs and putting the pieces in place to meet the goals he sets.

One of these goals is growing the number of on-campus residents.

“We’re just under 5, 000 (students) now, which is pretty much doubled in the six years since I’ve been here and that’s all attributed to Dr. Rachavong and the work that she did,” he said. “But we know there’s a demand from our student body that we have more on-campus housing … we can tell from wait lists that there’s a need and desire for more on-campus housing so we’re going to look at that over the next couple of months.”

He said the growth in residential space could be either from more apartments or residence halls, but Student Affairs is currently leaning towards bringing in more apartments. Fitch said that the university doesn’t currently have enough apartments for first-year students to transition to after they move out.

He also said he wants to grow fraternity and sorority life and collaborate more with faculty, including working more with the Living Learning Communities.

“Student Affairs is often looked at as the group that compliments what happens in the classroom,” he said. “I don’t argue that, we do a lot of great things that provide practical experiences for students, but I also want us to be looked at as partners alongside of our faculty partners.”

He said getting to know all of the new staff that he will be working on will be a challenge for him since there will be a larger number of staff he will now work with.

Fitch said it will be hard for him to live up to the legacy that Rachavong has left.

“I talk to students a lot about what they want their legacy to be and in her case, it’s like, ‘Take your pick,’” he said. “There’s so much that’s been attributed to her in terms of the on-campus housing that was non-existent five or six years ago. All of the traditions — the cheerleaders, the dancers, the fight song, mascot — all of that is attributed to her … There will be no filling her shoes, it’s just not going to happen. All I hope to do is be able to carry on what she has started.”

During his time as dean of students, Fitch has taken initiatives to include more student input in decisions Student Affairs has taken, including creating a discipline committee that involved students taking part in the discipline and conduct process.

He said he wants to continue receiving this input and collaborations from students in his new role.

“I think it’s a responsibility that I have,” he said. “It’s hard to say that I know what the students are thinking, what they’re doing if I’m not out there in the middle of it, meeting them, greeting them, finding out what they have to say. So I certainly see that as a piece that will continue.”

In a statement, President David Daniel said he is looking forward to working with Fitch in his new role.

“I have had the opportunity to work closely with Dr. Fitch on numerous occasions,” Daniel said. “He is a highly skilled, student-focused leader. He is well prepared to step into this key leadership position and to ensure that Student Affairs, from the Counseling Center to Student Housing, continues to meet the needs of our rapidly growing student body. In his role as Vice-President, I have asked Dr. Fitch to pay particular attention to the needs of a rapidly expanding university in activities such as on-campus housing, connecting students with our university, and further enhancing student success.”

Battle of The Best: Cindi’s vs. Deli News