Conversation with the director, cast of new ‘Texas Chainsaw Massacre’ 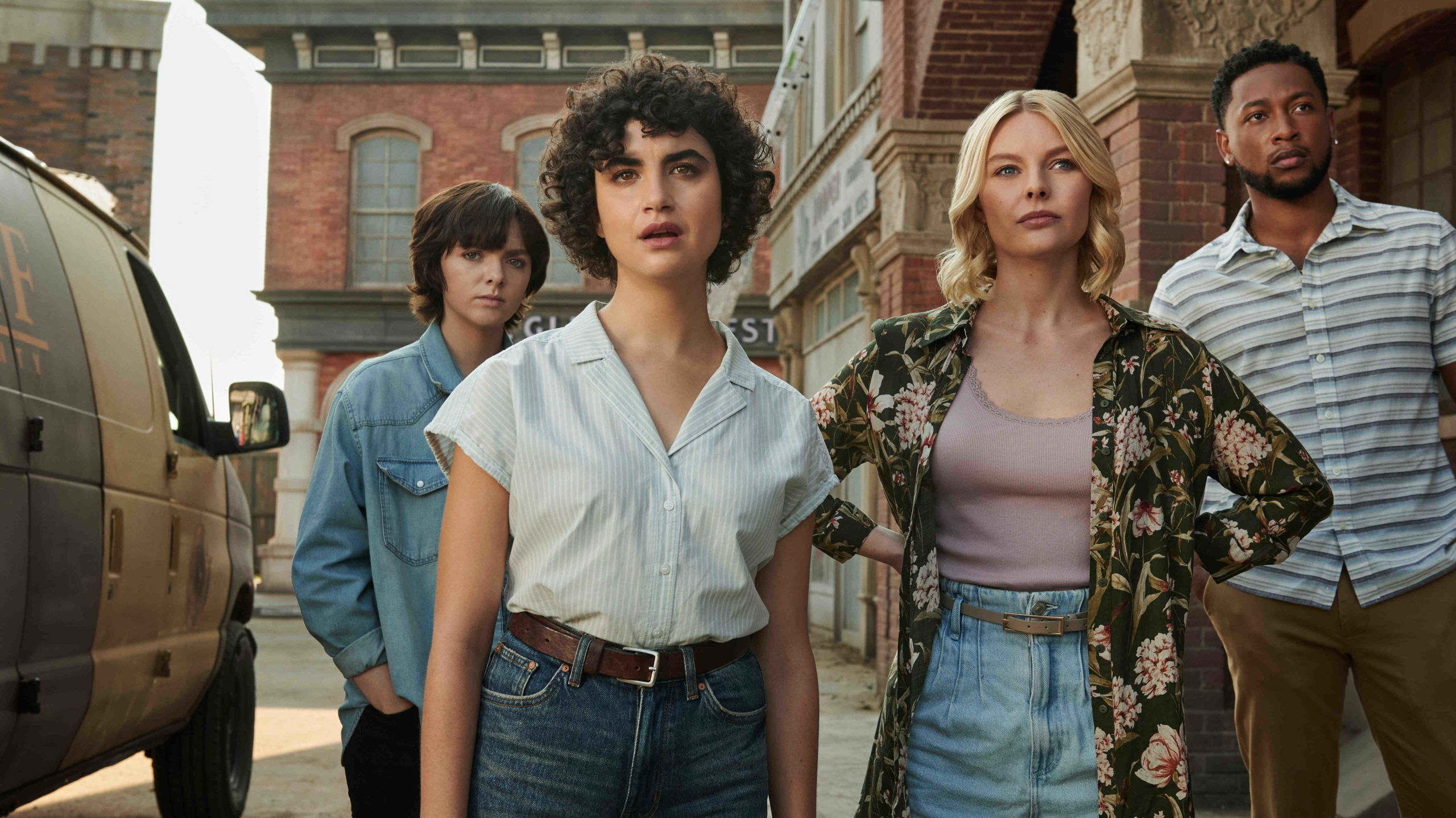 “Texas Chainsaw Massacre” (2022) follows its iconic 1974 predecessor in a blood-fueled extravaganza that will terrify (and delight) old fans and new viewers alike.

Director David Blue Garcia, an Emmy award winner, first gained recognition from his debut feature film “Tejano” and was later offered the directorial position for “Massacre.” He brings a modern twist to a concept that relies on the outdatedness of rural Texas, producing a sequel that touches on current social issues while also staying true to the original film.

“There is a lot of our culture and society in this film,” Garcia said. “It touches on a lot of subjects like gentrification and school shootings, guilt and running from the past. But it doesn’t necessarily preach any of those things, either. It’s part of their world, it’s a part of the characters, but it’s not telling the audience how to think. It’s also a fun slasher film.”

One demonstrative difference is Garcia’s choice of casting. Instead of actors that aligned with typical horror tropes (ie, blonde hair, blue eyes), he opted for Sarah Yarkin and Elsie Fisher, saying he enjoys that they look like normal college students. Yarkin, who plays leading lady Melody, discussed how involved the role of a horror heroine/victim was and the intense nature of filming.

“It was crazy,” Yarkin said. “When you read the script, you’re like: ‘it’s going to be gnarly, let’s get crazy, let’s get covered in shit and blood’. When you’re actually doing it, it’s totally insane. Like I was stuck under a bed for three days crying, or I’m crawling through a crawl space for three days covered in blood and poop. A lot of the movie is running from Leatherface or hiding, but at some points I get to take some action and I got to work with a stunt coordinator and that was really cool, to feel like I was an action hero.”

Fisher rose to fame after starring in Bo Burnham’s film“Eighth Grade”. Her character, Lila, has a backstory surrounding the events of a school shooting, leading to the actress focusing on trauma research for the role.

“A lot of the inspiration for Lila came from trying to do justice to Lila’s story,” Fisher said. “With [Lila] having been a survivor of a school shooting, that’s totally something that I wanted to give nuance and I did a lot of research on how people deal with trauma, and that’s how I crafted her into a dimensional person. A lot of people who deal with trauma are funny, and kind of jerks, which they’re totally allowed to be.”

The “final girl” is a common story in the horror genre (slasher films especially) where the lone survivor is typically a woman who confronts the killer and eventually shares her story. Fisher expresses the issues with the “final girl” trope, such as its predictability, and how this film subverts it.

“Being the final girl, I didn’t want to fall into those tropes if I could help it, because it really is a total tossup at the end who is going to survive,” Fisher said. “I feel like there is some sort of cosmic destiny where there can only be one person [to survive], and to me, Melody felt like that choice- and it was interesting to me that Lila ended up being the survivor.”

While it’s natural to root for the protagonists, some people tend to gravitate towards the antagonists and their “misunderstood” natures. However, Garcia said producer Fede Álvarez and original co-writer Kim Hinkle advised against focusing on the iconic antagonist Leatherface too much, and he emphasized the importance of balancing out the scenes that draw sympathy to horror icons.

“There is a tendency to want to humanize the villain, and see him in a different light,” Garcia said. “But we also want to make sure he is still the monster in the film. He is a terrible person, obviously, has a very unfortunate childhood and upbringing, so we can’t fully blame him for his actions. He’s still monstrous and he’s kind of an allegory for the worse and most violent parts of humankind. So, I didn’t want to humanize him too much, make it too sympathetic. But there are always going to be people in the audience cheering on Leatherface, as it’s a part of the fun.”

He also discussed the differences of remaking a low-budget original with modern technology, as the initial “Texas Chainsaw Massacre”relied heavily upon practical effects in order to film many gruesome scenes.

“The fun thing about the original is that it’s known for being very gory, but it’s really more psychological,” Garcia said. “A lot of the gore isn’t really on screen, it’s suggested through clever tricks and editing, and a lot of that is because of the time…There’s a shot in the original film where Leatherface falls and the chainsaw falls on his thigh and cuts into his thigh and the way they did that was put a metal plate on his thigh, under his jeans and a piece of steak. They had the actor drop a real running chainsaw onto his leg…that’s how low-budget this movie was.”’

In addition to special effects, Garcia said that the modern film environment and his production team also gave him more creative license with Leatherface’s kills in comparison to his predecessor.

“The thing is, with modern audiences, especially for slasher films, they’ve seen everything,” he said. “Fede Álvarez is known for making ‘Evil Dead’ and really pushing the boundaries of what you’re going to show to an audience, so he encouraged me to do that in this film, to get creative with the kills, creative with the gore, and really try to shock people and show them something they are never going to be able to forget.”