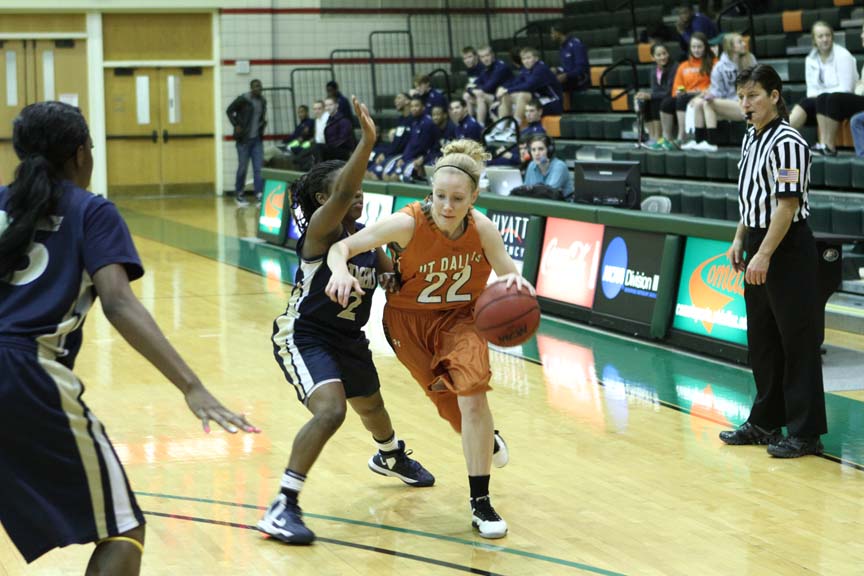 Yang Xi | Mercury Staff Sophomore guard Christina Brosnahan dribbles past an ETBU defender during UTD’s 67-57 win on Jan. 10 at home. She finished the game with a career-high 22 points, four rebounds, two assists and one steal. Named to the ASC East All-Freshman Team in her debut season, the interdisciplinary studies major hopes to have more performances like this.
Basketball
Sports

It was a perfect December for the Comets as they won all six December games plus two January games to claim eight straight wins.

The women’s basketball team (12-2, 8-1 ASC) remains second in the East, just behind Louisiana College, who holds a perfect conference record with a 9-0 record as of Jan. 11.

UTD defeated East Texas Baptist 67-57 at home on Jan. 10 to keep the chase alive for the divisional crown.

Sophomore guard Christina Brosnahan led the scoring with a career-high 22 points as the Comets came back from a five-point halftime deficit to seal the home victory.

The Comets enjoyed its holiday break with five wins out of six games, extending their winning streak to eight before falling to West-leading Howard Payne 76-62 at home on Jan. 5.

“The East is the tougher of the divisions this year with five teams really looking to battle for the four playoff spots,” head coach Polly Thomason said. “We helped ourselves a lot by taking care of business against the West teams, and we just need to make sure we are ready to play each and every day.”

Junior forward Morgan Kilgore was named the ASC East Division Women’s Basketball Player of the Week by the league on Jan. 3. She averaged 17.5 points, 5.5 rebounds, two steals and two blocks during the two non-conference games against Agnes Scott and Austin College on Dec. 29 and Jan. 1, respectively.

“We never once thought about how many games we had won or any kind of streak,” Thomason said.

When Sul Ross State came into town, the Comets humiliated their opponent 102-59, which was just seven points shy of the program record for most points. All 14 players on the roster were introduced into the game and scored at least two points with Kilgore and Brosnahan leading the pack with 14 points each.

The players will have their work cut out for them over the next seven weeks as they try to cement their place in the playoffs in the tougher division of the two, but Thomason is certain that her players will come through and play their best every day.

“We play one game at a time always focused on our current opponent,” Thomason said.

The Comets took on UT Tyler and Trinity on Jan. 12 and 14, respectively. They will travel to Louisiana for a conference match-up against current first-place Louisiana College on Jan. 17. 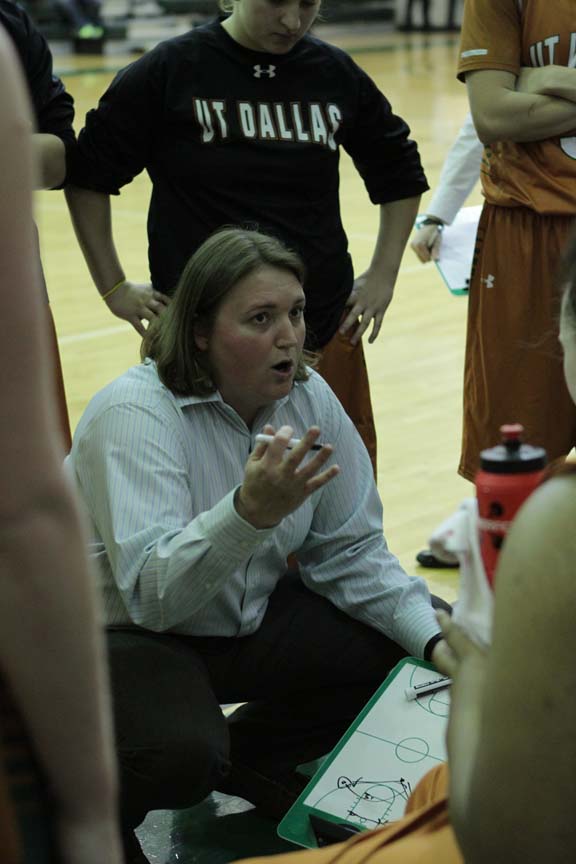