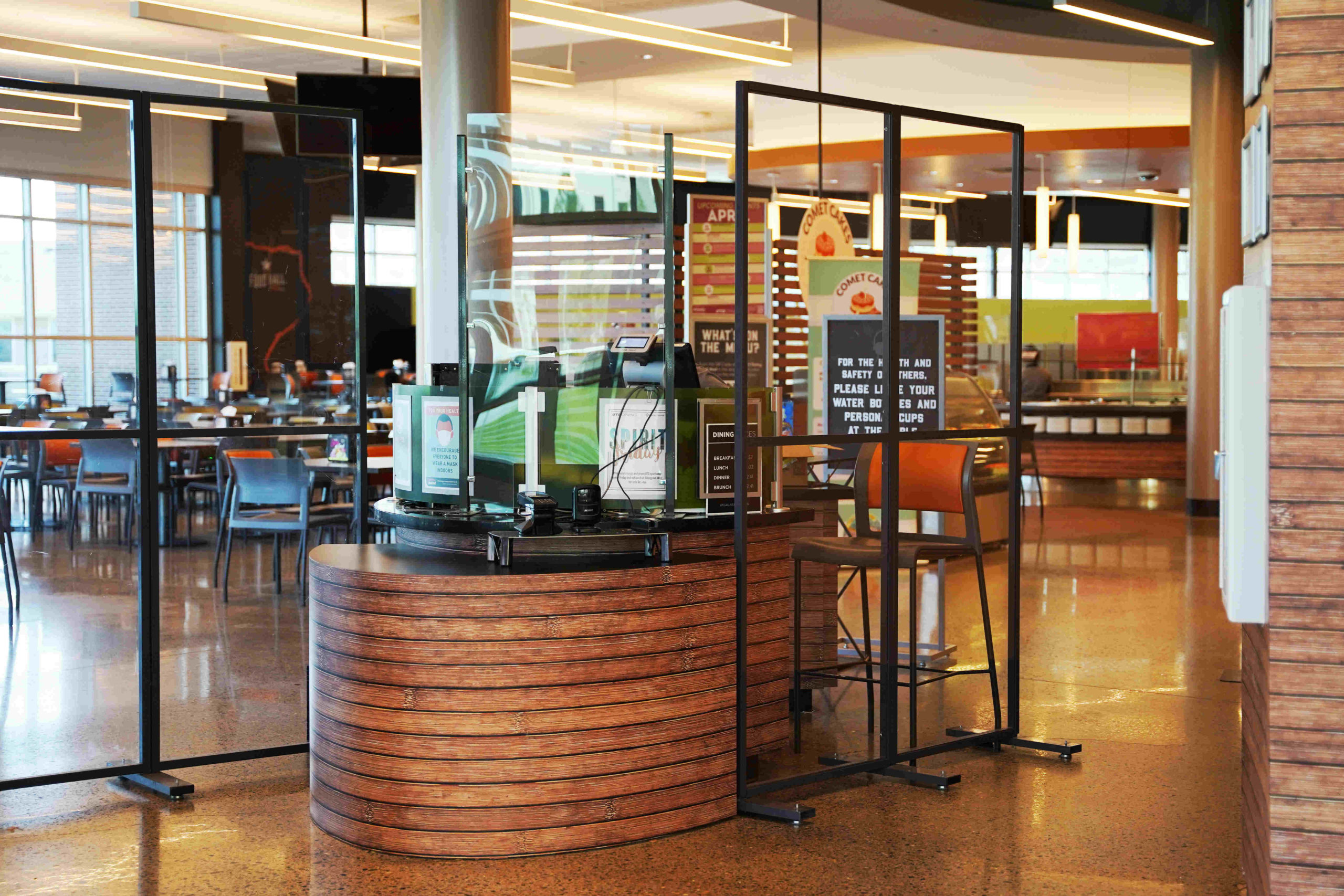 The Mercury spoke with three students who became ill after eating at Dining Hall West on March 29, though many more filed reports of sickness. The source of the illness is not clear, but all three became ill within 12 hours of eating either the chicken or the pasta. Computer science freshman Jack Hoggard attributed his sickness to the pasta.

“I had pizza, and pasta and some garlic bread, I think it was,” Hoggard said. “It started around midnight. I remember kind of an uneasy, like queasy feeling, and I thought: ‘Oh, I’ll just go to bed, it’ll go away.’ And I remember waking up at probably three in the morning, and I was just in and out of the bathroom—throwing up and then turning around immediately and having diarrhea. It was just kind of that cycle over and over again… until like 11 in the morning.”

UTD Dining said that the health of their guests is extremely important, and they commit to investigating all reports of issues immediately. Dining denied that Dining Hall West’s food was behind the reports of illness.

“UTD Dining was made aware that several students had stated they felt ill after eating a meal at Dining Hall West,” said Pam Stanley, director of Food &Retail Services with UTD Auxiliary Services, citing an emailed statement from Chartwells. “Then on April 7th, Dining Hall West received a visit by the local health department. Temperature logs, preparation steps and the equipment used were provided to the inspector. After a thorough inspection, the health inspector did not find any reason to believe the food would have been a cause of illness.”

UTD Dining encouraged any students experiencing illness to immediately report their symptoms to Dining Services, which will then conduct a detailed investigation into other complaints of illness and the status of the location, remaining food supplies and the supplier. Dining stressed that it has a strict program for food safety, including training for all Dining Managers and regular food safety inspections.

“UTD Dining is committed to consistently serving the best quality food, and serving this campus community safely is our top priority,” Stanley said. “Again, we encourage any student who is feeling ill to contact the UTD Student Health Center and report their issue to UTD Dining here: foodservice@utdallas.edu.”