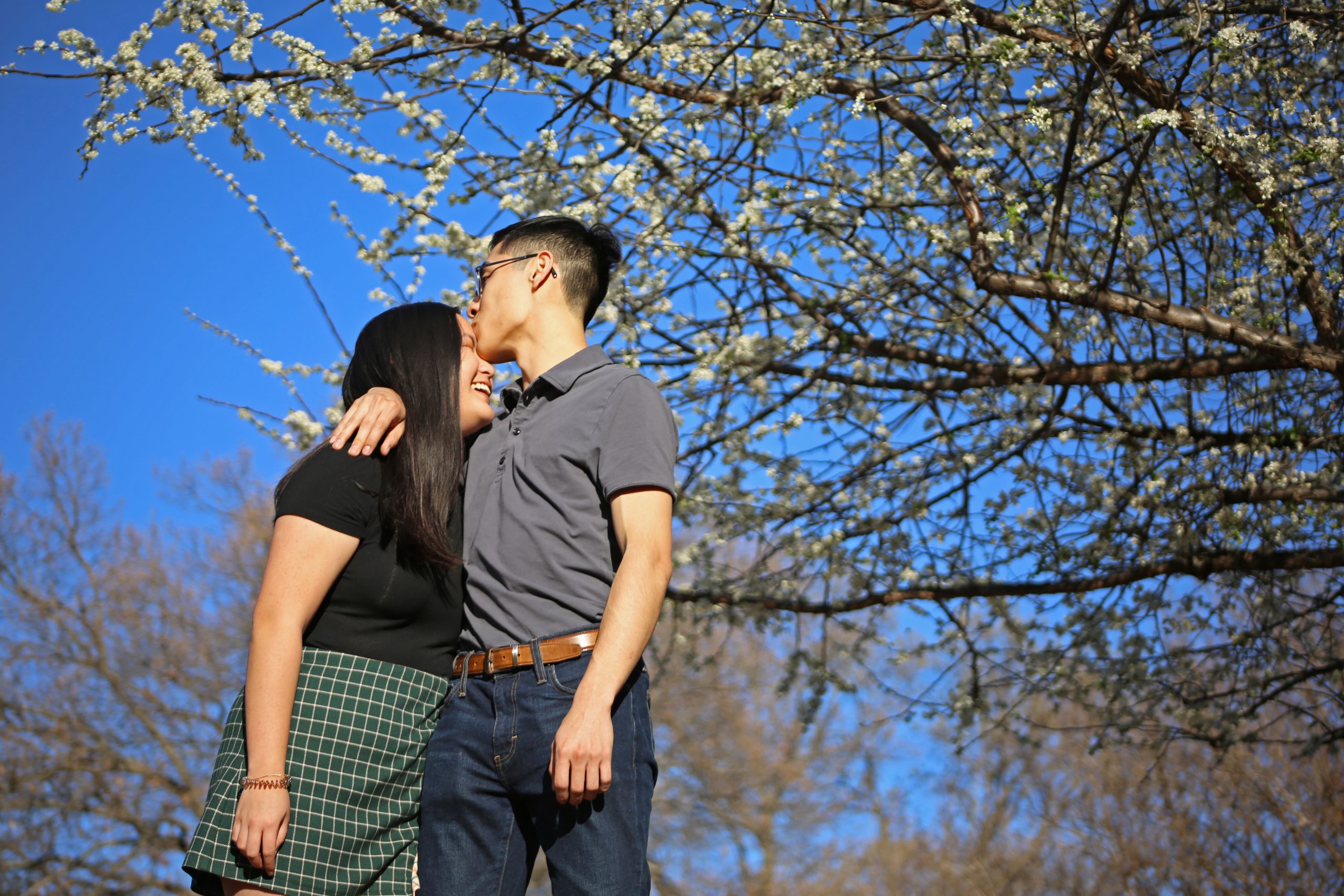 Inside romantic life at UTD

A  recent survey found that over 70% of UTD students want to be in relationships, but get held back by school, their personal lives and other commitments. While this may seem to prove the stereotype that there’s little to no love at UTD, students have figured out how to make their relationships work in healthy ways.

Mechanical engineering senior Janrose Samson was swiping through Tinder after Valentine’s Day when she matched with computer science graduate student Alejandro Mestanza, who didn’t look like he belonged on Tinder, she said. Later that night, he messaged her and they went on their first date the following Saturday.

“We ate and I don’t remember much, honestly, besides just smiling a lot and thinking, ‘Oh, he’s really cute.’ I talk a lot when I’m nervous,” Samson said. “I remember thinking near the end we got more quiet and awkward and ran out of things to talk about naturally. And then all of a sudden he’s like, ‘Well I mean do you want to get boba?’ He prolongs the date and I’m like, ‘Oh he does like me.’”

After their first date, she invited Mestanza over to her apartment for cookies she’d made. Three weeks later, Mestanza asked Samson to be his girlfriend. She said their relationship blossomed the more they hung out together, and after declaring their desire for a serious relationship, the pair have been inseparable. She said that while she didn’t believe in love at first sight, she felt good looking at Mestanza’s profile and she was open to the idea of seeing where it went.

“I truly wasn’t looking for a relationship at that point. But then I think I was in a good place because of that. I wasn’t looking for one anymore,” Samson said. “I was more happy with myself, you know? So I think that’s when you actually find a good relationship. It’s when you’re at peace with yourself and you’re just putting your best foot out there because that’s what you attract.”

In a Mercury survey of 143 students, 33.6% of respondents said they were in relationships. Of those respondents, 32.6% met online, like Samson and Mestanza. It’s been nearly 10 months since they first met, and Mestanza said they keep their relationship going through honest communication and by making efforts to understand each other’s viewpoints.

The two frequently spend time together hanging out at Samson’s apartment, trying new foods at local restaurants and doing homework together in campus labs. Samson said Mestanza will come to her Anime Orchestra Ensemble concerts and Society of Women Engineers events frequently and help her with her homework.

“I was struggling on an assignment. He came in clutch, you know? I mean, as a (computer science) grad student, he’s just so smart,” she said. “I feel like it’ll take me hours to think about something or figure something out and he’ll come and just like help me in like 30 minutes and I’m like, wow.”

60.1% of survey respondents said they weren’t in relationships. Common reasons included not meeting the right person, having other priorities or not wanting to commit, among other things. Nearly 40% of respondents hadn’t been on any dates. Of those respondents, 62.1% said they hadn’t been asked.

Before his relationship, Mestanza said, he perpetuated the stereotype of a lack of love at UTD. Being single for most of his time at UTD and having low self-esteem, Mestanza said it was easy to feel sad about not being in a relationship.

“I feel like it’s really easy to get into a self-perpetuating cycle of feeling sad because you’re not with anybody, so seeing yourself as lower (and) feeling sad about it. At some point I do agree with it,” he said. “You just have to leave yourself open to the possibility that things could happen and you know, work on yourself first and make sure you’re not in a bad place.”