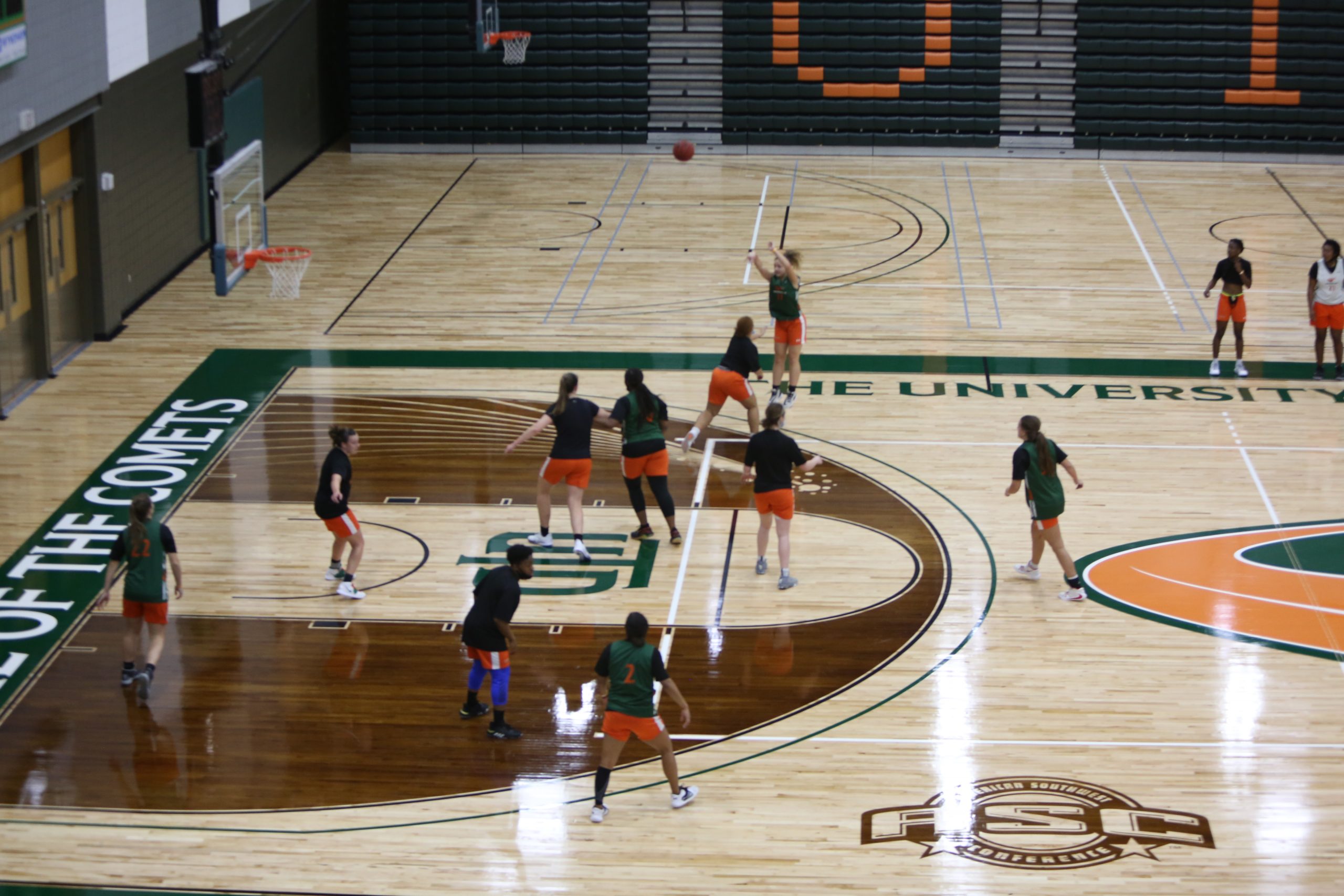 Early into their 2020-21 seasons, the UTD men’s and women’s basketball teams are entering the spring semester with several wins under their belts.

With a current record of 7-2, the women’s team has seen a string of victories over long-time competitors. This includes their Jan. 7 victory against the University of Mary Hardin-Baylor Crusaders, who eliminated the Comets from the 2020 D-III National Tournament.

The women’s team’s early success comes despite the loss of six upperclassmen from the 2019-20 season. The current roster hosts 11 freshman players, the largest freshman class since the 2008-09 season.

In addition to a preseason loss against Stephen F. Austin University, the women’s team lost their matchups against East Texas Baptist University and Howard Payne University. Both games came within four points of a victory for the Comets.

With two losses under their belts, the Comets’ 2020-21 season has begun on a more successful note than their last season, which saw the women’s team take four losses by this time. However, they will be playing far fewer games this season, with six having already been cancelled.

As a result of existing cancellations, the women’s team’s 2020-21 season will not include games against regular division contenders like the Sul Ross State Lobos and the UNT-Dallas Trailblazers. The Comets’ second season match against the HPU Yellowjackets has also been cancelled.

Meanwhile, the men’s team has had a comparatively uneventful season, playing five games for a current record of 4-2. Apart from having numerous games cancelled themselves, the men’s team did not compete in the same preseason games and tournaments that the women’s team did.

The men’s team’s two victories came against the SRS Lobos and HPU Yellowjackets, both games ending within a margin of 10 points.

With two to three players testing positive for COVID-19 at a time, Butterfield said that the team’s intermittent schedule was often paused for individual cases. Complying with existing university and NCAA safety precautions became more frustrating as the season progressed, he said.

“I just think about the big picture and that all our guys have been returned to health,” Butterfield said. “I think we all try to keep perspective. As important as this is to us, it’s still just basketball and a lot of people are going through a lot worse.”

The current season’s sparse competition schedule came as a disappointment to guard and finance senior Dimitrius Underwood, who is finishing out his fifth and final season with the Comets. Having only recently recovered from a wrist injury, he was unable to participate in much of the 2019-20 season.

“I’m just glad to be able to play any games,” Underwood said. “I love the guys that I’m playing with now, and so for me, just being able to be around them every day, even if we don’t get to play a lot of games, is a blessing.”

Looking toward the remainder of the season, Underwood said that he was particularly worried about the potential cancellation of the NCAA Division-III Tournament. However, he predicted that his team members’ recovery from COVID-19 would allow the team to play more games during the rest of the season.

Despite the team’s recent inactivity, Butterfield said that he has high hopes for the team’s future success thanks to their more rested state.

“I don’t think we can be anything but optimistic. We have a great group of guys, and I feel like we have a lot of potential to play at a high level this year,” Butterfield said. “The bulk of our games are still in front of us. We’ve just started up.”