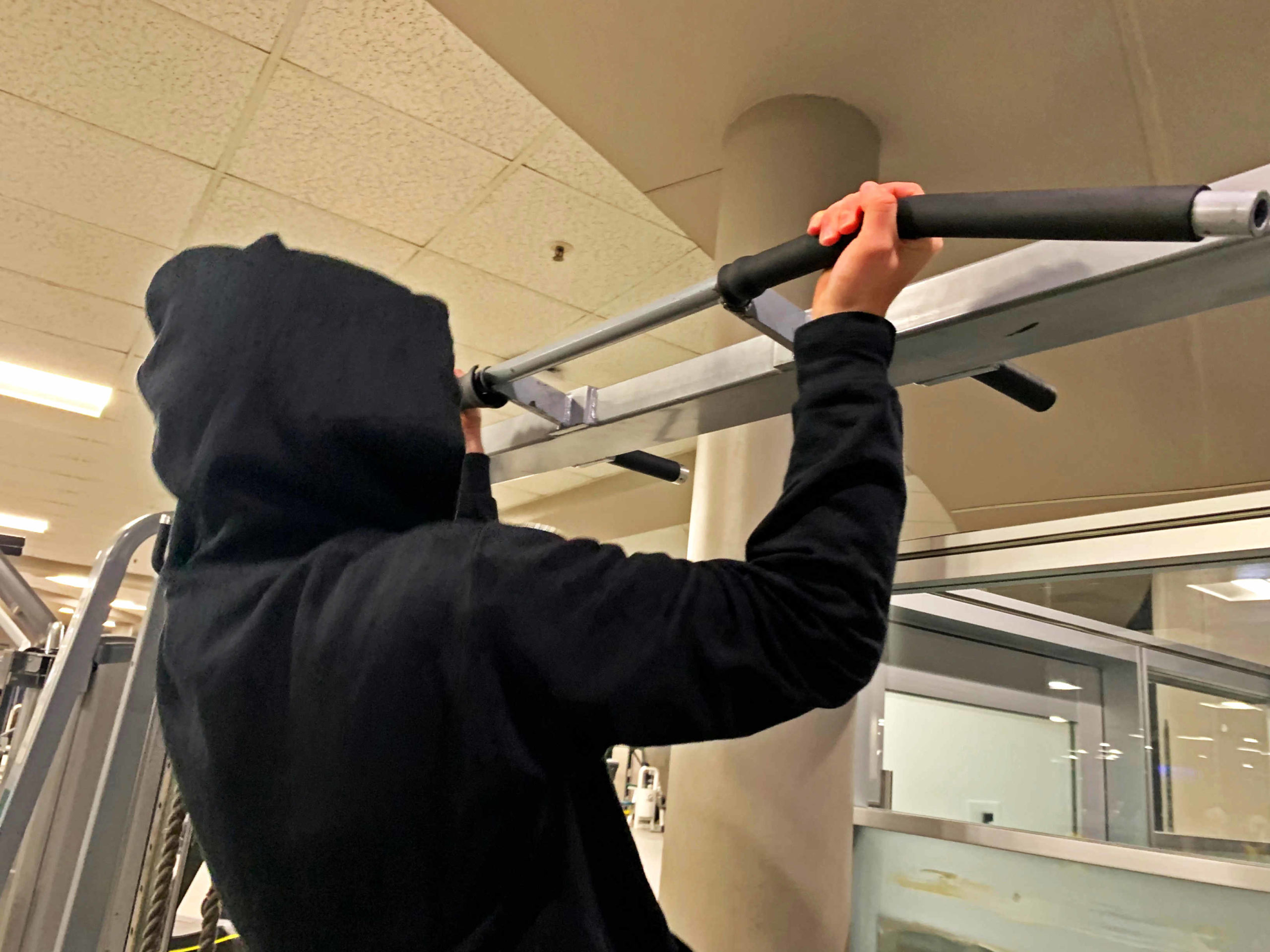 An outdoor calisthenics park would be a relatively affordable way to give Comets more spaces in which to practice bodyweight exercises, like pullups. Photo by Ben Nguyen | Managing Editor

The UTD gym does not provide enough space for students. This crowding problem will only get worse as the university grows, but all hope is not lost. Consider the idea of using the outdoor space already available on campus, instead of the hundreds of thousands of square footage involved in building a new facility. This space would then be home to a few pull-up bars and dip bars. What we have is a cost effective and timely solution: a calisthenics park.

UTD is a fast-growing university. In 2008, the student population was approximately 14,000. Today, the student population is just over 29,000 Comets. With this in mind, it makes sense that the school’s largely unrenovated gym facilities can no longer accommodate students properly. The Mercury article, “More waits than weights” explores this capacity issue in more detail.

Naturally, it would be nice to have another gym; if only it were so simple. A project for a new facility could take years to generate funding and approval. It would cost a lot of money to build, as well. As an example, Texas A&M recently approved the construction of a new recreation center, with an estimated cost of $35 million. Even if there were sufficient funding for a similar project at UTD, the facility has to be filled with treadmills, weight racks, weight plates, dumbbells, barbells, kettlebells, cable machines, benches and bicycles; all of which would be very expensive. By comparison, a calisthenics park would be much less expensive and significantly quicker to build.

First of all, it would be a waste not to take advantage of UTD’s beautiful campus and nice weather. An outdoor environment encourages people to interact. The calisthenics parks that I have visited always have a friendly, open vibe. There is a strong sense of community and willingness to learn from each other. These parks are also accessible to all levels; from advanced athletes doing planches to those just learning pull-ups, everyone is welcome. It is all about using the environment to make the workout challenging for you. This is one of the most unique and beautiful things about this sport.

Alternatively, the patch of grass right behind the area, around the food truck park and ECSN, is also a fantastic spot. A few trees may need to be removed to make a more open space, but this area is otherwise unused. It perfectly accommodates a few pullup bars, a dip bar and maybe even a pushup bar. A small, simple calisthenics station would be ideal here, right in the heart of the UTD campus. Only the squirrels and rabbits would be bothered.

Building a calisthenics park does not cost millions of dollars and takes far less time to build than a new recreation facility. If UTD were to have a top-tier calisthenics park, the best of the best quality, it would probably cost at about $10,000. That is how much a custom setup by BarManiaPro, a company that builds custom workout parks in Europe, costs. A pre-designed park would be cheaper— Fit-Trail, for example, offers sets ranging between $6,000 to $9,000. There are dozens of YouTube videos of people constructing DIY calisthenics parks in their yards using basic hardware supplies, as well; that has the potential for student involvement. Regardless, even the most expensive workout stations are still far cheaper than a new gym. The cost could add up if various spots are built on campus, but one park alone can make a difference.

Ultimately, a calisthenic park is viable alternative to expanding the gym and would provide students with more options in the short-term. An outdoor park can be a place for students to stay healthy, challenge each other, learn skills, share passion, have fun, and make connections. UTD should explore opportunities for incorporating such a structure into well-situated places on campus.