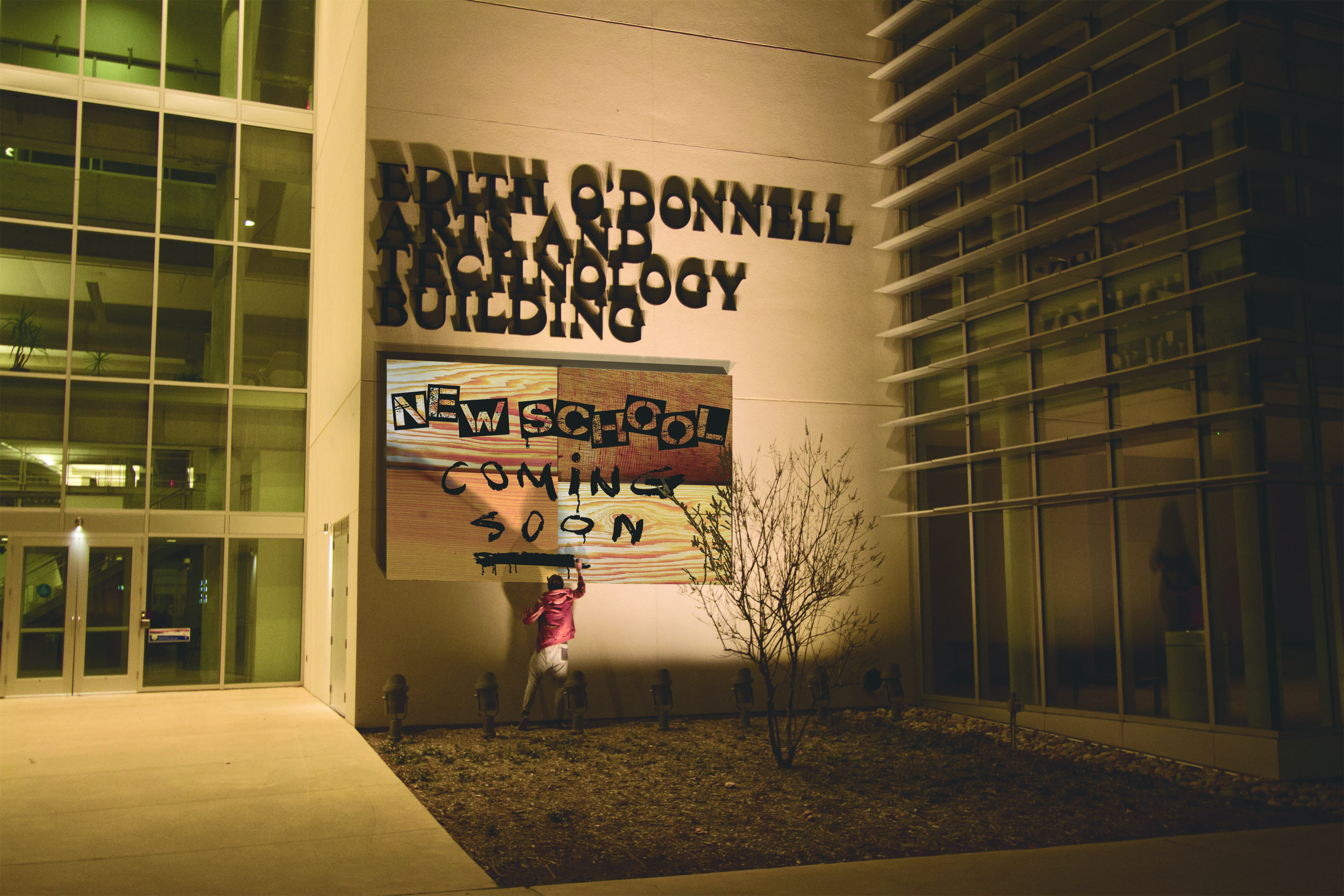 Board of regents approves ATEC school

The UT System Board of Regents approved the creation of a new Arts, Technology and Emerging Communication school on Feb. 12.

The new school, set to start in September, will take with it close to 1,300 students currently in the School of Arts and

Humanities and six degree programs associated with ATEC and EMAC. It is expected to help both schools grow in the future, said UTD President David Daniel

“ATEC, with its own dean and an even better spotlight on the wonderful work there, will be in a better position to go raise private dollars for scholarships, support for research and other resources that will benefit our students,” Daniel said. “At the same time, the School of Arts and Humanities in the post-ATEC and -EMAC era, I think, can focus on the things that are important to their future as well — again, raising dollars to support arts and humanities, creating new programs and so forth.”

Provost Hobson Wildenthal said the idea of a separate school for these programs emerged in fall 2014.

“When a group of individuals becomes reasonably distinct from another group of individuals, in this case, even physical separation to a degree but mainly the social structure of the standards they achieve, diverge, it makes sense to not force them together but to let each group take charge of its own destiny,” he said.

Students, for the most part, have welcomed this new development, said Todd Fechter, interim director for ATEC.

Within the next few months, a lot of decisions need to be made about the future of the program, he said.

The creation of the new school will allow the ATEC program to develop new courses and concentrations, and provide students with the opportunity to pick from a variety of diverse options, Fechter said.

“We’re looking for problem spots that we can improve upon, collaborations within ATEC and also with other schools which is Computer Science Engineering, Brain and Behavioral Sciences and Arts and Humanities,” he said. “So, we’re now just in the evaluation process of what are the opportunities we have in front of us, what new opportunities we’re looking to build within the university and also with corporate partners and with outside research.”

One of the factors that contributed toward the decision to create a new school stemmed from the different nature of research that ATEC programs have in comparison to the more classical humanities courses like history or literature, particularly while evaluating doctoral dissertations, Wildenthal said.

Another factor was the level of potential collaborations between research in ATEC and those in computer science, engineering and brain and behavioral sciences, he said. Collaborations between ATEC and arts and humanities is strong and will continue to exist, said Judd Bradbury, an ATEC doctoral student and a senior lecturer in the Jindal School of Management.

“I think the reality, from what I hear from ATEC faculty members specifically, is a good cross-section of them (have) their backgrounds in humanities and they’re very diligent about making sure that there’s a really strong bridge that continues and I would even suggest that it’s the strongest bridge,” he said.

In recent years, there have been more collaborative projects with the computer science and brain sciences programs, he said. Bradbury’s own work is in the area of data visualization and he uses a fair amount of algorithm building and cognitive sciences. He said that areas like gaming, visualization and e-marketing are becoming core technical skills required by companies.

Facilitating such collaborations between other schools was part of the reason the administration decided to create the School of ATEC in order to put it on an equal footing with other schools, Wildenthal said.

The impact of such collaborations are also expected to be reflected in the choices of prescribed electives for ATEC and EMAC undergraduates, and it will be particularly invaluable for EMAC students, said Stephanie Brisendine, EMAC senior and president of the User Experience Club.

With the new school encouraging collaboration, there is expected to be a wider range of options for students to choose from, she said. In the past three years, the programs have hired several faculty members with industrial expertise, which have amped up collaboration, Bradbury said.

Faculty in the new ATEC school will be expected to go out and win research grants and projects from outside the university in order to facilitate better quality of research and growth, Fechter said. Some of these projects are well underway with various agencies and companies like the U.S. Army and Real Effects, a Dallas-based animation company.

The creation of a new school sends out a message of serious intent and commitment to not only other academics working in the field but also to the industrial community, Bradbury said. While many of the larger entertainment studios continue to be in California, those are not the only sources of collaboration in the ATEC field, he said. An industry veteran himself, Bradbury said Dallas, with its large base of creative media and advertising, is ripe for collaboration with the new school.

The creation of a new school has opened up possibilities of growth for both the School of Arts and Humanities and ATEC in several different directions.

“I think there are concerns that have been expressed particularly from folks who are focused exclusively on humanities that it might be a big change or a split… and I identify with those feelings,” Bradbury said. “Having been a change agent for a long time in the corporate world, I’ve heard those same sentiments from a lot of my clients.”

Daniel said the first major administrative step is to hire a new dean for the school. As the nationwide search for a dean continues, student and faculty input will be taken to decide the directions in which both the schools would like to go. To that effect, two committees, an ATEC Task Force and an Arts and Humanities Strategic Planning Task Force will be instituted and nominations for both committees from faculty and students are being accepted at the moment, Daniel announced in an email to students and faculty on Feb. 16.

Benchmarking the school against leaders in the field like the MIT Media Labs in California is another challenge, as the new school must be on par with nationwide standards, Wildenthal said. MFA and Ph.D. students in ATEC met with research faculty on Feb. 13 to discuss the future of the program, Bradbury said.

Among other benchmarks discussed, one important standard under consideration for the new school will be the provision of funding and support in the form of research and teaching assistantships to attract international students to the doctoral program, he said.

Meanwhile, EMAC students are hoping to see major growth in their own programs, Brisendine said. It is very important for the program to debunk the myth that EMAC trains students to be social media managers, she said.

Both ATEC and EMAC are fluid and adaptive programs so that there is a lack of rigidity in the course structure, Brisendine and Bradbury said.

“I think most students don’t understand that structure, and so, they are left wandering the vague lines of EMAC, and they don’t know what to do with themselves,” Brisendine said. “… If you create a structure more permanent, that would leave less room for flexibility and adaptability. Finding that balance to where students are not necessarily lost but they know where they’re going (is important).”

Another problem with the EMAC program is that students often think of it as an easy program, not quite understanding how much effort has to go in if the student wants to be competitive in the job market, she said.

“If it were up to me and my limited knowledge, I would probably project EMAC as a degree for self-starters, a degree for people who are driven and ambitious, can figure things out on their own and don’t need their hands held,” Brisendine said.

A similar problem was raised by Leslie McMillin, a former ATEC doctoral student in the design program. In the nascent days of the doctoral program, she and her colleagues had to sit in master’s level courses, and sometimes even in freshmen level courses, she said. It reduced the level of discourse in class and it seemed as if they weren’t learning any more than they had in their MFA program, she said. Doctoral students were only required to take two core courses and several independent study courses, which isn’t a standard for other schools.

The ATEC doctoral program is the youngest in the university, and a lack of faculty combined with the young age of the program contributed to these problems, which will be addressed as the new school hires more qualified faculty, Wildenthal said.

The other goal is to actually create a favorable situation for students to enroll in these programs by providing scholarships, Daniel said. For arts and humanities, the aim will be to improve performance facilities, expanding classical disciplines and perhaps even increasing tenured faculty positions in the performance arts, Wildenthal said.

The focus will be to move forward with the program in a way that will combine the university’s commitment to engineering and the sciences with a similar commitment to the creative arts and humanities, said Dennis Kratz, dean of the School of Arts and Humanities, in a statement to The Mercury. 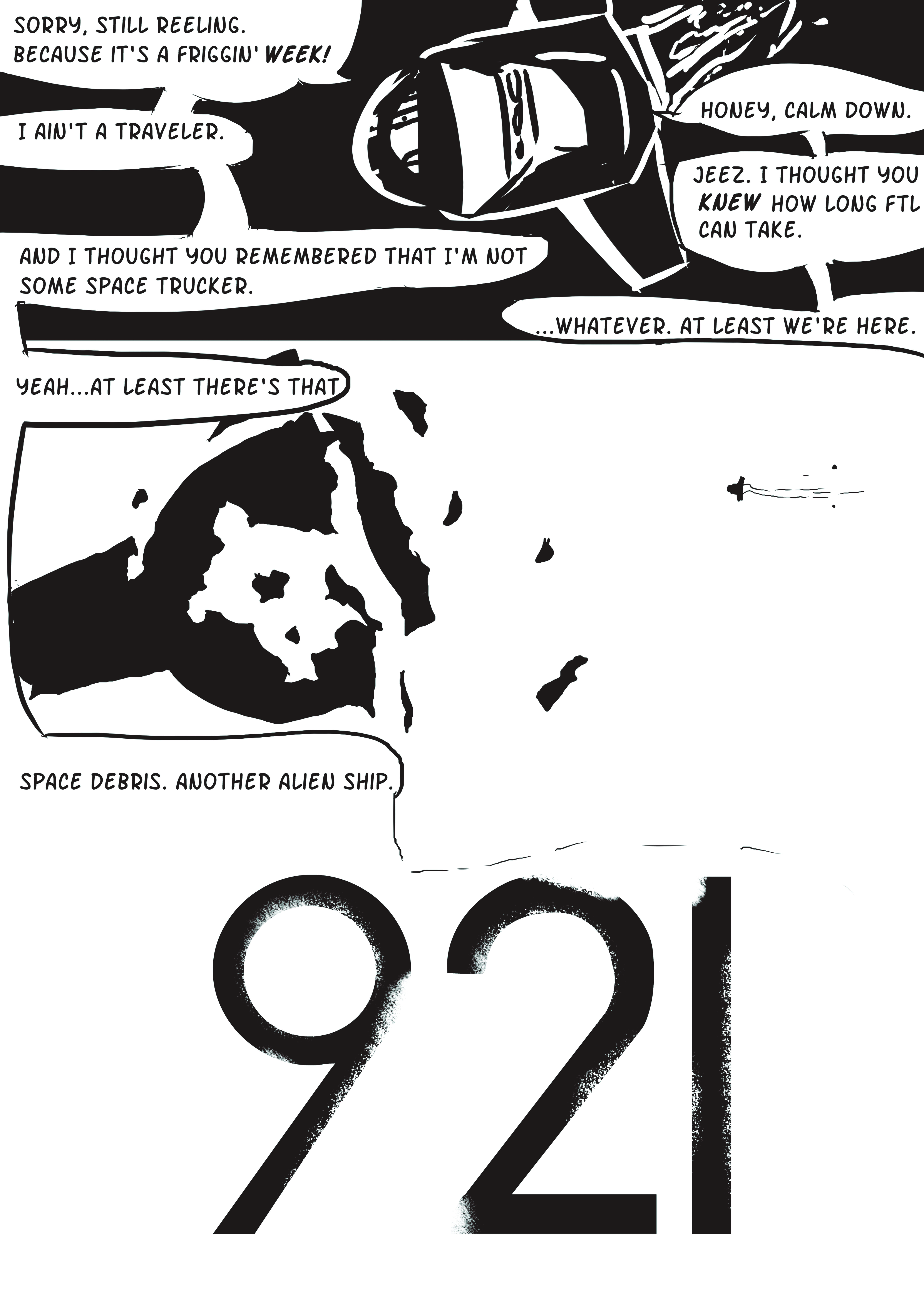