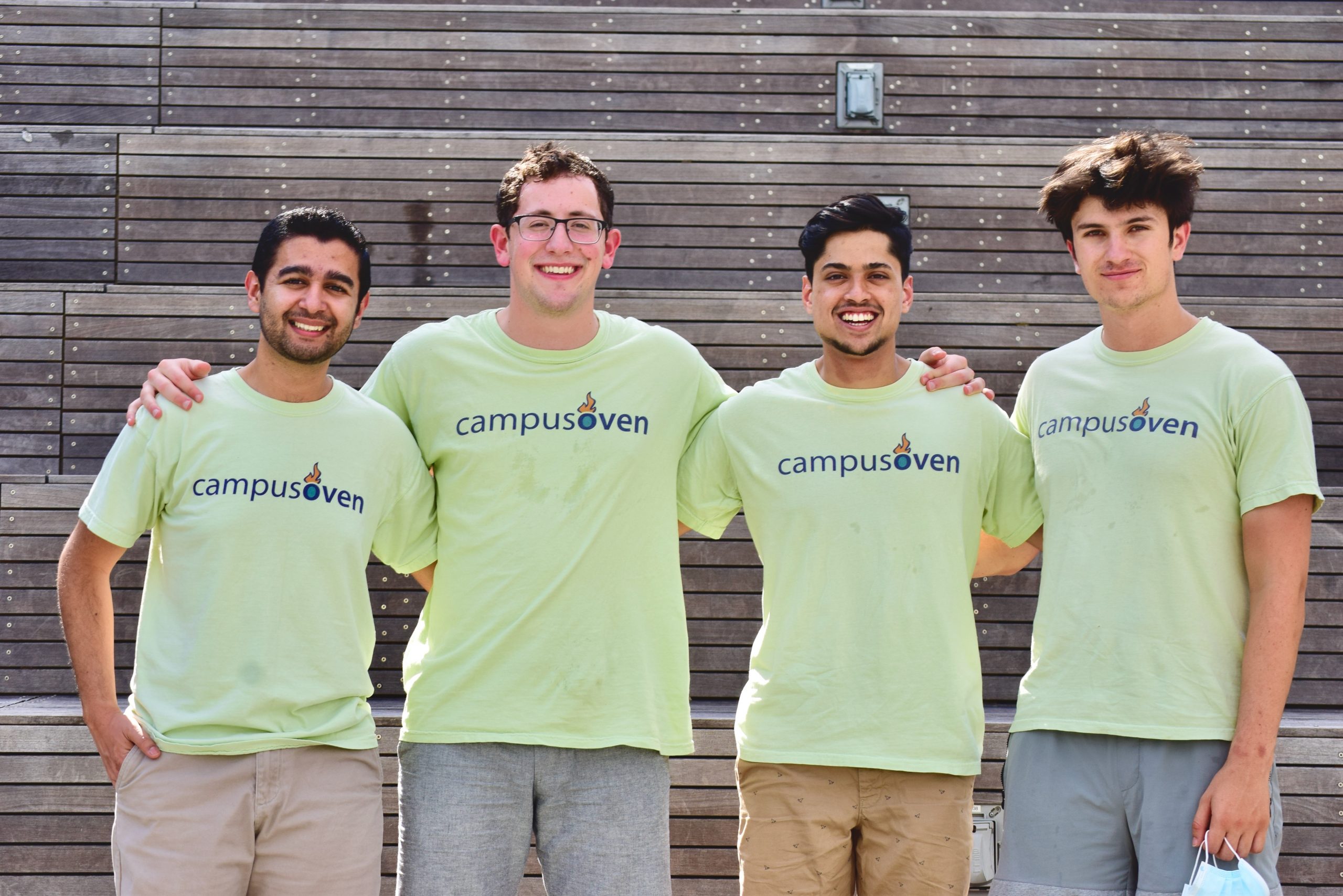 Ten UTD students and alumni were named to the 2020 NTX Inno 25 Under 25 List, which features young entrepreneurs who are driving innovation and making a difference in the North Texas region and beyond.

NTX Inno is part of a network of similar publications that focus on innovation and entrepreneurship in metropolitan areas across the United States. This is the second year that the list has been published.

Many of the UTD-affiliated individuals named to the list were nominated by Dresden Goldberg, Director of Programs and Operations for the Institute for Innovation and Entrepreneurship. The students, Goldberg said, are all dedicated to their businesses and are very active in the startup community.

The startups, ranging from social meet-up apps to a reservation system to help local businesses during COVID-19, were primarily founded to make a difference in the community.

In April 2020, healthcare studies senior Ramzi Taim co-founded nonprofit Cooked-19, which delivers fresh meals to healthcare workers. The nonprofit began by delivering to hospitals in Dallas but has since then expanded to Arlington and San Antonio. While it is currently donation and sponsorship driven, Taim said that members are working toward a greater degree of self-sustainability. They’d also like to expand Cooked-19’s focus to serve communities that have been disproportionately impacted by the pandemic.

Taim would like to go into public health, but he’s also interested in the connection that it has with business. He said he likes listening to other people’s ideas and is excited about the impact that innovation can have on underserved communities.

“I really enjoy connecting with the team members,” Taim said. “I like interacting with some of our partners, like some of the restaurants and hospitals and really seeing the kind of impact that it makes in their day.”

One organization that Cooked-19 partnered with to deliver meals is CampusOven, founded by computer science senior Rohit Shenoy, finance and actuarial science alumnus Gaurav Sethi and two of their friends. After personally experiencing the difficulty of finding healthy, budget-friendly food on campus, Sethi said that they saw a need for an alternative. Enter CampusOven: a meal preparation and delivery service for UTD students that focuses on fresh, affordable and convenient meals.

The team has received a lot of guidance from UTD faculty, Sethi said, which has given CampusOven the opportunity and bandwidth to flourish and grow. They’ve recently expanded beyond UTD and have started delivering meals to SMU students.

“It’s exciting we’re growing,” said Sethi. “There’s definitely still a lot of awareness that we want to push, a lot of education we want to give students in terms of nutrition, in terms of affordability, to really show them how we can help.”

Featured entrepreneurs don’t just include food-related enterprisers. What began as a project in a marketing class last spring turned into a way for Orenda Change founders Zara Kabir, a marketing and political science junior, and Francisca Li, a finance junior, to support social justice movements.

Their business, which sells t-shirts and sweatshirts designed by Kabir, donates a percentage of the proceeds from each sale to one of four different social justice organizations, including Black Lives Matter, the Save Uighur Campaign and organizations that provide relief for the Yemen humanitarian crisis and COVID-19, said Kabir.

“Orenda comes from an Iroquois Indian word that basically talks about our spiritual force within us to go out and do change in the world,” said Kabir. “We thought that fits the description of the social change that we wanted to inspire within young people.”

Vikram Chakravarthula, who graduated in 2018 with a bachelor’s in supply chain management, co-founded wearable tech startup Sahai with his brother. Sahai – meaning “to assist” in Sanskrit –  is focused, said Chakravarthula, on developing wearable technology to help people experiencing vision loss with navigation and mobility.

Chakravarthula has been utilizing his expertise in supply chain management as they prepare to launch the product and appreciates the flexibility and freedom that working in entrepreneurship has offered him. That flexibility is especially important now, as Sahai has had to pivot his company’s production plans in response to COVID-19. Now, they’re working to create and launch an app that aids in accessibility for the visually impaired.

“As part of this we actually went to the American Foundation for the Blind,” Chakravarthula said. “I firsthand saw the kind of things that they do and the kind of thing that actually affects them, and it just makes me happy that I’m doing something to help them in their life. What excites me is actually using the technology that’s coming forward and using that to help even more people.”

The students honored on the 25 Under 25 list come from diverse academic backgrounds, which Goldberg sees as one of the advantages of entrepreneurship, especially at UTD.

‘I’ve gone and there’s been well over 10 people all in this small area, and no one’s wearing a mask’