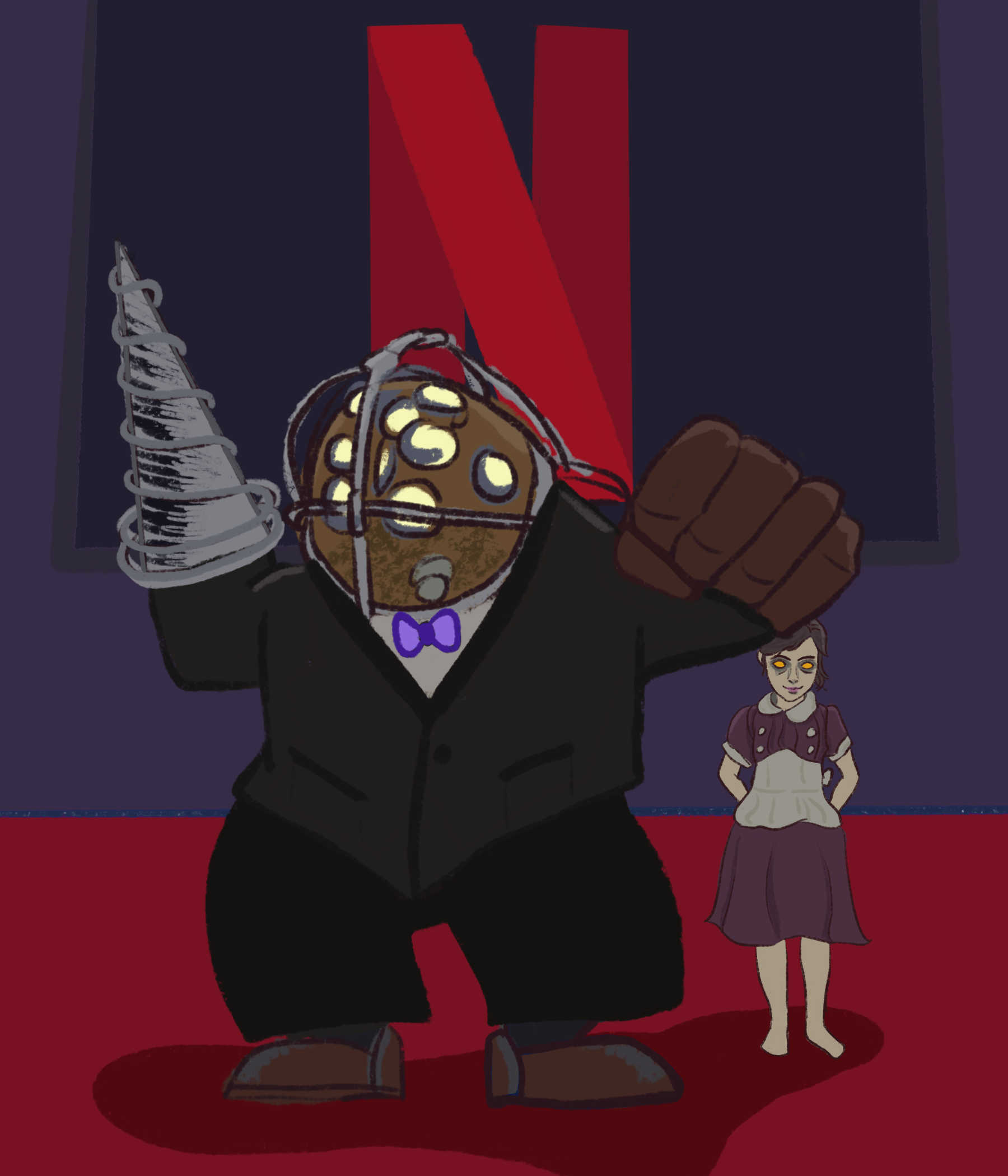 With Netflix announcing plans for a “Bioshock” feature film, I decided to revisit the legendary game series to remind myself of its industry-changing influence. And let me tell you — it’s worth getting into before the film releases.

Netflix is promising to reimagine “Bioshock”as a feature film exploring the iconic seafloor city of Rapture, capturing its story of political upheaval and addiction to superpower-giving drugs which turn neighbor against neighbor within claustrophobic metal corridors. I could not be more excited. Anyone who played the first two games – from which the film will be taking inspiration– can remember their immersive and unique environments, ever-quotable dialogue and impeccable plot that few other games can surpass to this day. The first “Bioshock”set the bar for every game after it, and now Netflix, a streaming giant with experience in video game adaptations, can use the title to shake the streaming world. Two of the biggest points that will immediately interest players, and hopefully be reflected in the film, are the engaging environment and the lasting narrative.

One of the elements I’m most excited to see reimagined in live-action is the city of Rapture. “There Are No Gods or Kings, Only Man” in this physical reflection of a scientific revolution corrupted to ruin by greed and self-serving agendas, a setting as relevant now as ever. The game’s artwork and design of the city and its inhabitants so well encapsulated the still-popular 1960s idea of American exceptionalism that it was acknowledged by the Smithsonian Institution, where the game art was put on exhibit in 2011. To this day, I can still remember when I was first introduced to the jaw-dropping scope of its exterior, and I’m still entranced by the memorable layout and details. I know I’m not the only one either: that trademark “Bioshock” design and music are still replicated in fan-made merchandise to this day, despite the game having been released 15 years ago.

However, it wasn’t just the setting that sold 2.2 million copies within its first year. Just as important was its universally-acclaimed plot. “Bioshock”was the first game that made me question my morals, and subsequently was the first one to also drop my jaw more than once at each new narrative development. The plot of the initial “Bioshock”sent shockwaves across the gaming industry, as it was the very first video game to break into mainstream media on the strength of the medium as narrative art, rather than because of controversy (e.g. “Doom”and “MortalKombat”) or sheer sales numbers (e.g. “Tetris”and “Mario”).

The illusion of individual control and its RPG aspect were crafted so exceptionally well that several games have tried replicating since. After “Bioshock”,a plethora of games began implementing the combined shooter-RPG model; “Fallout”(which didn’t become an AAA shooter until after the success of “Bioshock”), “Borderlands” and “Destiny”all are a few examples of games that took cues from what “Bioshock”did right. And while there’s no promise that the “Bioshock”film will follow the game’s plot, Netflix will surely find a way to excite audiences with a new and expertly-crafted plot as it did with “Arcane”and “Castlevania”.

All in all, Netflix has the rights to a highly influential game, known for its environment and plot that fans have been craving for a decade. “Bioshock”- whether it remains just as the planned feature film, or if it gets “The Witcher” treatment of an expanded universe- will be impactful and excite audiences from all corners of the world. Maybe we’ll see the currently-in-development fourth installment of the game release alongside the anticipated feature film but until then, I’ll be kindly reliving the past titles’ excitement until the film’s release.