Stigma surrounding mental health discourse in athletics must be erradicated 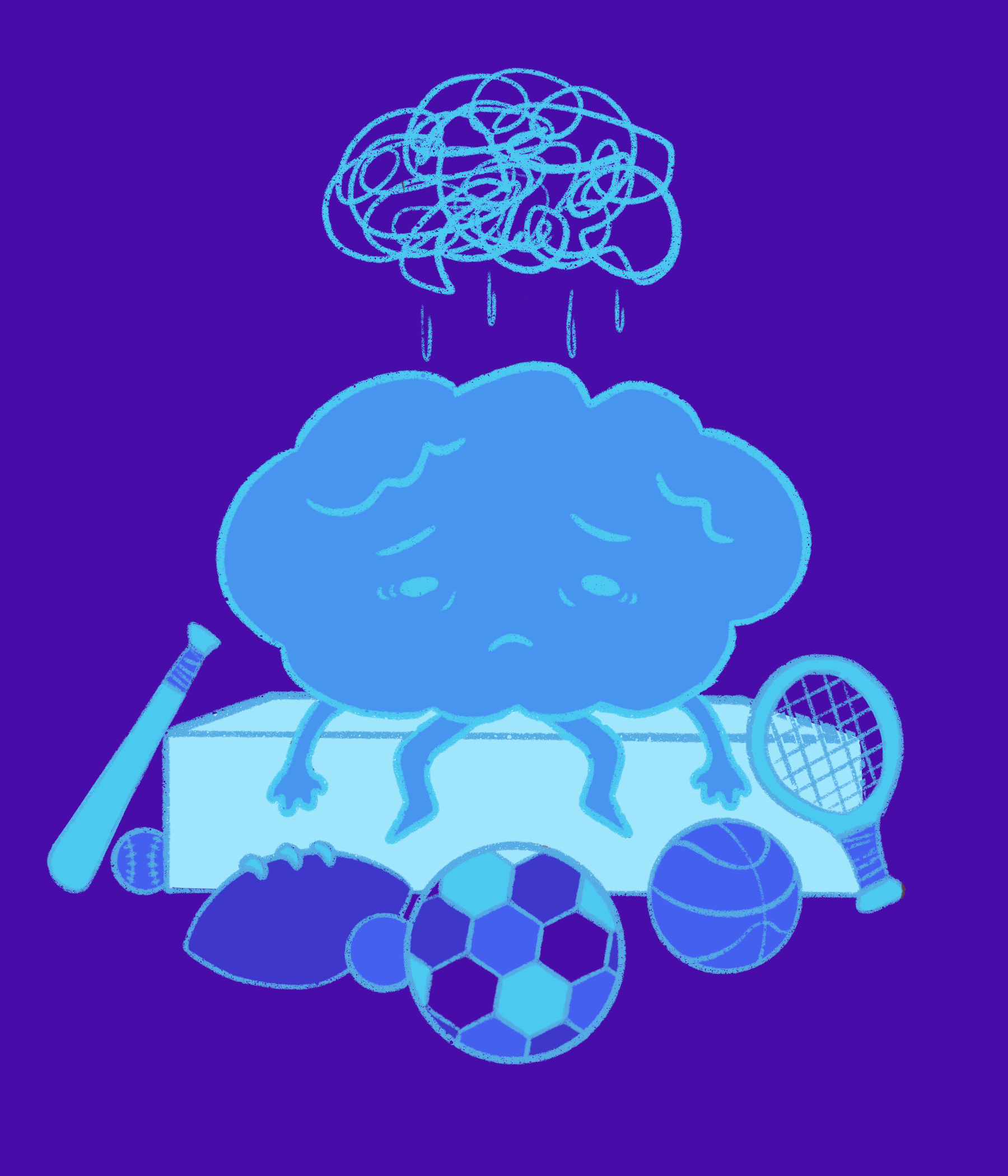 Simone Biles’s decision to withdraw from the Olympics emblemizes the need to be more empathetic toward athletes who are focusing on their well-being and promote open discussion of mental health in sports.

Simone Biles and her extraordinary achievements increasingly put her in the spotlight. The entire sports world constantly scrutinizes her every move, which has inevitably taken a toll on her mental health. As a result, to protect herself and her team’s success, Biles withdrew from the Tokyo 2020 Olympics in what seemed to be one of the most controversial storylines from the Games. Many critics disapproved of her choice, voicing the opinion that Biles wasn’t being a team player and should not have competed if she was going to withdraw anyways.

Athletes, whether professional or not, carry an extremely important responsibility: they are symbols representing a specific group of people. With the pressure that comes from having to consistently train and perform well during competitions, athletes must constantly balance their physical and mental well-being. The heat that comes from personal athletic goals and critique from the media creates conflict between athletes’ mental health and their ability to safely compete in their sport.

The media coverage around Simone Biles and her decision to withdraw from the Olympics is significant for two reasons. First, her withdrawal promotes awareness regarding the mental health stigma that many professional athletes face. In a study conducted by the British Journal of Sports Medicine, most athletes named stigma as the factor that prevented them from speaking up about their mental health concerns. These athletes believed that poor mental health seemed like a sign of weakness and an excuse for not performing well. Second, Biles’s open conversation about mental health serves as great inspiration for college athletes by letting them know that it’s okay to reveal mental health issues to coaches, family and friends.

So, how does poor mental health even affect an athlete’s performance? The British Journal of Sports Medicine stated that athletics are competitive enough to reveal psychological issues that have been buried within athletes. Personality traits that drive athletes to strive for perfection can help them excel at their craft, but they can also cause athletes to put too much pressure on themselves. The added strain of the media and critics’ harsh comments can also lead to athletes overthinking and second-guessing themselves during crucial moments in competitions. Therefore, thoughts of self-doubt and poor mental health can directly lead to performance injuries.

Now that we know how mental health stigma can heavily influence athletes’ well-being at both the college and professional level, we can focus on what sports and online communities need to improve upon in order to destigmatize discussion around this topic.

As seen through the Simone Biles incident, online communities and the media play a huge role in shaping an athlete’s competition experience. If we are to create an environment where athletes can comfortably talk about their mental health, people need to be mindful of what they post online. This netiquette holds true in any situation. While aggressive online comment exchanges between fans from two opposing teams might be difficult to control all the time, posting encouraging feedback about an athlete’s performance is a simple way to counter and decrease intense online negativity. If positive discussions about mental health occur more frequently, there will be less stigma surrounding athletes who want to reach out for help.

Additionally, athletes need to be taught how to identify signs of depression, anxiety and exhaustion in themselves and their teammates to cultivate an environment where athletes can openly discuss their mental well-being with others. The discussion around mental health in general has been getting better, but it is still a relatively untouched issue in sports. Destigmatizing the need to ask for help and prioritizing self-care in sports is crucial to ensure that athletes can stay healthy and inspire one another.