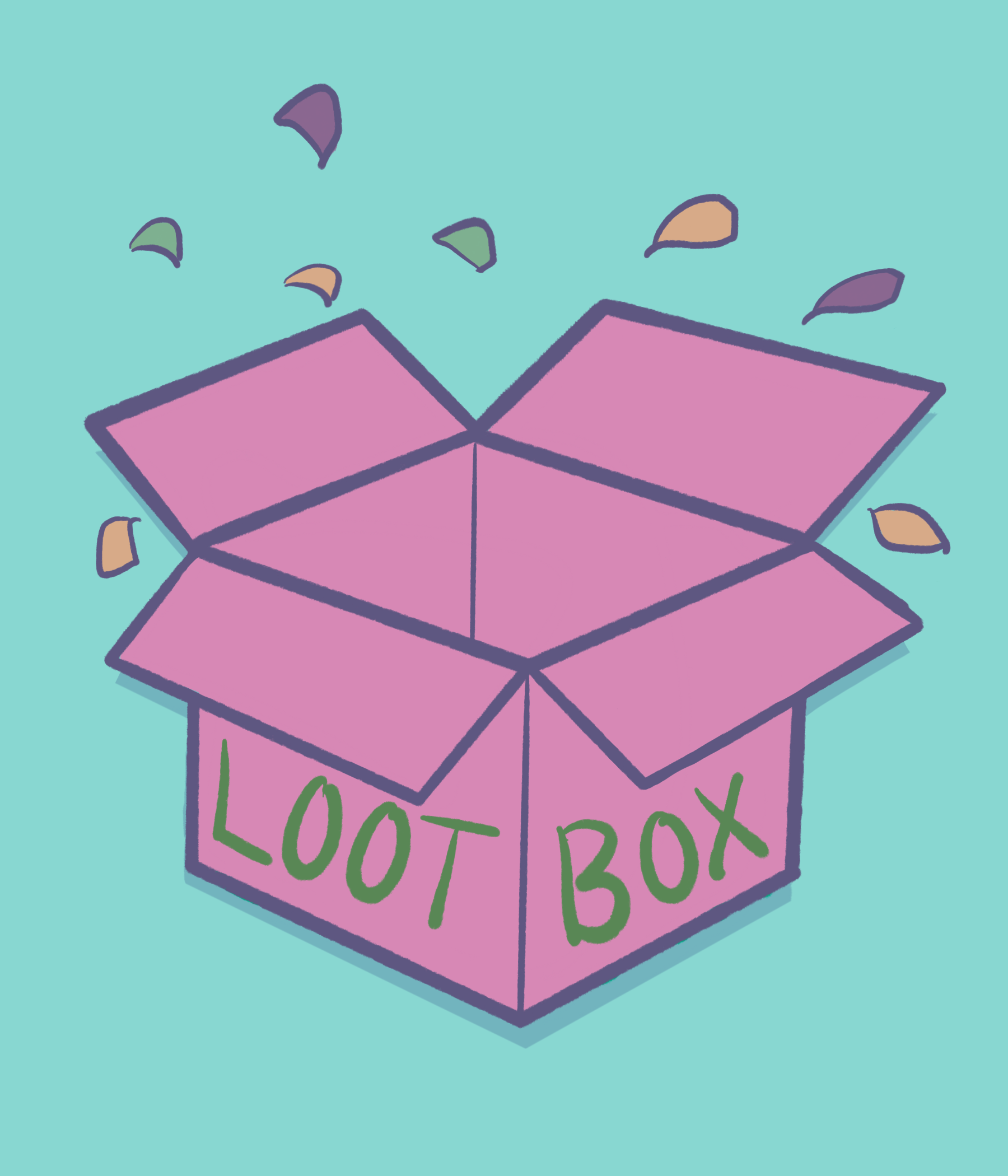 “Pokémon is a game for adults and kids have no business playing it.” Does that statement seem bizarre to you? Not according to PEGI, the European video game rating system that will now rate all games teaching gambling as mature. But while certain children’s games like Pokémon may come with the occasional casino level and be branded for a mature audience, games with loot boxes get to keep a rating suited for all ages.

Loot boxes are a randomized reward system implemented in games to entice players to continue buying boxes with random rewards in hopes of getting the items they desire. This sounds a lot like gambling to me, but PEGI doesn’t see it that way because PEGI does not deem loot boxes, card packs or any other similar randomized reward system as gambling. In PEGI’s eyes, gambling is only of the Las Vegas variety: slot machines and casinos galore. As a result, games like FIFA and NBA 2k20 get to extend their reach to children as young as three with their loot box mechanics, hooking them into lotteries at an extremely impressionable age. NBA 2k20 even openly contains a slot machine and a roulette wheel, so how is this being glossed over?

Loot boxes are not the devil incarnate. When properly designed, they can keep games afloat financially while providing players a fun way to gain items. The problem arises, however, when the companies that abuse them skirt gambling regulations because the boxes are considered virtual and up to the player’s choice. The fact that a loot box system does not often come with the aesthetics of a casino does not mean it is incapable of embodying all the traits of one. A study by Aaron Drummond and James D. Sauer found that loot box systems shared similarities with gambling, including how they’re designed to target players psychologically. Furthermore, the study gives a stark warning: young minds caught in these systems are more likely to develop devastating gambling habits. This is a sign that we cannot ignore. We need to take action because it’s clear that schemes like these lure the more vulnerable to spend heaps of money on the slim chance of winning more – all to the benefit of gaming conglomerates.

It’s no secret video game corporations want their coveted loot box systems to be left untouched since they provide them with billions in revenue. Millions have been spent in lobbying by the Entertainment Software Association (ESA) to preserve the status quo of industry ratings for companies such as Electronic Arts Inc., owner of FIFA. In a brazen show of arrogance, this company claimed loot boxes were ethical when defending them in front of the U.K. Parliament, rebranding the boxes as “Surprise Mechanics” in a ploy to downplay the negative aspects of their random nature. It’s easy to see how such high-end companies can bypass ratings with their influence and corporate talk; meanwhile, indie games like “Overboard!” are not so fortunate. A murder mystery that should at most be rated for teens has to settle with a mature audience rating due to a blackjack mini-game that involves no real money transfer. At the same time, with the ESA routinely shooting down any bill which even hints at loot boxes being a form of gambling targeted at children, large-revenue companies continue to exploit the highly impressionable for quick profit.

This isn’t the first time a randomized reward mechanism has taken center stage in regulatory debates. Baseball cards in 1996 faced a lawsuit for being framed as an “illegal lottery,” and Pokémon cards followed suit years later. Besides the similarities of poor Pokémon being caught in the crossfire, tabletop trading card games have little in common with their loot box counterparts. For starters, cards are tangible and possess some intrinsic value. Items from most loot box systems, on the other hand, are tied to the game and if the game dies or is supplanted by a newer version, the previous items become obsolete.

Worse yet, loot boxes give often necessary advantages in gameplay. For instance, “Gacha games”— a genre from the Eastern gaming market — are designed to hook players into spending real-world money to randomly pull playable characters and stay competitive. Western gaming companies are following a similar trajectory, and EA’s Star Wars Battlefront II took it a step too far by limiting gameplay to loot boxes. Not only were players expected to shell out $60 for the base game, but in order to regularly win matches, participants needed “Star Cards” to increase their stats, which could only be acquired by purchasing loot boxes. Locking gameplay experiences behind a randomized pay wall forces gamers to spend far more than what they initially paid for the product or the advertised MSRP. Adults can practice some level of self-control, but for a child to play a game with loot boxes and expect the same is insane.

Our best option is to regulate the practice of loot boxes and give these games the mature ratings they warrant. If PEGI can do that with games that simulate gambling or introduce casino-based imagery, then it should do the same with games that involve actual money in a casino-like environment. The studies are clear, the research is there, and if we do not act, we are just as responsible as these tone-deaf video game corporations with our silence. It’s because of the backlash from everyday players that games like FIFA, 2K20 and others came into the public eye and caught the attention of lawmakers. If PEGI is going to implement mature ratings to games that teach kids gambling habits, then we need to speak up. It’s your voice that starts the conversation, and when one voice becomes many, no matter how big these companies are, they will have to listen or risk losing their consumer base. Loot box regulation is a change that companies will eventually have to face, and if they think they can throw money at this problem and weasel out, they have another thing coming. They can bet on it.