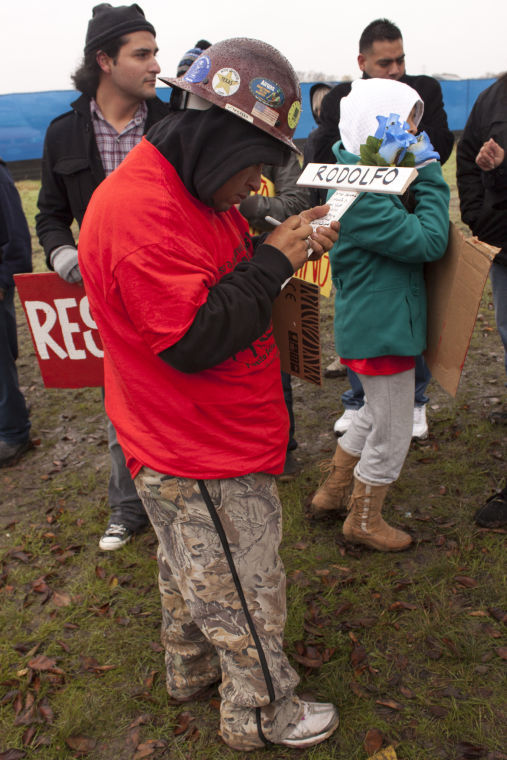 About two dozen demonstrators and observers met on a rainy, bitter cold Saturday on Nov. 23, at the construction site for State Farm regional headquarters on North Plano Rd, to honor the death of Rodolfo Santillan, a construction worker who lost his life at the site on Nov. 18.

Santillan was employed by Capform Inc., a commercial concrete contractor based in Carrollton and according to a report by the Dallas Morning News, fell 20 feet through a hole at the site and was pronounced dead at the scene when firefighters arrived.

“We’re here to hold a vigil for our friend who passed away on Monday and also to demand a little more respect and that there be more safety in the workplace,” said Jose Sifuentes, a worker at the State Farm site.

Demonstrators, including other employees and family, observed a moment of silence and built a temporary memorial for the fallen worker.

Sifuentes and other fellow workers, some from the Ironworkers’ Coalition, also delivered a letter to management at the construction site asking for a safer workplace.

Marissa Ocampo, organizer for the Workers Defense Project in Dallas, or WDP, said the demonstration was organized by the community in an effort to prioritize safety and health in the workplace by employers.

“The majority of construction workers here in Texas are immigrant labor and because of that, there is a lot of fear and necessity that is involved in that kind of lifestyle,” she said. “So these employers … knowingly exploit that.”

Several construction workers spoke up in support of their fellow employees at the construction site as well as to support Wilmur Lopez, another Capform worker in Austin who was laid off for reporting an accident to the Occupational Health and Safety Administration, or OSHA.

Last year, the fatal crane collapse at the ATEC building construction site on UTD took the lives of two workers, and similar concerns regarding on-site safety were raised by the workers at the time.

As a result, Harrison Hoist Inc., the contractor responsible for the crane collapse, was cited by OSHA and fined $29,400 for unsafe work conditions.

UTD has three ongoing constructions at the moment and, while Harrison Hoist Inc. is not a contractor for any of the projects, safety, as well a good work environment , continue to be a concern for workers and the university administration alike.

One way to ensure health and safety in the workplace is by allowing a third party such as OSHA to come in and investigate and talk to workers, a process that is in accordance with federal law, Cardoza said.

But, while workers like Lopez are fired for talking to OSHA, Cardoza said <span>that one of WDP’s long-term goals is that OSHA and other third-party monitors be allowed to conduct investigations at construction sites without interference and workers be allowed to participate in them without fear of retaliation.

“The course of action from here is to continue the pressure on Capform, to continue making the public aware of these safety violations that are really rampant in the construction industry,” he said. 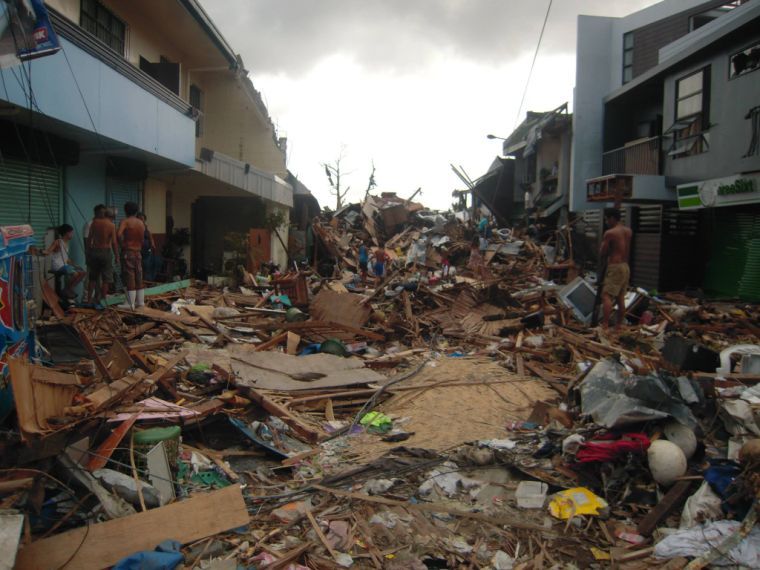 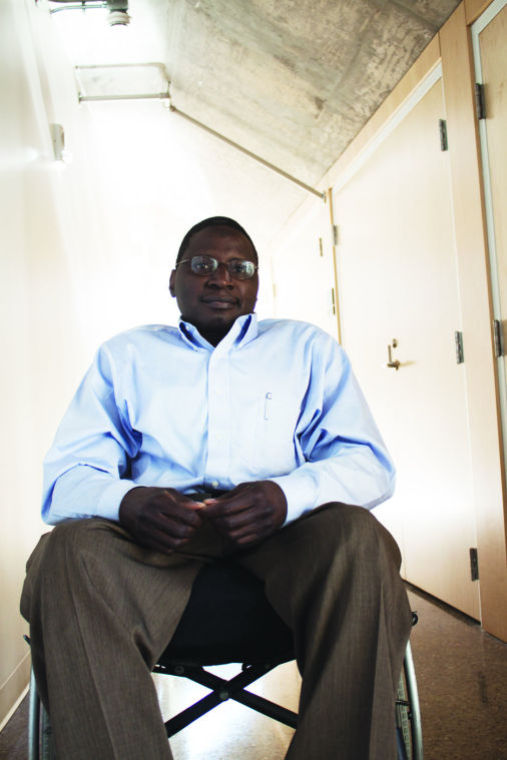