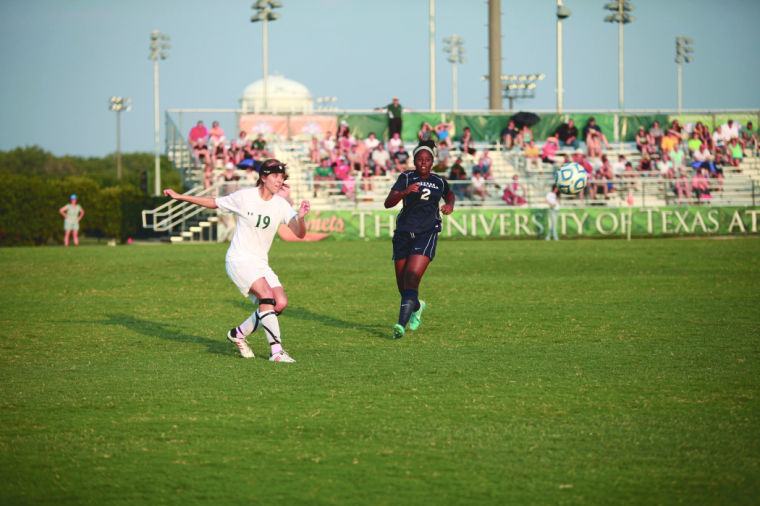 Senior defender Elizabeth Sohns (left) runs to reach the oncoming ball before her opponent from Texas Wesleyan. Sohns was named Academic All-ASC two seasons in a row in 2011 and 2012. As a student athlete, Sohns said she feels more connected to UTD because she is so involved with the university.
Soccer
Sports

The women’s soccer team had a tough loss in the American Southwest Conference tournament finals on Nov. 10, but some seniors still look back fondly on their UTD soccer career as the season comes to a close.

The team won their first match in the ASC Championship Tournament against Mary-Hardin Baylor. The game looked like it might be a tie when junior forward Carli Beckett scored in the last five minutes.

In the finals of the tournament, the Comets struggled against Hardin-Simmons University. The first half of the match was stagnant and left both teams struggling to get points on the board. In the second half, Hardin-Simmons scored off a corner kick and won the match. Although it was tough to lose in the finals, the Comets still had a good season behind them.

“I enjoyed my senior experience toward the end of the season,” healthcare studies senior Brittany Best said. “Once we hit conference, the season picked up.”

As student athletes come into their senior year, it can be a bittersweet experience. Student athletes dedicate time and effort to their respected teams throughout their college careers.  Some students struggle with injuries and surgery, others struggle with the time constraints of being on the road during season. Players develop time management and also gain a sense of community from the team.

“I think (being a student athlete) gives us a different perspective because we are so involved,” said global business and political science senior Elizabeth Sohns. “You feel more connected to the university.”

While the athletic program is unable to provide athletic scholarship to students, that does not stop the Comets from giving their all for the team.

“We don’t play for the money … we play because we love the game,” Best said.

Just because it is the end of the season doesn’t mean these players will forget about soccer. Both Best and Sohns said they intend to keep soccer in their lives.

“I help train goal keepers with the Texas Thunder, and I want to go into coaching,” Best said. 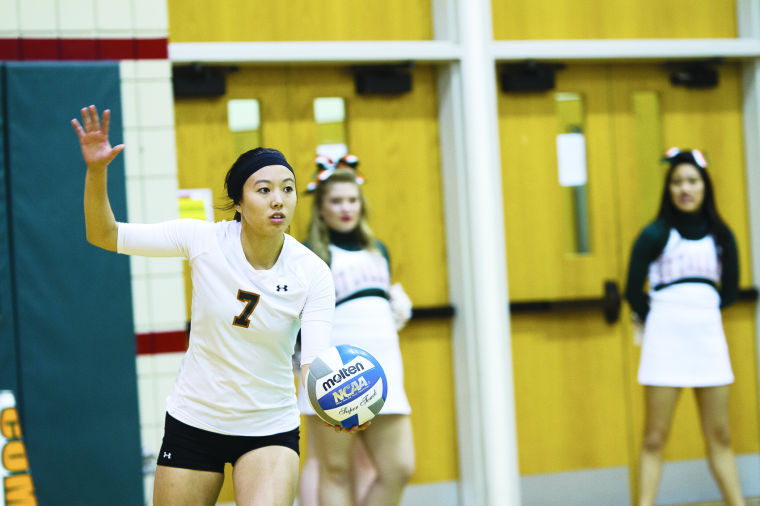