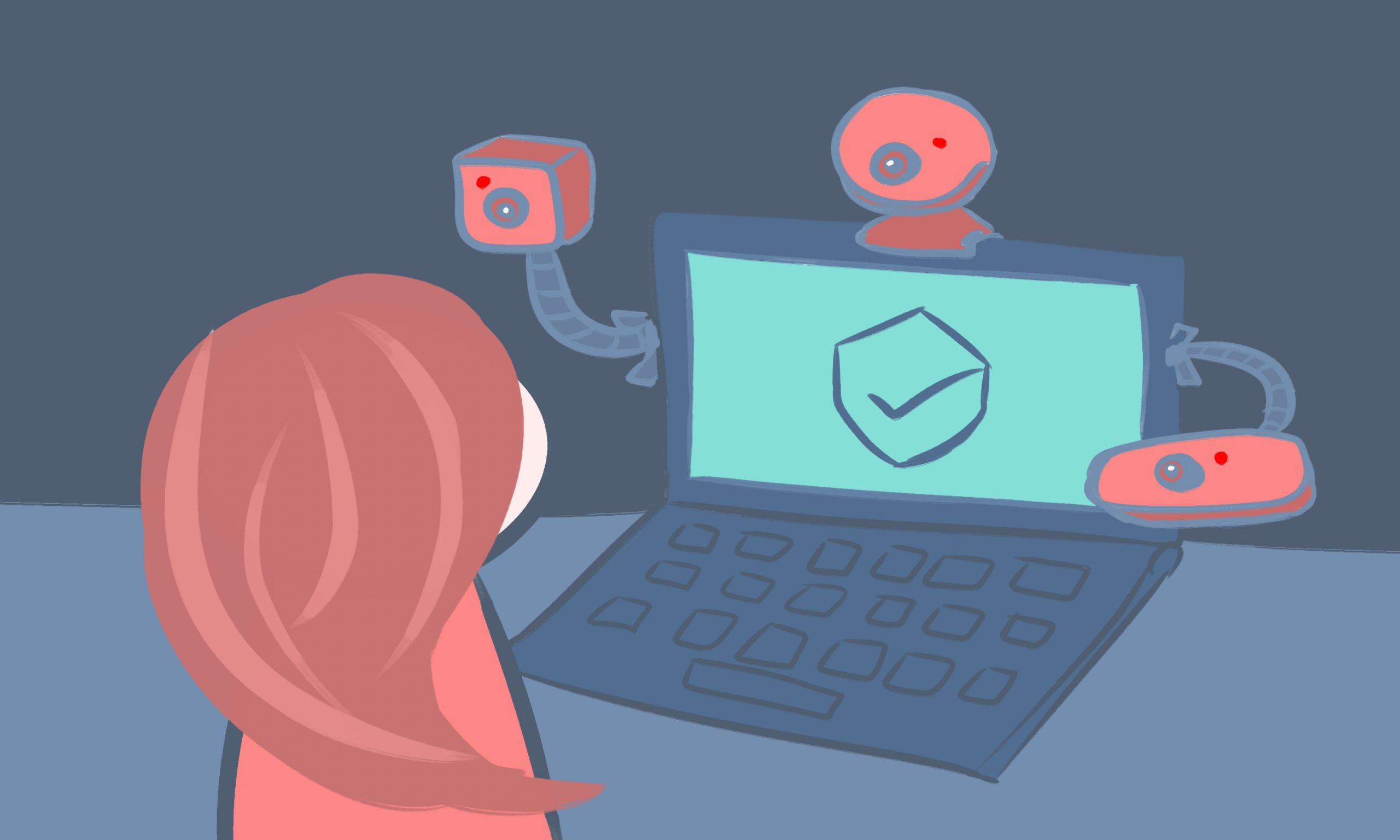 UTD has implemented online exam proctoring through Honorlock, but the software’s collection of data has led to widespread concerns about student privacy.

Available through a browser extension, Honorlock requires a functioning webcam and microphone to be used during exams. Before starting, students are required to have sufficient lighting, present a picture ID and scan the room for other devices.

Suspicious behavior is flagged by the software during exams, with a recording becoming available to the course instructor for review. Leaving the screen, looking away from the screen for an extended period or having another person enter the room may warrant the supervision of a proctor, who will then receive live webcam access.

To prevent students from searching for answers, Honorlock has patented the use of “honeypot” websites. These sites bait users by offering answers to exam questions, giving unknowing students incorrect answers. According to UTD’s Honorlock FAQ, the software will not specify which students cheated on exams, only that the “potted” websites were accessed during the exam period.

Assistant Provost Darren Crone said that since 90 professors have implemented Honorlock into their courses, approximately 2,600 students across UTD will be impacted by the software.

In a bid to remove the use of Honorlock at UTD, a student-led online petition has accrued nearly 6,000 signatures. The petition’s creator, “Rogal Dorn,” did not attach their real name nor respond to inquiries from The Mercury.

In the petition’s description, Dorn cited the distribution of recordings containing students’ faces, government IDs and network information to the university and third parties. Additionally, Dorn said the requirement of a functioning webcam and microphone would force some students to make additional purchases to accommodate the software.

“The way Honorlock (sic) function is a massive breach of privacy and can lead to a lot of personal student data or even data from other devices connected to the same network to be collected. We risk having personal data from our homes be sold or held by an unknown third party,” Dorn said in the petition. “Schools should not have the ability to take away our privacy out of suspicion. The school or company doesn’t have a right to our personal homes and data.”

Since its release, the petition has yet to receive a public response from the university. However, in an Aug. 25 update, Dorn said that he received various responses from university staff directing him to Honorlock’s help desk.

Many of Dorn’s concerns are reflected across multiple social platforms – most notably on Reddit’s r/utdallas, where the Honorlock megathread continues to accrue responses and has generated about 162 comments so far.

“They also claim they aren’t going to be sharing data or accessing it from other devices but they literally explain how they do that to cross reference things you Google on other devices with the questions on your exam,” the user said. “The wording about how they share data is very similar to sites like Facebook and it’s highly likely that our data is being shared even though they claim it isn’t.”

In response to the criticism online, Crone said that while he was sympathetic to student concerns over privacy and data protection, the software was necessary to ensure that grades earned over the semester would retain meaning.

Citing an increase in average grades over the summer semester, which ended prior to the implementation of Honorlock, Crone said that both faculty and students had requested exam proctoring as a result.

“There were students that reported seeing other students doing some things they shouldn’t have been doing,” Crone said. “About 75% of classes are online, and so (the Testing Center) was removed from the equation. Both faculty and – believe it or not – students wanted something in place that could help safeguard academic integrity.”

Prior to its implementation, Crone said that Honorlock was vetted by various campus offices and the UT System to prevent undisclosed data theft. It was determined by these groups that students’ FERPA rights, which exist to protect student privacy, would not be violated.

Given that not all students have access to quiet, isolated testing environments required by Honorlock, Crone said that they should then take exams in quiet public locations like coffee shops and libraries. For students without access to the required webcam and microphone, he mentioned the webcam checkout available to students through OIT.

Additionally, Crone said that students facing issues with the software should communicate with their professors to work around any usage problems.

“Faculty are absolutely willing to work with students. We recognize that this is a really tough situation, it really is,” Crone said. “A student will not be frozen out of taking an exam.”