Stephanie Royer, running on ConnectUTD ticket, will not be serving as VP 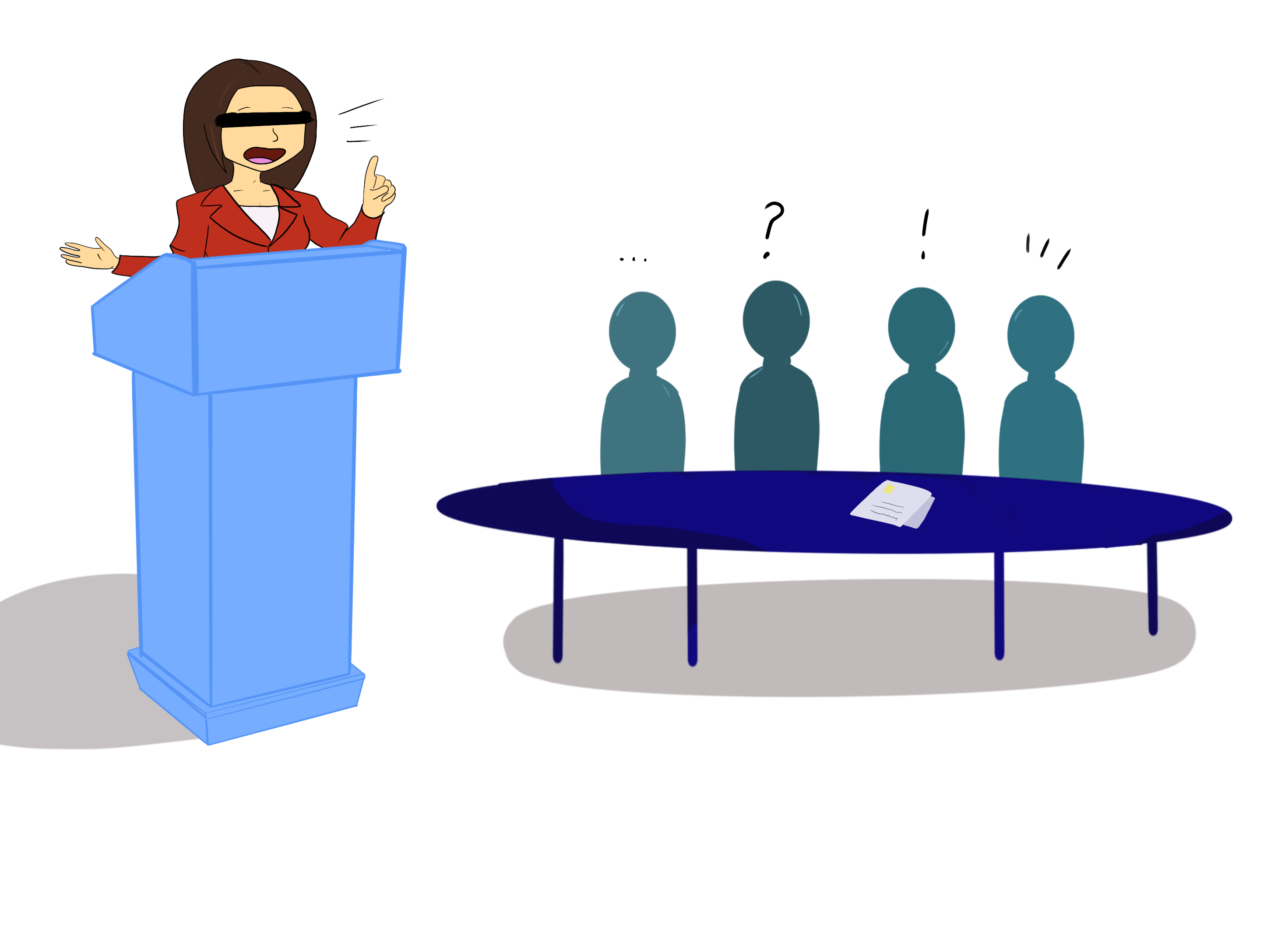 The Student Government election board has voted unanimously to disqualify vice president candidate Stephanie Royer from her recently elected position as VP.

The global business and biology senior ran on the ConnectUTD ticket alongside presidential candidate and public affairs senior Ali Darvishi. Following multiple allegations regarding Royer’s involvement in online solicitation of votes, all six members of the election board voted on Aug. 30 to disqualify her from the VP position.

ConnectUTD’s opposing ticket, Amplify, consisted of presidential candidate and finance and economics senior Sara Brennan and vice presidential candidate and history sophomore Rutendo Chando. When the election results were announced Aug. 28, Brennan had won the presidency with 2,404 votes to Darvishi’s 1,838, while Royer had been elected VP, with 2,254 votes to Chando’s 1,931.

Not long after the results were announced, students started voicing their concerns on social media about the new VP-elect: namely, that she’d been direct messaging fellow students on Facebook and LinkedIn soliciting votes. One subreddit post shared screenshots of Royer pasting the same message to multiple platforms.

According to Article VII, Section 2.2(k) of the student government bylaws, “online solicitation is strictly prohibited, including but not limited to mass messaging a class GroupMe or Blackboard discussion board. Any such incident shall be grounds for disqualification from the race.”

In an email to The Mercury, public affairs senior and election board chair Hope Cory said that the election board decided to convene after receiving multiple communications from concerned individuals.

“After hearing all sides, the Board found that Ms. Royer’s actions were in violation of the Student Government Bylaws as stated in Article VII, Section 2.2k and related to mass online solicitation,” Cory said. “Because of Ms. Royer’s disqualification, the vice president position was awarded to VP candidate Rutendo Chando.”

Student government functions on a three-strike infraction system. According to the Aug. 30 election board meeting minutes, Royer had already received two strikes prior to these new allegations.

In her testimony to the election board, Royer said that given the current circumstances, social media is the main avenue of communication now, and she wanted to spread awareness about student government elections.

During the Aug. 30 meeting, Cory said that she had sent out multiple emails to candidates regarding online solicitation and that she communicated it expressly at campaign orientation meetings and encouraged candidates to reach out if they were unsure. Cory also said that Royer never emailed her to check if the DMs would be acceptable.

Royer did not explicitly ask for recipients’ votes in her direct message; however, she did outline her ticket’s goals, encourage students to vote and ask for them to respond with suggestions and concerns. Royer’s complete testimony to the election board – as well as the 33 students who submitted statements to the hearing – can be read here. Information was redacted by the election board to keep students who testified anonymous.

But Royer wasn’t the only candidate sending DMs to potential voters. The Mercury received evidence from a source – who wishes to remain anonymous – of a Movement ticket candidate reaching out over GroupMe direct message. The source said they hadn’t been in contact with the candidate for several months when the candidate reached out.

The candidate said they wanted the source to show their support for the Amplify and Movement tickets, and asked them to share a link to a Reddit post detailing Movement’s platform. It is unknown how many other people this candidate contacted.

Brennan testified at the election board hearing but declined to give comment after the decision was announced.

“It’s a comfortable place for students to isolate”