Immigration is crucial to national growth, should not be cut down 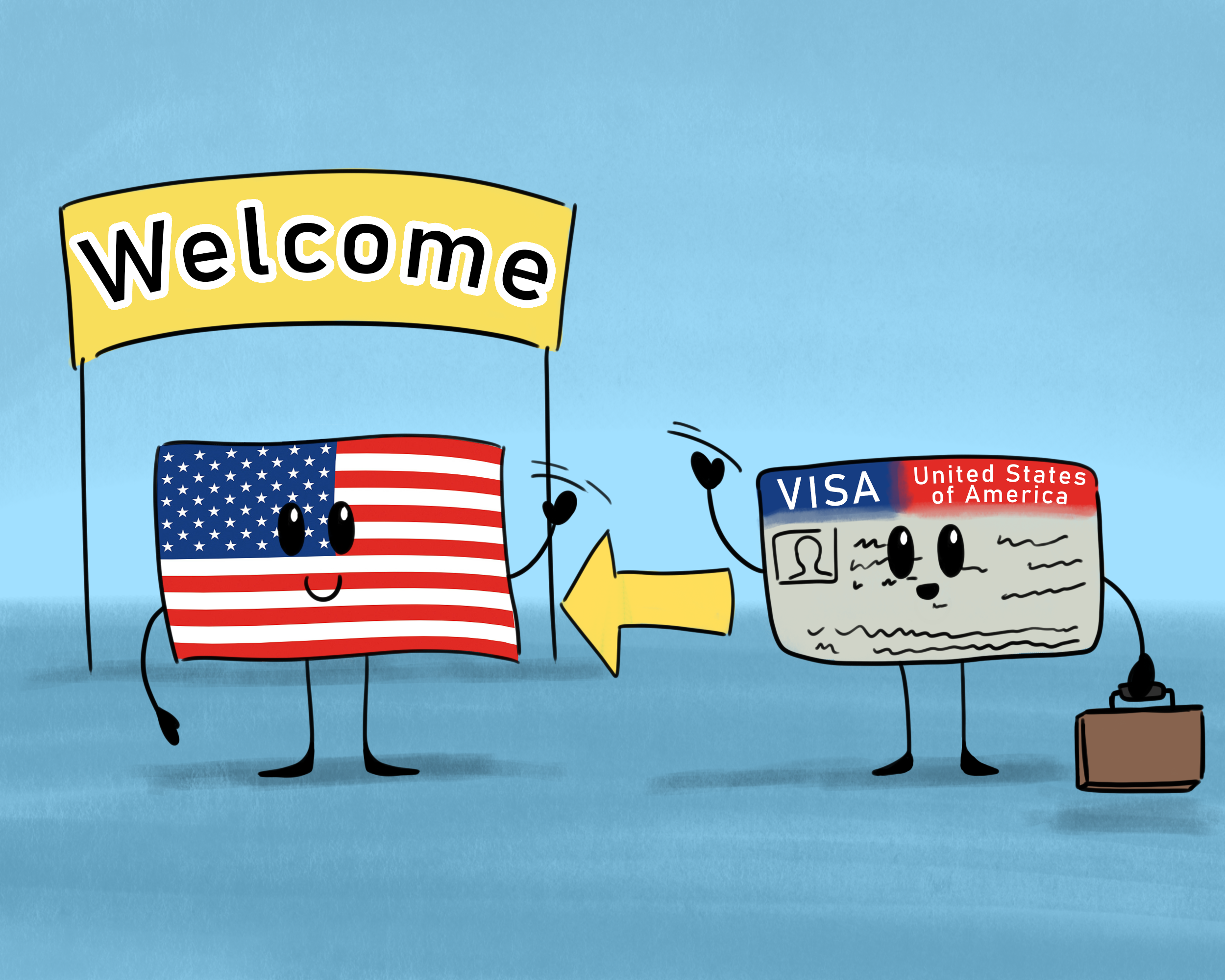 As election season nears, it is crucial to understand the impact of the working visa program and how halting it will deprive the nation of a prospering culture of wealth, diversity and knowledge.

The current administration has been persistent in its agenda of restricting immigration. According to the White House, restrictions that have been successfully implemented thus far include a revised travel ban of individuals from certain regions, the updated “zero-tolerance policy” in regards to strengthening borders and new regulations that severely decrease the qualifications of asylum seekers.

Globally, countries have upheld limitations based on immigration and traveling due to COVID-19. However, the U.S. has become an exception by rationalizing such regulation on the grounds of protecting “the jobs and economic wellbeing of U.S. workers” as stated by MPI. Per Proclamation 10014, the specific order restricts working visas such as H-1B, H-2B, J-1 and L-1 that are a significant part of the labor market until the end of the year with ability of renewal.

First, it is essential to have an overview of the different visas in question. Officially listed by UCIS, H-1B visas can last up to six years and are the only visa of the four listed that allow for a possibility of permanent residency. It is intended for specialized occupations that have theoretical and technical abilities in STEM fields and require employer sponsorship. H-2B visas also require sponsorship for “seasonal” work and qualification for job completion but demand leave upon end of contract. J visas allow for exchange opportunities in research, education and culture for a maximum of three years and renewal of six months. Finally, L visas permit employees in international companies with locations in the U.S. to work for five to seven years.

It is important to note the need for working visas and the advantages they bring to the nation. According to the Bureau of Labor Statistics, 28.4 million immigrants made up 17.4% of the American labor force in 2019: a 4.1% rise since 2000. However, just the year prior, Manpower Group reported that 46% of employers in America found “above average difficulty” in filling positions due to talent shortages in areas including but not limited to healthcare, education and manufacturing. The major reasons have been attributed to lack of applicants, experience and hard skills.

Additionally, job outlooks for areas in technology and research have been “projected to grow 12 percent,” healthcare occupations are “projected to grow 14 percent” and other STEM fields display similar growth in the next ten years. Hence, it is essential for America to bring new ideas, expertise and innovations to the nation in such a digitally globalized era.

The contribution of foreign people is substantial to the economy and welfare system. Many tech companies like Google, Apple, Microsoft and Amazon depend on the H-1B visa program to bring in a larger and more competitive applicant pool to advance the global market. A report by GeekWire found that just Amazon alone saw a 78% increase in approval of H-1B initial petitions in 2017 compared to the year before. Furthermore, New American Economy estimated that the total Social Security contribution by legal immigrants (including working visas: H-1B, H-2B and L) was $123.7 billion and $32.9 billion for Medicare in 2014. However, only 65% received benefits in comparison to 83.9% of American-born citizens. The significance of skilled work and knowledge is prominent in the labor market and the welfare of the aging society.

While the small rise of immigrants and temporary workers in the labor sector calls for popular fear that immigration will take job opportunities away from native-born citizens, the belief that there are a set number of jobs in the economy per individual is a common misconception. In fact, a past study by economists on the U.S. Census highlighted that “each immigrant creates 1.2 local jobs for local workers, most of them going to native workers.” Furthermore, the NAE researched that every H-1B visa granted results in “1.83 jobs for native-born workers in the seven years that follow.”

There are many regulations per the Department of Labor that companies have to follow before hiring outside workers. These policies limit the displacement of U.S. employees and emphasize “good faith steps” to be taken when hiring workers petitioning for an H-1B visa. H-2B visas also follow suit by allowing employers to bring temporary workers – from resort and hospitality to construction – to the country. Thus, the visa system is not designed to blind-side American-born citizens but rather prioritize them before jobs are attributed to foreign-born individuals.

In conclusion, it is incredibly necessary for the nation to continue its visa programs. While it certainly makes sense that Americans in America should come first, the wealth of skill and knowledge from across the globe will profoundly improve the economic market and STEM sector of the country.