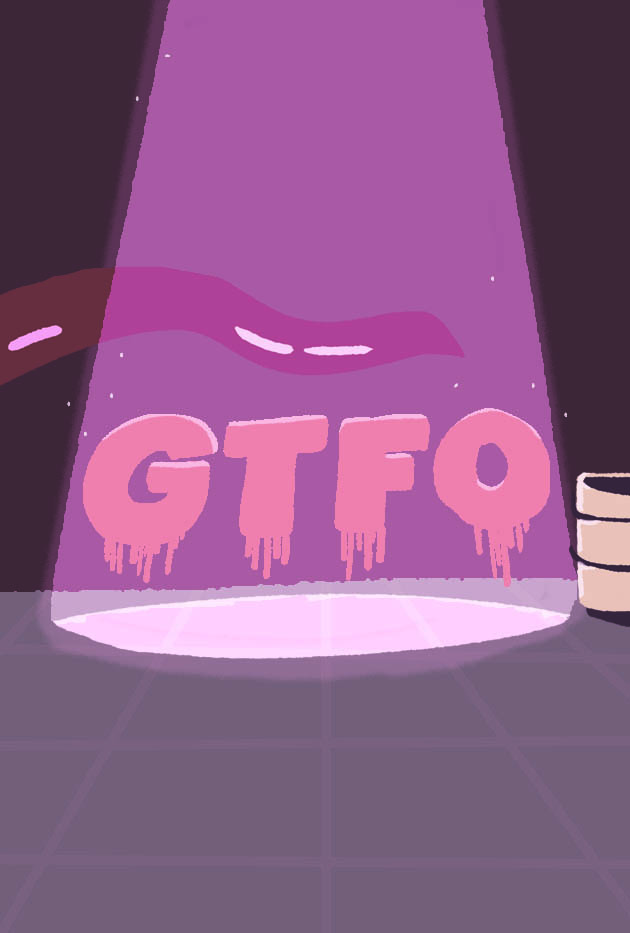 Horror shooter game challenges players to use teamwork to win

Scared of the bump in the night and of social interaction? Then “GTFO” will provide the most horrifying cooperative first person shooter experience you’ll have in a while. The only question is, how relevant is it in the modern gaming space?

“GTFO” is a first person cooperative horror shooter developed by 10 Chambers Collective. Ten Chambers Collective is comprised of nine people, mainly previous developers of the “Payday” franchise and Simon Viklund, a well-known DJ who composed the majority of the “Payday” franchise soundtrack. With this previous experience, they are well-versed in making a good co-op game, but “GTFO” is a ways off the beaten track of previous co-op shooters like “Payday” and “Left for Dead 2.”

You play as one of four prisoners sent by a mysterious warden to complete various tasks while not trying to get killed by the various monsters within the depths of the complex. While it’s in Early Access right now, most of the main gameplay loop is there, with only some UI elements and game functionality missing.

In “GTFO,”  there are no AI teammate substitutes, nor are there any plans of creating any from 10 Chambers Collective. “GTFO” is built from the ground up with four players in mind, and that’s because it requires extreme precision and teamwork throughout the entire gameplay loop. Players will have to stealth through the various zones on a map, silently killing the monsters while conserving as much ammo as possible. Waste ammo killing too many creatures, you’ll run out of ammo for the required alarm horde waves, and then your whole team dies. These monsters are all vaguely humanoid mutant creatures, with melee and ranged variants. Key doors are protected by a security alarm that must be disarmed by the team while fending off an oncoming horde of monsters with a varied arsenal. Once the main objective is achieved, players must perform the titular action, and return to the entrance of the level.

Levels are organized by the Rundown, a constantly changing set of levels ranging in difficulty. The Rundown is essentially a work order from the warden, with more difficult expeditions located deeper into the complex. Players can play the same levels of the Rundown repeatedly until the Rundown is refreshed. The Rundown has a timer, changing levels with an average time of a month depending on the complexity of the levels created. Each level is handcrafted by the team to be a different experience, not randomly created, and so players can experience and learn about new layouts and tactics every time they dive into the complex. There are currently up to four levels, from areas A-D with multiple expeditions on each tier depending on the Rundown that is currently released. Ultimately, there is no goal but to complete the objectives of the various expeditions and get out alive, but this will most likely change as development continues.

To dive into the complex is no easy task. The developers have stated that this is not an easy game, and it’s easy to see why. In an early access state, there is no tutorial, only YouTube videos from various community members. Players need to get acquainted with how the monsters react to light, movement and what it takes to kill them. The patient stealth gameplay that comes with trying to quietly kill most of the enemies can be very stressful; not only do you have to have a good grasp of the stealth mechanics, but the rest of your team also needs to know exactly how to not set off the horde. This can quickly lead to frustrations when teams of players aren’t good at communication or with stealth gameplay in general, as one wrong move ends an expedition into the complex.

The gameplay consists of the team attempting to stealthily melee kill enemies room by room, with nearly no lighting except for flashlights and glowsticks. If the team reaches an alarmed door, they’ll have to fight off a horde of the monsters while disarming the alarm, and if they alert the creatures in stealth, they’ll have to fight them off with precious rare ammo. And ammo rarity, while a staple of horror games, is unique to the cooperative shooter genre, especially the level of rarity in this game. It is impossible to shoot your way past four rooms at certain points, with the entire team running out of ammo as the monsters keep coming. The sound design in the game features disturbing and creepy sounds emanating from the monsters when the team is still in stealth mode, and music ramping up as the monsters are alerted and the bullets start flying. The combination of the stealth, music timings, environment and creatures create the horror aspect, and more than anything it’s a fear of failure and of starting over rather than of the actual gruesome creatures.

“GTFO” is a difficult game. In-game matchmaking doesn’t even exist yet, with the official form of matchmaking being the use of the official “GTFO” Discord to group up with other players for expeditions into the complex. It fits the very specific niche of difficult cooperative horror first person shooter and does not offer much to appeal to the broader masses. There are no pay-to-win mechanics nor loot boxes, just a horror game that knows who its audience is. It does a great job of being the perfect game for that niche audience, which is why if you do decide to hop in, it’ll be pretty easy to find dedicated players to play with on the Discord server. But for most people, it’s probably best to go with the game’s title and GTFO.