Called the Innovation Quarter, this sector will combine culture of research initiatives and start up companies to bolster the city’s economy 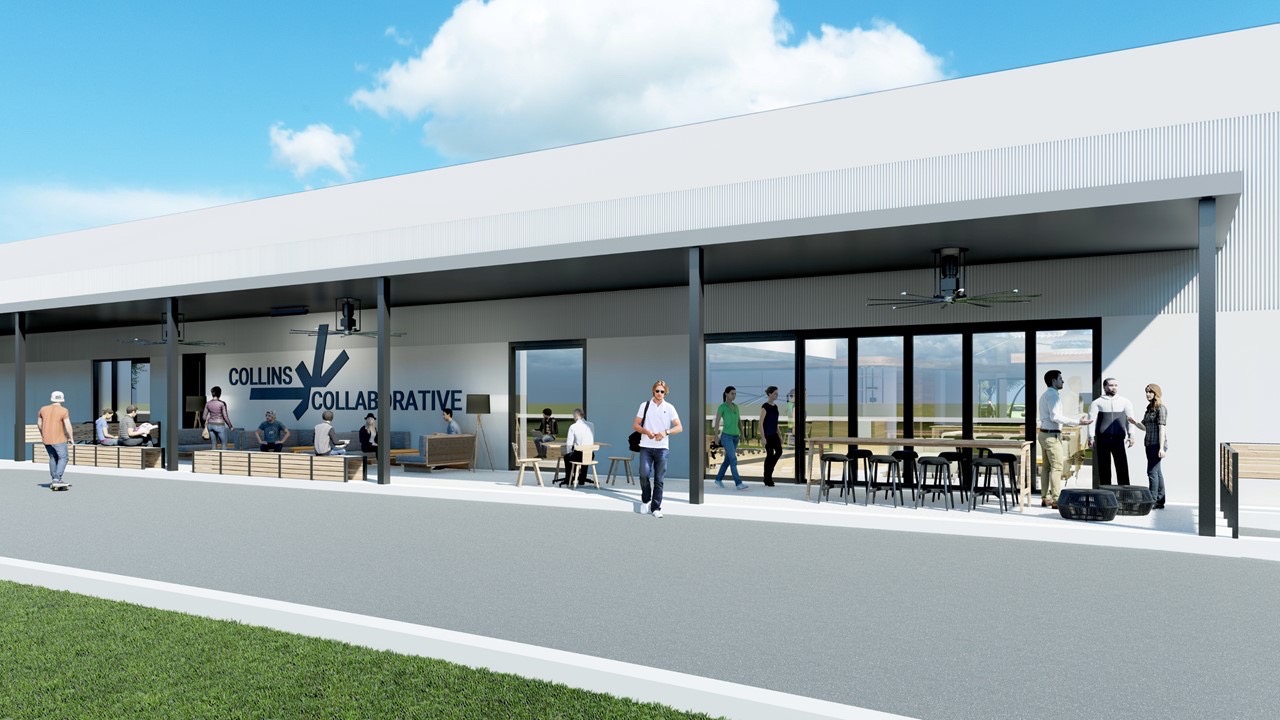 This is a very direct way for us to be able to put a public face for the public office of research centers, right in the middle of industrial activity. | Graphic Courtesy of the City Of Richardson

UTD is collaborating with the city of Richardson to create a multi-faceted research institution inside the city’s newest development project: the Innovation District.

In 2020, the city decided to brand the pre-existing Collins building as the Richardson Innovation Quarter (IQ). This area will consist of the Richardson Office of Strategic Initiatives, the versatile UTD Center for Emergent and Novel Technology and numerous other businesses and retail centers.

“We have planned on two centers for areas of research around mobility and autonomy, and two centers on Artificial Intelligence and machine learning and a center focused on healthcare and surgical innovation,” Guengerich said.

UTD mainly created research centers in the IQ to license its intellectual property to others and have its research benefit other organizations, Guengerich said. However, the Richardson IQ’s location is also optimal for granting the general public access to UTD research centers.

“This is a very direct way for us to be able to put a public face for the public office of research centers, right in the middle of industrial activity,” Guengerich said.

Guengerich said the university hopes students will come to the IQ to engage with startup companies or conduct their senior capstone projects. While it is common for universities to co-invest with local governments and companies for resources, Guengerich said the IQ is unlike typical university partnerships because of the flexibility UTD has in terms of development and active experimentation.

Don Magner, deputy city manager of Richardson, said the city is currently working on completing the layout and spacing plan of the UTD research centers. To create a stronger city presence in the district, the Richardson Office of Strategic Initiatives will also be included in the Richardson IQ.

“By using all the great research and intellectual property coming out of UTD and providing them with an environment and ecosystem that can help grow those ideas into businesses, we will boost the city’s overall economy,” Magner said. “We believe there will be a few benefits in having the office located within the Richardson IQ since we will be able to host programs and events and use that building as an Innovation Quarter gathering place.”

The IQ’s mission is to increase the use of newer technology and research among UTD students and staff as well as provide them with a facility to conduct groundbreaking research and foster innovation.

“Such technologies could range from autonomous shuttles for the elderly to rich sensor networks for early detection and prevention of environmental pollutants,” Guengerich said.

The city is currently in the design stage of creating the district and has planned to start construction in July 2021. While Magner said they hope to finish constructing the UTD and city sections of the area by February 2022, the district itself will be far from complete in 2022. Magner said the rest of the district will develop over the next decade to include residential areas, restaurants, retailers and outdoor facilities like park structures and hiking trails.

“If the IQ succeeds in developing a reputation as a community with an ‘innovation forward’ culture that benefits society, then it will attract people and companies, both big and small, that want to be part of this movement,” Guengerich said.