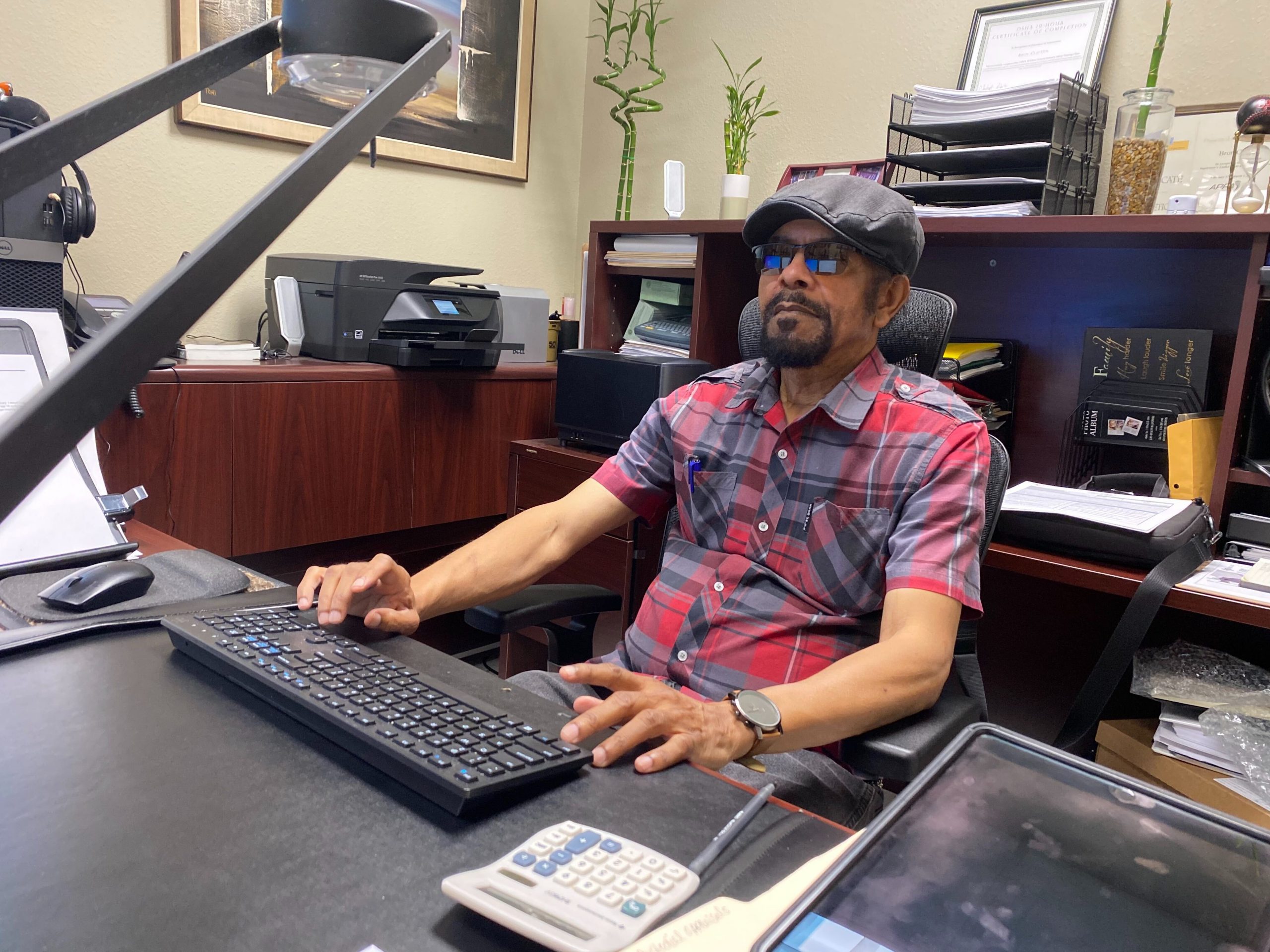 UTD building services supervisor and member of the facilities management leadership team Bron Clayton has been nominated for a national custodian award. Clayton helped develop UTD’s recycling program and started an ESL class for staff members, and continues to do essential work during the coronavirus pandemic.

Schools and universities submitted portfolios of deserving staff members for Cintas’ Custodian of the Year Award. A panel of judges selected ten janitors to receive $1,000 and proceeded to the online voting portion spanning from March 16 to April 17. The grand prize winner, which will be announced around April 27, will receive $10,000 personally, $5,000 for campus facilities equipment and a training package valued at $20,000 from ISSA, The Worldwide Cleaning Industry Association.

When Clayton began working for the university in December 1990, there were eight buildings on campus. There weren’t any dorms yet and all students commuted. UTD only served juniors, seniors and graduate students.

“The chances of campus getting very dirty was not very high. Students were leaving. They would come, take their classes and go home,” Clayton said.

Today, UTD has around 30,000 students, 4,000 of which live on campus, according to US News. The Student Organization Center has over 300 registered student organizations which host a multitude of events ranging in scale. Clayton said he was impressed with how many more student groups are on campus than when he began.

One such student-led group, Students for Environmental Awareness, approached Clayton nearly a decade ago to improve UTD’s recycling program.

“University of Texas at Dallas had a very limited recycling program at that time,” Clayton said. “Students didn’t have a good place to put their recycling.”

Gary Cocke, associate director of Energy Conservation & Sustainability, said Clayton has been an important partner with the Office of Sustainability on campus.

“The biggest thing about Bron and what he does is that he is a guy that looks to say ‘Yes,’” Cocke said. “If I show him an idea with something we can do, he wants to be the person who works behind the scenes to make it happen and that is an exceptional quality.”

Clayton worked closely with student activists to place recycling bins in each of the dormitories and apartments. SEA students would wheel the bins out to the curb and Clayton and his crew developed a schedule for collection.

Cocke said that through Clayton’s leadership, work ethic and continued, behind-the-scenes approach to service, UTD has since developed a single stream recycling for all of campus. In addition, Clayton has worked to ensure UTD also recycles plastic film, toner and nitrile gloves, among other things.

“He is always looking at the best way to do the job and he does that in a very modest way,” Cocke said. “I think the fact that we don’t hear a lot about our custodial and recycling staff is a testimony to the fact that they’re doing such a good job. It is that behind the scenes, thankless work that is the nature of Bron. He does a great job at it and this is an opportunity to give a thank you to the work that is often thankless.”

Beyond recycling, Clayton has also found other ways to improve the campus community. Fifteen years ago, he started an ESL class for UTD staff in partnership with UTD’s chapter of League of United Latin American Citizens, a club supporting the Latino population on campus.

Classes are three times a week, and start at 3 or 4 p.m., depending on the day, allowing custodial staff to join after work. Volunteers through LULAC help lead classes. LULAC President and senior information technology and systems student, Ancelmo Parada, said Clayton sometimes lets custodians take an hour off so they can attend class.

Both Parada and Clayton said they have seen improvements in the staff’s English.

“One lady was barely speaking any English,” Clayton said. “But one day, when we were walking on campus, we were looking at a board and she was able to say some of the larger words. I was pretty impressed. We’re just trying to help everybody develop.”

Bron Clayton and the rest of his custodial team remain essential UTD employees during the coronavirus pandemic. They are practicing social distancing, as well as taking this opportunity to deep clean the university so it is prepared when classes do resume.

“We practice everything that you see on TV,” Clayton said. “We try to stay six feet apart, even at lunchtime, where we had to add some additional tables in our lunchroom. We were being very smart in making sure we have proper PPE. We also stressed washing your hands for 20 seconds.”

Clayton said he has been working really hard to educate his co-workers to be as safe as possible.

“We don’t want any of our essential personnel to get sick. That’d be counterproductive,” Clayton said. “I look out for my staff.”

Parada also said Clayton is always looking out for his team.

“Bron is not just thinking about work,” Parada said. “He is actually thinking about how to help his employees. You can tell the custodial staff have a lot of appreciation for what he does and the work he gets done.”

Parada said that there were benefits in helping with the ESL class beyond improving language skills.

“More than helping custodial staff with their English, I think it is really important that we students are communicating and interacting with them,” Parada said. “They’re a part of the UT Dallas community and it is important to recognize that.”