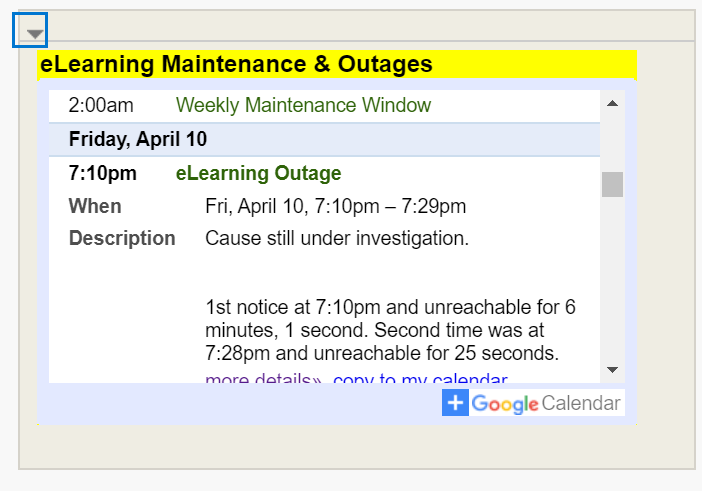 Start times for the make-up exam were staggered to avoid another crash. Photo by Emaan Bangash | Managing Editor

Students faced an eLearning crash, the first of its kind, when they logged into a math exam simultaneously on April 10.

About 1,000 students are currently enrolled across multiple sections of Integral Calculus and were planning on taking their second midterm of the year online due to COVID-19 procedures. It was planned to last 90 minutes and was a multiple-choice test created in the eLearning system. Biochemistry freshman Duy Tran said while he didn’t face a crash, he had technical difficulty problems with saving his answers and quit the exam halfway after receiving an email that said the exam wouldn’t be counted if students didn’t finish.

“But then now (the professor is) saying that whoever finished it will be able to keep their grade, which is really hypocritical for me, because I kind of finished it — but I was told it didn’t count so I didn’t see the point of finishing it. A lot of people who finished it just for a good practice were able to get the grade and it was really frustrating,” Tran said. “I felt like (the professor) should have seen this coming. How are you not going to be aware that, (hundreds of) kids are going to take the test at the same time and it’s not going to crash the server?”

Senior lecturer of mathematical sciences Kelly Aman, instructor for the Integral Calculus class in question, said in an email statement to The Mercury that he realized almost immediately there was an issue when he started receiving emails from students after the outage.

“I then checked myself, and found out that there was an outage of eLearning,” Aman said. “Our team of instructors consists of experienced and highly trained professionals. We immediately informed all the students and started to plan the best possible accommodations for all of them.”

Although some students were able to access and finish the exam without issues, Aman said they could take the make-up exam on April 15 or keep the grade they got. The makeup exam featured staggered start times so students didn’t take it all at once. Aman said in the last three weeks they hadn’t faced any issues with online instruction other than the April 10 crash.

“In this time of uncertainty we are especially sensitive to the needs and feelings of our students, and are fully committed to providing them the best possible education,” Aman said. “We provided a makeup (exam) as soon as possible to those students who opted for it, and are very glad that we were able to resolve the issue in a timely manner.”

“We do recommend that there is a testing window and as long as there’s a testing window, then there generally is not any issue at all,” Crone said. “But, unfortunately, in this case there was not a window. Everyone was hitting it all at once.”

Crone said the eLearning team ran a query of all the extremely large course sections and will be contacting faculty to provide guidance on exam setup and delivery. “This is a big deal for me. Any disruption in a student’s learning is one too many, but as with any technology, issues do unfortunately occur on occasion. It’s our goal to minimize this as much as humanly possible,” Crone said. “We just recently gave a talk with the eLearning team and also the Center for Teaching and Learning on best practices for giving online exams. So as long as the best practices are followed, I don’t anticipate issues like this coming up.”