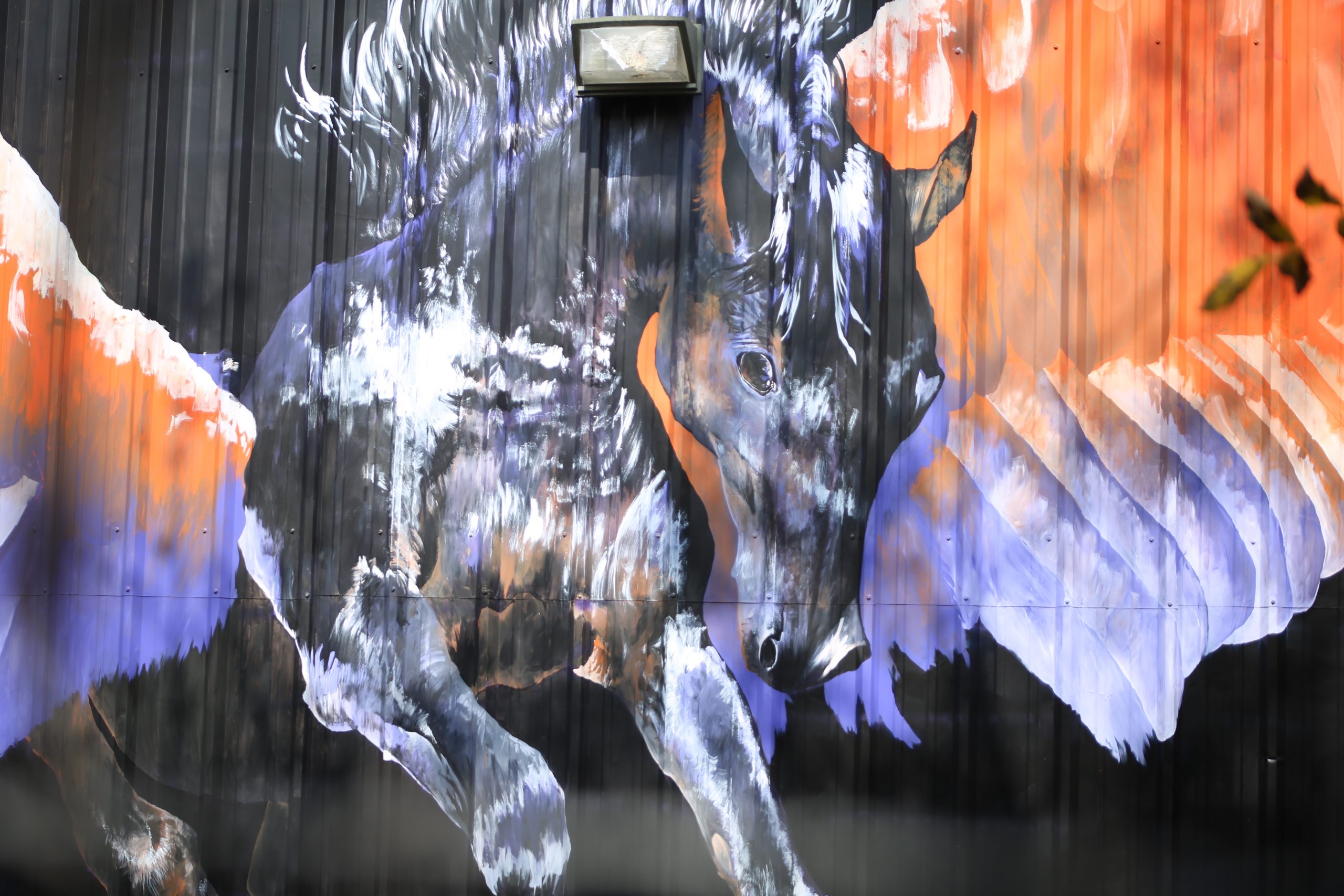 If you happen to drive through West Dallas, you may notice that the landscape is more colorful than usual thanks to the mural work of several local artists – including one UTD alumnus.

Psychology alumnus Elianna Paek – @thepackpaints on Instagram – was one of 16 local artists whose mural work was featured on the buildings in the Tin District and Singleton Boulevard area of West Dallas as part of the third annual Wild West Mural Fest, which ran from Oct. 17-24. The week culminated in the sixth annual Art Walk West: a free event put on by the West Dallas Chamber of Commerce that showcases the artistic culture of the area.

According to the festival website, artists were asked to focus on one of three themes: “Seeking Social Justice,” which responds to current activism issues, “The Wild Wild West,” which pays homage to all things Texas and “West Side Stories,” which focuses on the history and culture of the West Dallas area.

Paek’s mural, which can be found at 516 Fabrication Street, draws inspiration from the iconic Dallas Pegasus motif, as well as the wild west and social justice themes. The mural features a galloping black Pegasus with orange and purple wings. Measuring approximately 900 square feet, the art fest mural is Paek’s largest work to date. It took seven full eight to nine-hour days of work to complete, Paek said.

“I kind of wanted to do like the intersection of the social justice and the wild west themes,” Paek said. “So, it’s kind of somewhere between there – like with the kind of rainbow wings, and then a little bit of an inversion on the class Pegasus, with it being a black horse.”

Will Heron, a Dallas-based artist and founder of the Wild West Mural Fest, said that the event is intended to engage the community and reflect its diverse culture. Heron works with local business owners and landlords to find walls to use as canvases, so the fest is truly a community partnership. Public response to the murals has been good, Heron said, especially on social media.

Because graffiti is common in the West Dallas area, Paek recommends that people go visit the murals as soon as possible. Another experience that she recommends is Fabrication Yard, an abandoned warehouse located in West Dallas that functions as a free wall for artists to express themselves. It’s a good place to see local artists at work and meet other creatives, Paek said.

“You can paint anything you want on the wall,” Paek said. “There’s always really cool, interesting artists. And you can just walk right up to them and ask them about what they’re doing. It’s a really great place to learn and start conversations.”

Paek started doing mural work in 2016 when she volunteered with the MHMR of Tarrant County to create a mural in the clinic’s adult daycare. Since then, she’s done murals at the Richardson Senior Center and for some small businesses in the area. After applying for the mural fest in 2019, she used the space at Fabrication Yard to hone her skills. Heron said that he admires Paek’s dedication and has seen her craft improve a lot in the last year.

“She’s definitely up and coming and has such a great talent,” Heron said. “That dedication is what paid off for her. I’m really proud of her.”

Paek said that she sees a close connection between artistic expression and her academic field of psychology.

Silent performance for an empty campus