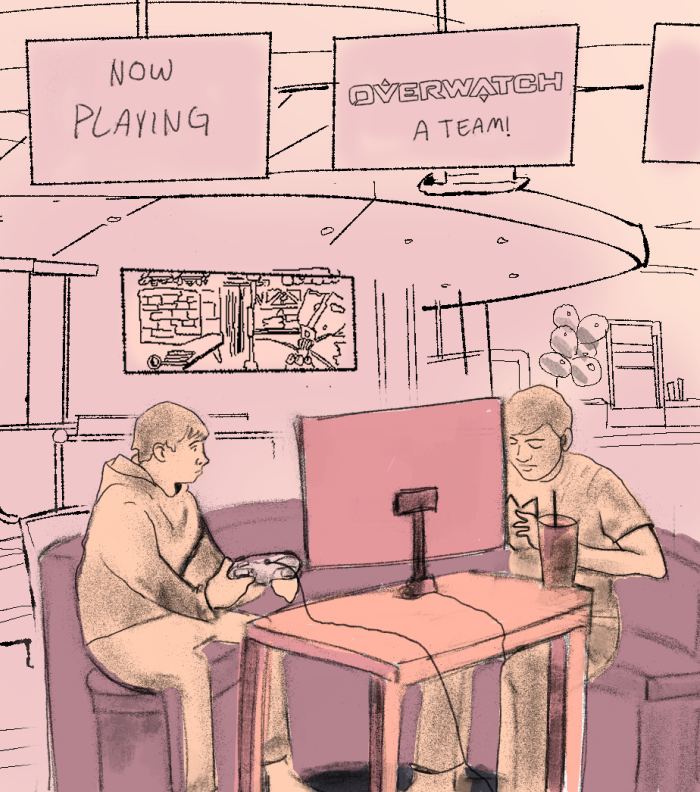 The University has announced plans to convert the Pub into an esports/gaming lounge, hosting an open forum to collect student feedback.

The project remains in its infancy, but UTD has tapped SmithGroup to do a feasibility study over the next few months on the potential scope of the renovation. February’s two open forum sessions were the beginning of SmithGroup’s exploratory process for changing the Pub into a gaming lounge similar to a scaled-up PC Café. VP of Student Affairs Gene Fitch said that the project started when they noticed students’ interest in the current esports team room on Reddit.

“I’m a lurker on Reddit, and somewhere around last fall I noticed students talking about getting into the esports room,” Fitch said. “So the project really started there with us looking at what students wanted.”

The presentation at the forum presented concepts for a few different key areas for the potential renovation. Aside from a reception area and the already-existing team room, SmithGroup presented concepts for a “gaming lounge” space with open seating and TVs set up to create a more casual environment, as well as a “gaming station” space containing multiple PC setups available for rent at an hourly rate. On top of this, SmithGroup principal designer Douglas Barraza said that there was space to consider an “arena” for live matches and spectating.

“I like to use the term ‘theater’, because I think of it more like a black box theater,” Barraza said. “The more we can maximize uses of those large, flexible spaces the better.”

The lounge isn’t meant to fully replace the Pub and leave no room for other clubs or non-gaming users to hang out or eat at. Fitch said that the idea was to have two main spaces: one where the general student population could hang out and eat, and one where the main PCs would be set up for hourly play. Director of the Student Union Dan Goodwin further said that the SU was going to be adaptable to whatever usage the students deemed necessary.

“The Student Union has always adapted to student needs; it looks very different today than it did 10 years ago,” Goodwin said.

As the project is still in its earliest stages, Comets may have to wait some time for the results of the feasibility study to come to light. Barraza said that the initial stage for planning would take a few months, and that approval and construction afterward would be up to the university.

“The idea behind the feasibility study is to put an idea on paper that describes the size, the basic components, those program spaces and creates a vision with some images and a budget for an expected renovation cost,” Barazza said. “The university can then decide how they want to move forward and what it’s going to take in terms of a funding mechanism.”

Fitch said that the project would come out of existing University funds if approved and that operational costs would be financed by the space itself, whether from hourly fees for PC usage or some other method. At this point, just about anything seems to be a possibility – even a second floor atop the existing space and courtyard is currently under consideration. The university has also looked at other similar spaces to use as references, and Fitch and Goodwin will visit a gaming space at the University of California, Irvine in April as part of their research.

“We want to make the best esports/gaming lounge in the nation that’s on a college campus,” Fitch said.