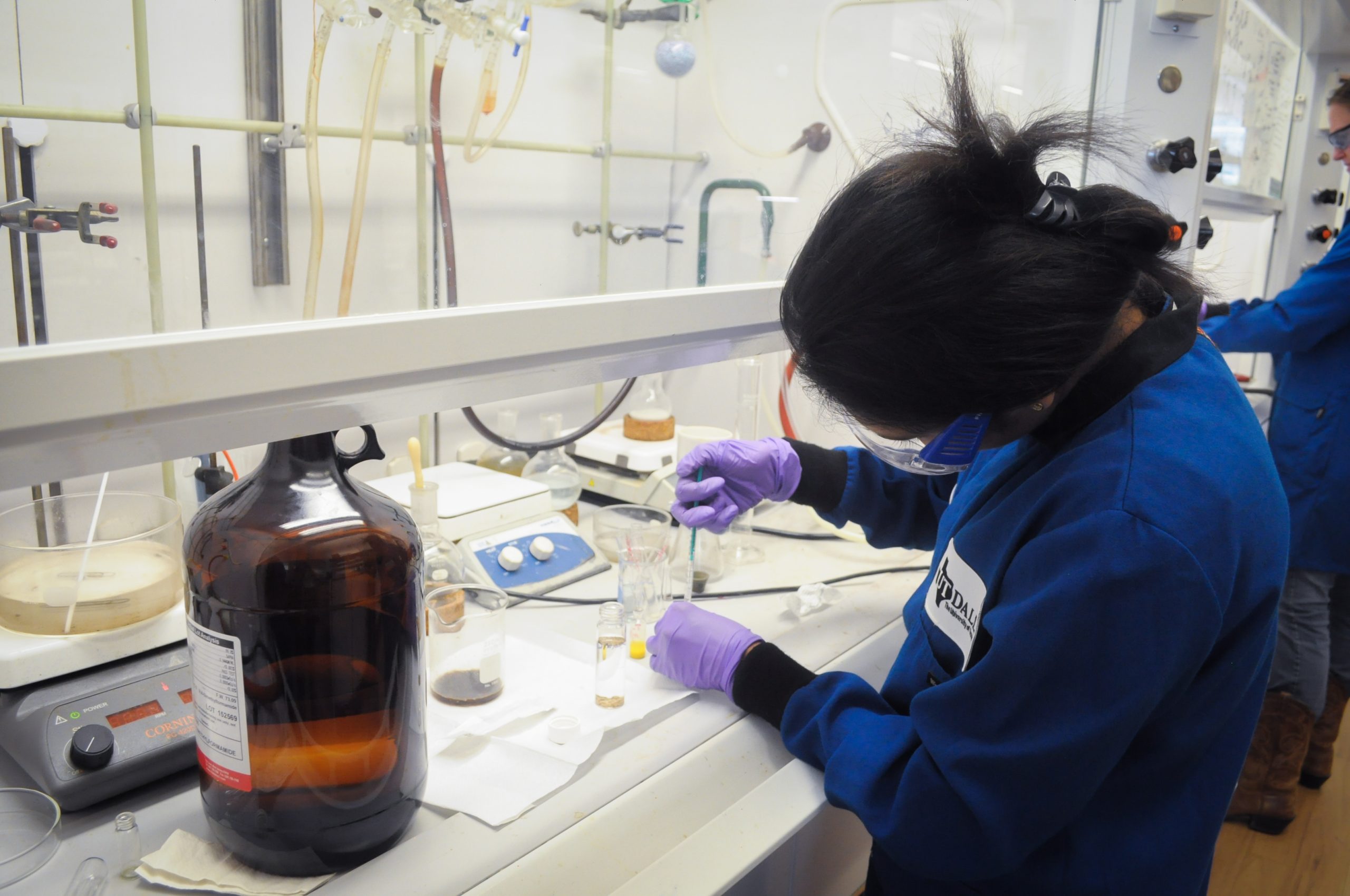 Photo from Archives of Madeline Ambrose

A bioengineering major takes about four to six lab courses in their undergraduate career.

Shalini Prasad, professor and department head for bioengineering, said she and her colleagues worked over spring break to transition the courses into a usable virtual format.

“You can use Excel to model data in certain manners. The other (application) is MATLAB. We had to ensure all our students had access to MATLAB, allowing people to do MATLAB simulations and model different biomedical parameters,” Prasad said. “The third thing we are using is SOLIDWORKS: it allows you to visualize in three dimensions, which is useful for both mechanical and bioengineers.”

Students can get the student version of the lab and install it on their computer. However, one challenge with SOLIDWORKS is that it doesn’t work well on Macbooks. To account for this, Prasad said she and her team have worked out remote access to the software that lab computers have.

“We have been very diligent (in) interacting with students in our program to figure out whether they have computer access or whether they have internet issues. For students who don’t have computers, we’ve been trying to track them down and connect them to the Office of Undergraduate Education,” Prasad said. “So far in bioengineering, we have not had any problems pop up, but we are anticipating and preparing for it so we can be responsive as we identify those issues.”

When converting the lab courses to an online format, Prasad said the first consideration was to avoid putting undue burden on students and ensuring that the software access to the students is universal and uniform. If there are issues with SOLIDWORKS, like connection speed, Prasad said they will increase the time for submission and modify how much work is done on that application.

“One thing we all have to recognize is that the way a student learns hands-on is different than through a virtual model,” Prasad said. “Our goal here is to ensure that the understanding of the student and gaps in the knowledge are getting addressed. The only way we know to do this is to provide consistent and rapid feedback through office hours and meetings.”

One example of a project that changed to fit the online format is the robotic arm assignment students complete in the Introduction to Bioengineering II course.

“(Students) would have to build a robotic arm, 3D print the robotic arm, and then they would have to control the robotic arm to pick (up) and place a small golf-ball size ball. Now we can’t have them do any of that,” Prasad said. “So instead we can use SOLIDWORKS and design the three-dimensional structures, and you can understand the motion of these structures. Now you can give a lot of virtual scenarios. If you have a three-dimensional arm and you move it at a particular angle what would be the outcome of that? Would it be able to bear load? Would it break?”

Amandeep Sra, senior lecturer of chemistry, said another method online lab courses use is to provide students with videos of experiments and data to analyze. In Sra’s upper-level classes, she said her students asked her to keep the labs as real as possible.

“I am doing (our labs) live during the time it is scheduled, but I am making the recordings available for students not able to log in at that time,” Sra said. “Having a one-on-one interaction helps build a structure into their day so they know during this time it is available.”

For general chemistry labs, students are using a website called Labflow that provides data to complete lab reports. Students complete pre-labs so they are exposed to the concepts, and then use the data to complete the post-lab reports. The site provides videos that explain the concepts for each particular lab and comes at no cost to students or the university since Labflow offered a free trial for this semester.

In Sra’s labs, she is using PhET simulations, a National Science Foundation project that is free for use. Overall, Sra said, she’s noticed a positive change in class participation.

Iti Mehta, senior lecturer of biology, teaches two lab courses: an introductory biology lab and a microbiology lab. She said that since half the semester had already passed prior to spring break, instructors were able to teach students techniques such as working with bacteria and plating cultures.

“For intro labs we have a lot of videos that the team of instructors have made, and we use them usually as well so that after the lab students can go back and review the technique,” Mehta said. “Lots of videos are available on JoVE (Journal of Visualized Experiments), and Blackboard has an option to incorporate those videos, so we can post those on eLearning and students have access to those videos as well.”

In addition to the videos, students are provided hypothetical data, pictures of the experiment and discussions of different scenarios. An example of a scenario consists of evaluating the effects of making an error in the first step of the experiment. Mehta said that the purpose of this is to simulate a real lab setting, where not every experiment works — allowing students to hypothesize the reason behind errors, and making sure they get all the information in the lab.

“We’re trying to be more available via Blackboard Collaborate, Teams, email (and) discussion boards,” Mehta said, “So that students know that they can reach out at any point of time if they don’t understand a step in the procedure or a concept, so that the quality of education is not compromised.” 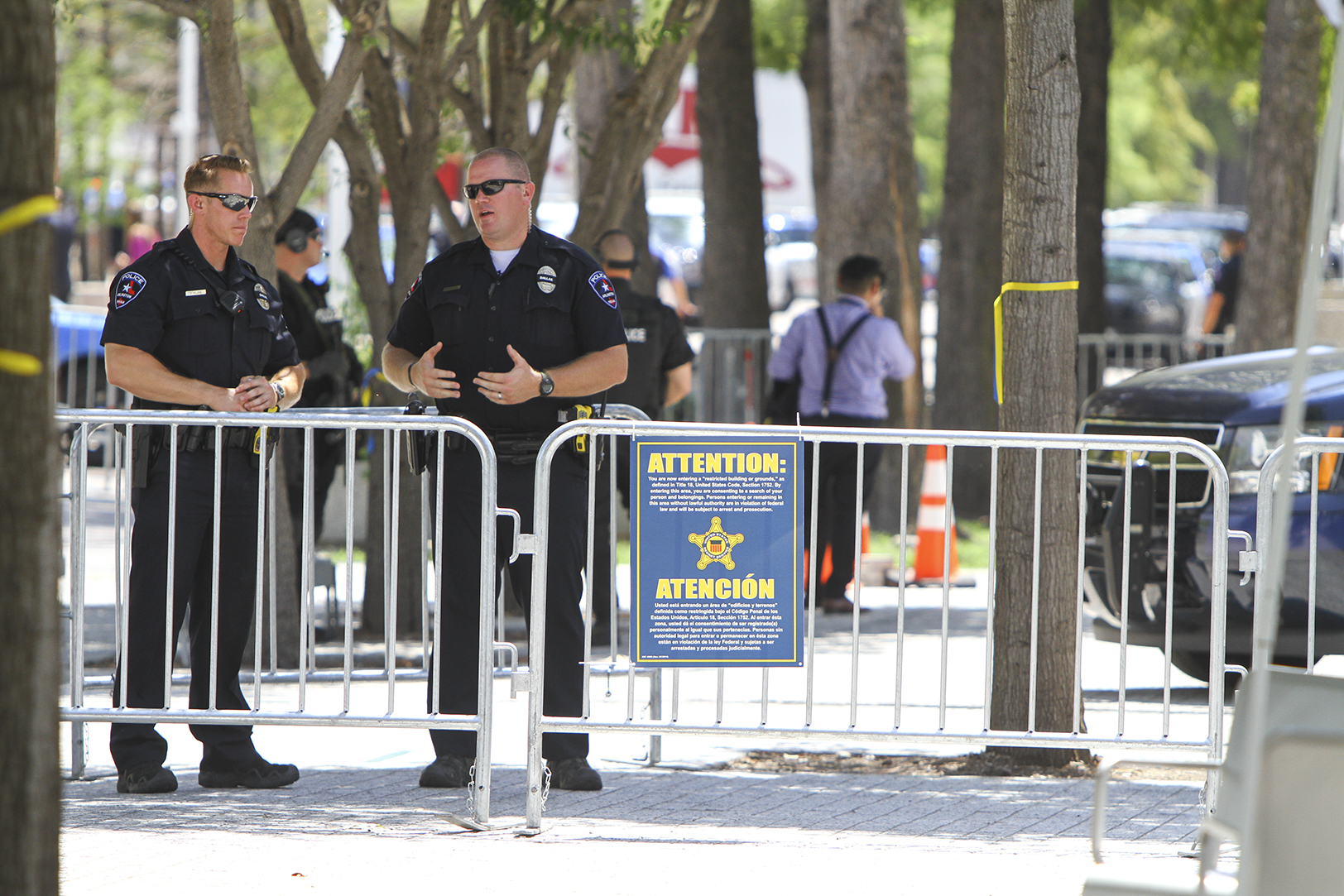