Think outside the (potato) bun 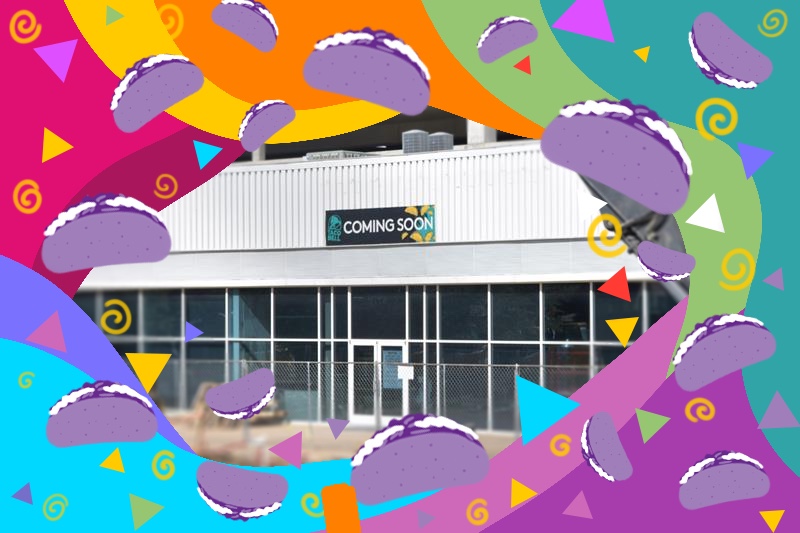 Edit as of 9/4/2020, 3:00pm: when contacted by The Mercury earlier today, Dining Services said that the Taco Bell Cantina was not able to open Sept. 3 as previously anticipated. Instead, they plan to open Sept. 10, and will still be available for walk-in and Starship deliveries.

If you’re a fan of endless tacos, cheap burritos and Baja Blasts, look no further; Taco Bell is now at UTD.

The on-campus Taco Bell Cantina is nearing the end of construction and is projected to open on Sept. 3, 2020. Located in Parking Structure 3, it takes the place of IHOP Express. It will be open for walk-in orders from 7 AM to 12 AM every day, and will also offer contactless delivery through Starship for those uncomfortable visiting in-person.

Computer science sophomore Willie Chalmers III said he is glad to see the IHOP go and is optimistic about its replacement.

“The IHOP wasn’t of the highest quality. I think the only reason people went to IHOP was because it was very close to the residence halls,” Chalmers said. “Overall, I think it’s a net good that the IHOP is being replaced by the Taco Bell Cantina.”

As a Cantina location, this won’t be the average Taco Bell. Taco Bell Cantinas feature an extended menu: they serve shareable appetizers as well as alcoholic beverages like beer, wine, sangria and twisted Freezes. The overall atmosphere, with an open kitchen and modern design, also differs from that of a normal Taco Bell.

“It’s supposed to be generally a more lively place. Many college students are operating under a budget, so I think it is a great thing that you can have shareable appetizers with your friends,” Chalmers said. “Not only is it cheaper overall, but the increased opportunity to socialize is precisely what everyone on campus wants.”

However, the response to the new restaurant hasn’t been entirely positive. Healthcare management and neuroscience freshman Izzy Raicu said she has concerns with the decision to open a Taco Bell on campus. The restaurant recently drew criticism from its vegetarian and vegan patrons after cutting all potato items from its menu without offering any other plant-based alternatives. As a vegetarian herself, Raicu said she believes that UTD should be investing in food options that are more inclusive of various dietary needs.

“I’d say UTD has a significant issue catering to its vegetarian and vegan community,” Raicu said. “Especially considering its student demographic and the rising popularity of veganism.”

Raicu, who chose to stay home this semester, cites the mandatory meal plan for freshmen living on campus as one of the factors that influenced her decision.

“I would have had to purchase food outside of the campus meal plan to have a balanced diet,” Raicu said. “It wasn’t worth it, everything considered.”

Despite other students’ concerns, Chalmers, an on-campus resident, believes that the new Taco Bell has the potential to improve campus life.

“The fact that it’s open from seven to 12 — I think students will like that,” Chalmers said. “I think the Taco Bell will inject a lot of life into campus.”