Editor’s Note: Christy’s name has been changed to protect her identity due to fear of retribution from church members.

Editor’s Note: This article has been updated since publication to include quotes from another UTD student who was approached by club members.

Christy listened eagerly as the stranger from the post office told her about their bible study group. She’d grown up religious and wanted her son to have a similar upbringing, so she wrote down the church’s address and paid them a visit. Less than two years after joining the church, she was homeless, had lost over $3,500 and was sharing custody of her son with her now ex-husband.

Christy’s experience with the World Mission Society Church of God, which occurred in Nebraska, wasn’t unique. Since the church was established in Korea in 1964, several ex-members have released videos urging the public against joining. Two UTD students reported recruitment attempts from church members while one witnessed what happened after her friend joined the UTD chapter of the church, the Elohim Bible Study Club. Political science senior Kathryn Higgins ran into church members in 2018 while running errands in Arlington.

“I was on the toy aisle and suddenly, I wasn’t paying attention to my surroundings, and these two women came out of nowhere, both with empty baskets,” Higgins said. “They sort of cornered me. They boxed me in with their baskets so I couldn’t walk anywhere, I couldn’t leave.”

Higgins said the women showed her bible verses on their phones and tried to explain the church’s teachings to her, but the language barrier made it hard to understand what they were saying. The women told Higgins about “God the Mother” and asked for her phone number. Higgins waited for her friend, who she had gone shopping with, to come back so she could exit the conversation. She said the experience left her uneasy.

“When I saw that they were approaching younger women and just with my experience (with) them boxing me in with shopping carts and targeting young women, it made me feel like they did have nefarious intentions,” Higgins said. “Maybe they don’t, maybe this is all just a bunch of rumors, but it does seem a little bit strange that they would be targeting a vulnerable group of the population in a really aggressive way.”

While the church has been accused of human trafficking, police investigations in various states such as New York, South Carolina and Florida have found no evidence to back up these claims. The church’s beliefs include the existence of Christ Ahnsahnghong, the physical embodiment of the second coming of Jesus. Ahnsahnghong is said to have been born in South Korea, where the church is based. A physical embodiment of God the Mother also resides in South Korea and sends out orders and messages to chapters of the church worldwide, Christy said.

Arts and technology senior Coby Smith said she was approached by members of the church while in a parking structure elevator with another student. Three members got onto the elevator and began asking Smith and another student about their religious beliefs. Once Smith exited the elevator, one of the members followed her out.

“The girl would walk in front of me so that I wouldn’t walk to my car and kept showing me quotes on her phone from the Bible,” Smith said. “I was raised Catholic and I went to a Catholic private school, so I do know a bit about the Bible and I hadn’t ever seen these Bible quotes she was showing me. She was just like, ‘You know, there’s a second half to God, there’s a mother,’ and she just kept telling me that ‘She’s real and she’s here and we’d love to have you join our study group.’”

Smith brought up her concerns about the Bible verses and said the member told her that the quotes she was reading were from a different translation of the Bible and are left out of traditional translations. The church’s site says members use the New International Version of the Bible. Smith said the woman seemed nice, so she gave the member her phone number. Over the next few days, the woman contacted Smith to try and get her to attend a private, one-on-one Bible study session. Smith said she was open to a group session, but not a private one.

“I live alone. I live really far away from my family. I live a good 200 miles or so from my parents. I have to be overly cautious with stuff like that,” she said. “Worst case scenario, who’s going to notice? My PA? My professors are probably just gonna think I’m skipping. My parents aren’t gonna know until it’s too late.”

Another UTD student who chose to remain anonymous encountered church members late one night while waiting for his friends on campus. While he was raised Methodist, he is no longer religious, but said he was willing to hear the church members out. Like with Higgins, the members blocked him in, making it difficult for him to exit the conversation. He also mentioned that the members quoted Bible verses he wasn’t familiar with.

“I kind of walked them through what I think, and they started pulling out their phones and quoting different Bible verses at me to try to persuade me that I was wrong,” he said. “They all sounded like Bible verses I had never heard before. Some of them were obscure books that I didn’t remember from 10 years plus of going to church every week.”

He said their conversation lasted 30 minutes and sounded rehearsed. He added that he was initially suspicious of the members because the conversation occurred at 10 p.m., leading him to wonder why a religious group would recruit members late at night. After he left, he said the members followed him until he stopped walking, then approached someone else who was alone.

“It was like they had markers or something and they were trying to steer the conversation back towards things that knew they had something that they could quote,” he said. “By the end of the conversation, we had gone so far off course from where they had started that I was completely dazzled with how we got there.”

Brianna Redick, the off-campus adviser for the Elohim Bible Study Club, provided a statement in response to the allegations from UTD students and Christy.

“Statements such as these presented by non-UTD students and non-Elohim Bible Study Club members cannot be considered as valid,” the statement reads. “It is unfortunate that these false allegations are spreading amongst those who have never experienced or studied with the church and I hope that everyone can learn on their own the facts correctly.”

The Mercury made repeated attempts to interview church members, but was denied interviews or did not receive a response.

When Christy initially joined the church, the conversation she had with a member was what led her to join. At first, she only attended one bible study per week, then she began attending services and classes that would start at 9:00 p.m. and end at midnight. Christy said one of these classes once ran from 9:00 p.m. until 8:00 a.m. the next morning. The time she was dedicating to the church took a toll on her marriage, Christy said, and although her husband tried to warn her about the church, she refused to listen.

Christy said that she, like the UTD student’s friend, also became more isolated after joining the church.

“Eventually you get so isolated because that’s the outside world and you guys are different and you get so into it. Then people don’t want to talk to you because they know that what you’re in is in a cult,” she said. “They’re brainwashing you. Eventually you just get so isolated that these members are the only people that you get a chance to talk to.”

At one point, the student was concerned that her friend was forced to sign a non-disclosure agreement, as ex-members have stated in the past. While Christy wasn’t require to sign an NDA, she witnessed church practices such as gospel couples which help WMSCOG expand.

“I did witness a lot of gospel couples together,” she said. “They never dated as far as I knew, but they get together and they get sent off to run their own church for the WMSCOG and since they’re doing that, they believe it’s just for the gospel.”

Christy said the church required members to donate 10% of their income and donation envelopes would be marked with each member’s name to ensure they were keeping up with donations. Parents, Christy said, would be given envelopes with their children’s names and would be expected to submit donations for them as well. Church members were also told that the world was coming to an end, Christy said, leading some members to make drastic decisions.

“The deacon that was running the place quit his job as an underwriter because he wanted to make more room for preaching. Why? Because they think the world’s going to end anytime soon,” she said. “In the services, they remind you that the world’s going to end in days now and that you’re going to heaven. I remember periodically, after services, the sisters and I, we would be talking about, ‘Oh my gosh, it’s coming soon, we’re going to go to heaven soon.’”

Christy finally left the church after it began affecting her son. She said he’d constantly act out after they joined. A majority of the people in her church were college students and because they were isolated and he was a toddler at the time, he didn’t get to interact with many other children and became more aggressive as a result of the isolation. Additionally, she said she found a computer monitor with live video feed of each room in her church, but hadn’t noticed any cameras throughout her time there. When she went back to the rooms to investigate, she still didn’t find any visible cameras.

The student whose friend joined the group said that she believes the Elohim club should be barred from campus and has negatively impacted their friend’s life. However, as the group hasn’t participated in any illegal activity, there is no legal reason for police to ban them.

“They shouldn’t be anywhere. They shouldn’t even exist because they’re just separating families, taking people’s money and it’s a false idol,” she said. “You get nothing from it. They ruined their life by doing this.”

Higgins, along with the other UTD students and Christy advised students against getting involved with the group. The student whose friend joined the group said students should be leery of the church’s claims.

“Everything you read online about them is true, but if you ask the church members, they will deny it,” she said. “They’ll lie, they’ll deny it, but I’ve seen everything with my own eyes.” 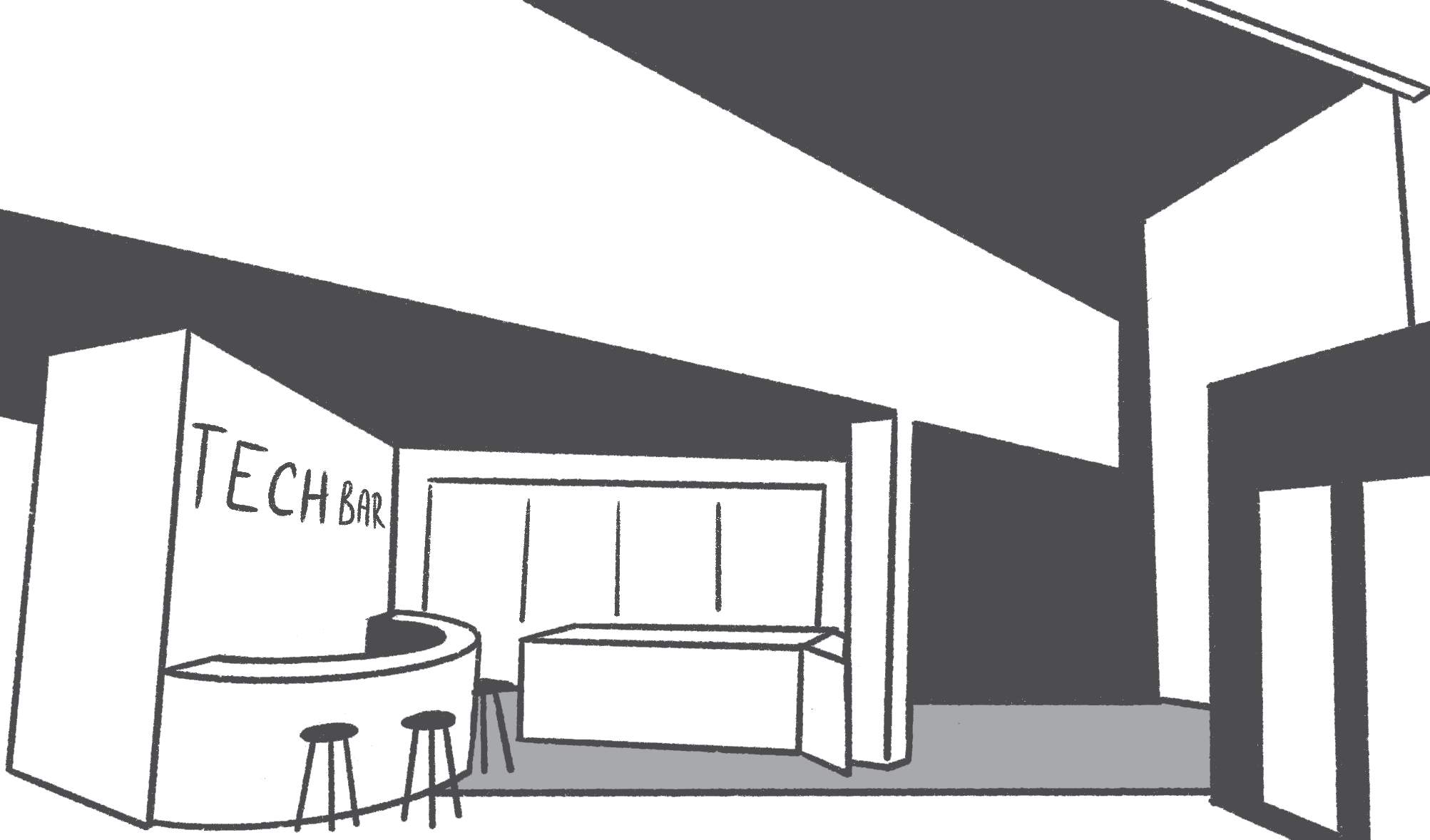