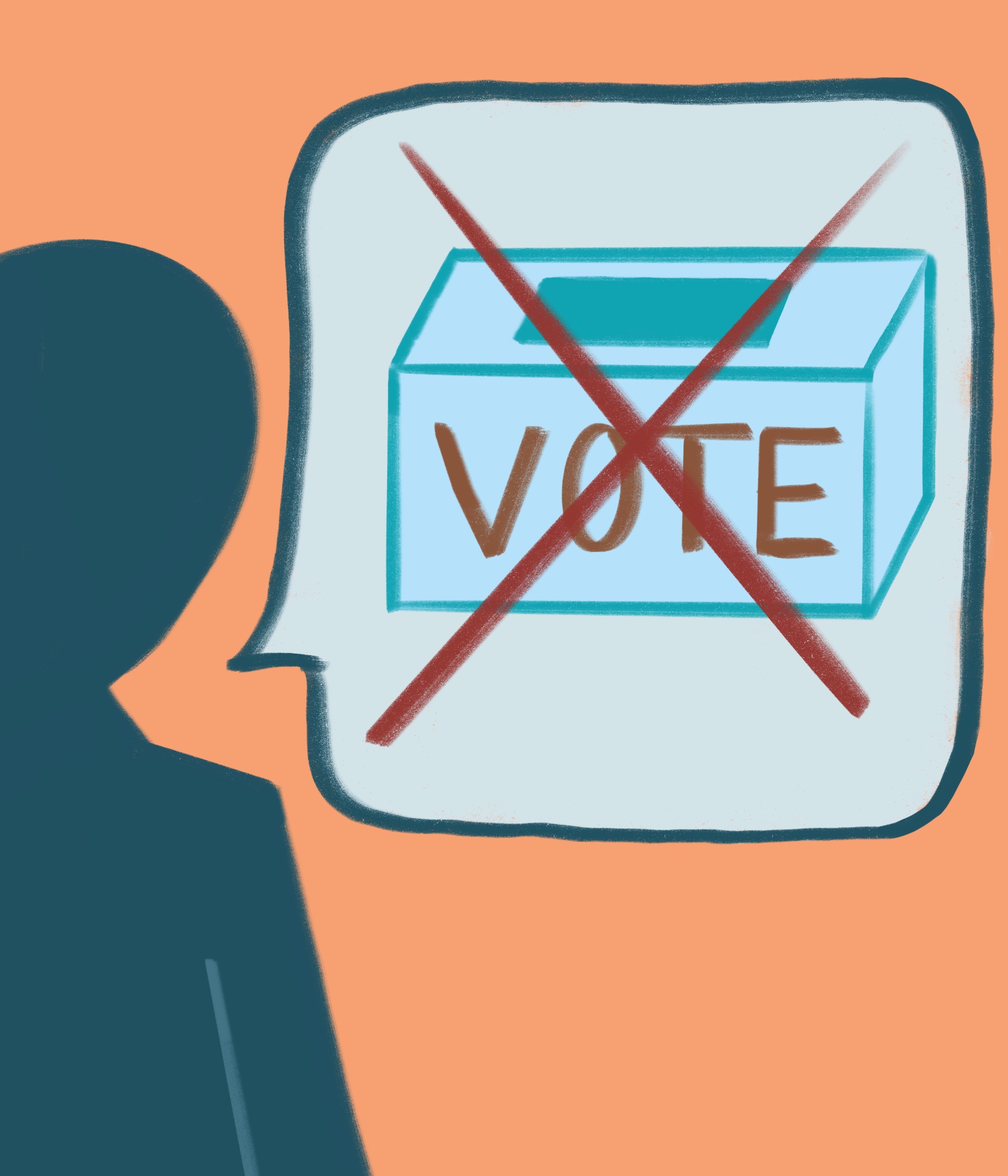 Many older voters subscribe to the idea that young adults are politically uninformed or too lazy to vote. This misconception is merely an excuse for the older generation to avoid addressing problems that contribute to a low voter turnout.

Having “coddled minds,” “an inability to understand the way the world works” or being lazy for not taking the time to vote are comments thrown around by all ends of the political spectrum to disapprove of young adult voting patterns. Statistics comparing voter turnout rates by age supports this low voting pattern. In 2016, young adult voters (ages 18 to 29) made up 43% of the total vote while ages 60+ made up over 70% of the vote. In the Texas 2020 primary elections, the young adult turnout rate was only 7%.

However, scrolling through any social media app proves the apathetic and lazy young adult narrative otherwise – to an extent. Young adults on social media are heavily vocal in politics and use platforms like Instagram and Twitter to voice their support of candidates and certain legislation. Interestingly, in 2016, 75% of young adult voters intended to cast a ballot, compared with the 43% who actually voted.

Shaming the 18 to 29-year-old voter demographic for being politically uninformed or lazy does nothing to solve the problem of low voter turnout. Instead of acknowledging the barriers and tackling the systemic issues that may prevent this age group from voting, critics take the simpler route of labeling young adults as unwilling to vote.

Many young voters fall victim to the practice of voter suppression. The reason why a young adult’s vote is even worth suppressing is that a lot of these voters are still in university – where the faculty and student body tend to skew left. In fact, voter suppression of young voters is happening right now. During a time when the popular vote seems to support Democratic presidential nominee Joe Biden, President Donald Trump has opposed additional funding towards the United States Postal Service. Defunding the USPS could hinder the capacity of states to handle an influx of mail-in ballots as well as cause delays. Young adults, especially out-of-state students in college, are less likely to have a permanent address in their state of residence, leaving many to rely on mail-in ballots to cast their votes.

In the 2016 presidential election, young voters faced a difficult decision between Donald Trump and Hillary Clinton, and several felt that neither candidate represented them properly. In interviews with young voters conducted by the National Public Radio, many of them said they felt uninspired by both candidates, and as a result, chose not to vote. In the upcoming 2020 election, a lot of voters are again facing the same issue of not strongly supporting either candidate. On social media, many are saying that they are “settling for Biden”– not necessarily voting for a candidate because they completely support their ideas, but because they don’t want the other candidate to win. This struggle is not just exclusive to younger voters but many older voters as well, with data showing that around 44% of Americans don’t vote regardless of age. Even though it may seem easier to not vote if you aren’t satisfied with either candidate, it is crucial to vote regardless. Only if more young adults vote will candidates be more inclined to address issues that are important to young people.

Moreover, many older voters do not realize their privilege in having a stable job that allows for time off and transportation when claiming young adults are lazy for not voting. Large college campuses that don’t have many polling locations can result in long lines, causing potential voters to leave because of work or class. As UTD is a smaller campus, lines for the Dallas polling location on campus are usually not long. However, to vote in Collin County, UTD provides transportation to a separate polling location off-campus, but some students with tight schedules can’t afford to make this commute. Ways college campuses can better support young voters include having more polling stations, flexible transportation options for students and more information about voting and mail-in ballots.

As the 2020 elections near, it’s our duty as students to do our absolute best to cast a vote and encourage others to do so as well. For more information about mail-in ballots in Texas visit the Texas Secretary of State website.

Teaming up to Collaborate