The story of UTD’s iconic mascot 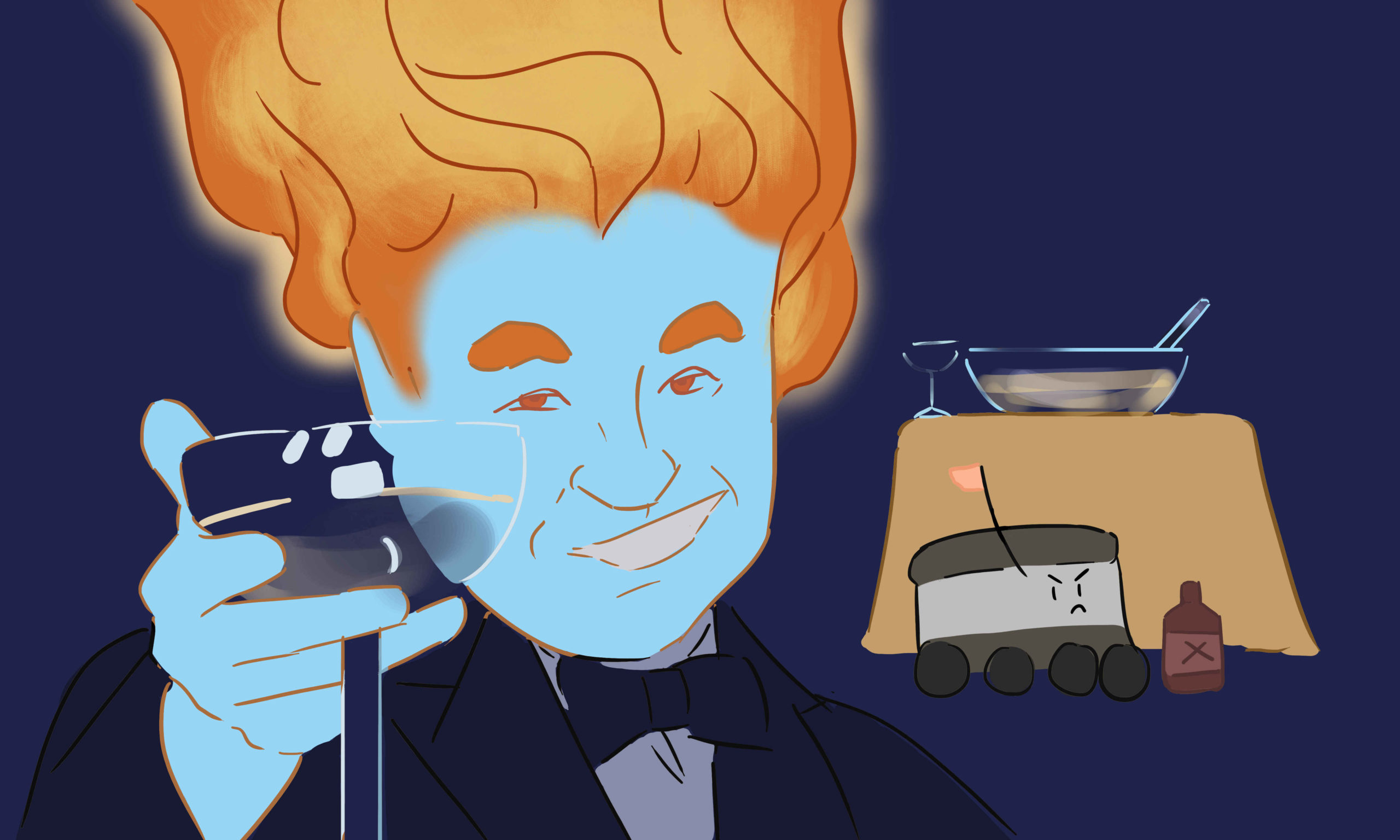 As you stroll down the vast corridors of UTD, you might catch glimpses of a mysteriously inviting and charismatic, blue-skinned comet gesturing at you from the distance. This comet is UTD’s mascot, the notorious Temoc, and he’s often the focus of ambivalent chatter within the student community. Though you’ll always catch Temoc flashing a dashing grin, behind his mask of whimsy and spunk is a lonely soul longing for acceptance and affection in his community.

First created as “Blaze” by UTD alumnus Aaron Aaryanpur on April 20, 1998, the comet was chosen as mascot to honor UTD’s many years’ worth of space and astrophysics research. In 2002, UTD changed the comet’s name to “Temoc” (pronounced as TEE-mock) after facing a copyright dispute with UT Arlington whose mascot’s name was also “Blaze.” Though the young comet didn’t realize it at the time, his new name, “Temoc” – which is “comet” spelled backwards – would go on to create a backward name spelling legacy at UTD.

From the years 2007 – 2009, several elimination attempts were made against Temoc’s life. In 2007, the university sent out a poll asking the UTD community to vote between Temoc and other potential mascots. Temoc remained as the mascot, winning half the university vote, but he could not rest easy knowing he was somewhat unwanted. To appear more congenial and to protect himself from further threats, the mascot underwent cosmetic procedures to reduce his frightening appearance. His transformation included reducing his protruding eyes, softening his grin, adding bluer hues to his skin, taming his hair and beefing up his physique. Unfortunately, the young chap’s new style did not protect him from further jabs at his status, as the university sent out a second mascot poll after his redesign. However, armed with student familiarity, Temoc once again persevered, maintaining his tenure as UTD’s official mascot.

Temoc’s redesigned form is what you see in the current Temoc costume, Temoc merchandise (which you can find in the UTD bookstore) and photos of Temoc on the UTD website. His original form rests in a glass display in the Visitor Center.

In recent times, the unofficial UTD mascots, Enarc and Tobor – which are “crane” and “robot” spelled backwards – feud with Temoc for the spotlight. A towering brazen crane, Enarc was rumored to raise students’ GPAs when construction was prevalent on campus. Later on, when the peculiar little food-delivery machines known as Tobors arrived, students were enamored with them – so much so that they sparked a mascot petition on Reddit. However, much to Temoc’s glee, this petition died out once the petition’s creators discovered Tobors are a trademark of Starship Technologies and are partially owned by Chartwells. When Temoc spots his foes, he might throw a playfully snide comment towards them, or if it’s a Tobor he spots, Temoc might make a cheeky attempt to ride it, though he will not actually do it.

When it comes to Temoc’s internet presence, the mascot contributes significantly to UTD’s meme culture. The infamous comet is frequently a topic of discussion on the UTD subreddit and was the spotlight of the “Daily Temoc Memes,” a collection of Temoc-themed memes and art prevalent on the subreddit in 2019. Also in 2019, the student organization Comet Life sponsored a Temoc statue petition, which garnered 748 signatures, though no statue was made. During the 2020-2021 academic year, students who completed their Daily Health Check regularly were rewarded with endearing Temoc badges to keep them company during the pandemic.

If you’re on campus, you can catch the lively chum parading through the university and boogying at events as he hands out goodies and poses for photos. Be wary that Temoc spooks at the sight of fire extinguishers because they threaten to douse his fiery mane, so prepare for him to scurry off if he spots you with one. Behind the scenes, Temoc dabbles in esports and enjoys swinging to the occasional Tik Tok groove, which he’ll record and post on his Tik Tok page: @official_temoc. Temoc’s alias is the same for all other social media platforms.

Overall, Temoc is a warm and merry young fellow who wants the same things as most students: to cement his place in the world and to be understood. And though Temoc is not as undeniably beloved as he wants to be, the old sport beats on, his boat against the current, blazing as the spirit of UTD.