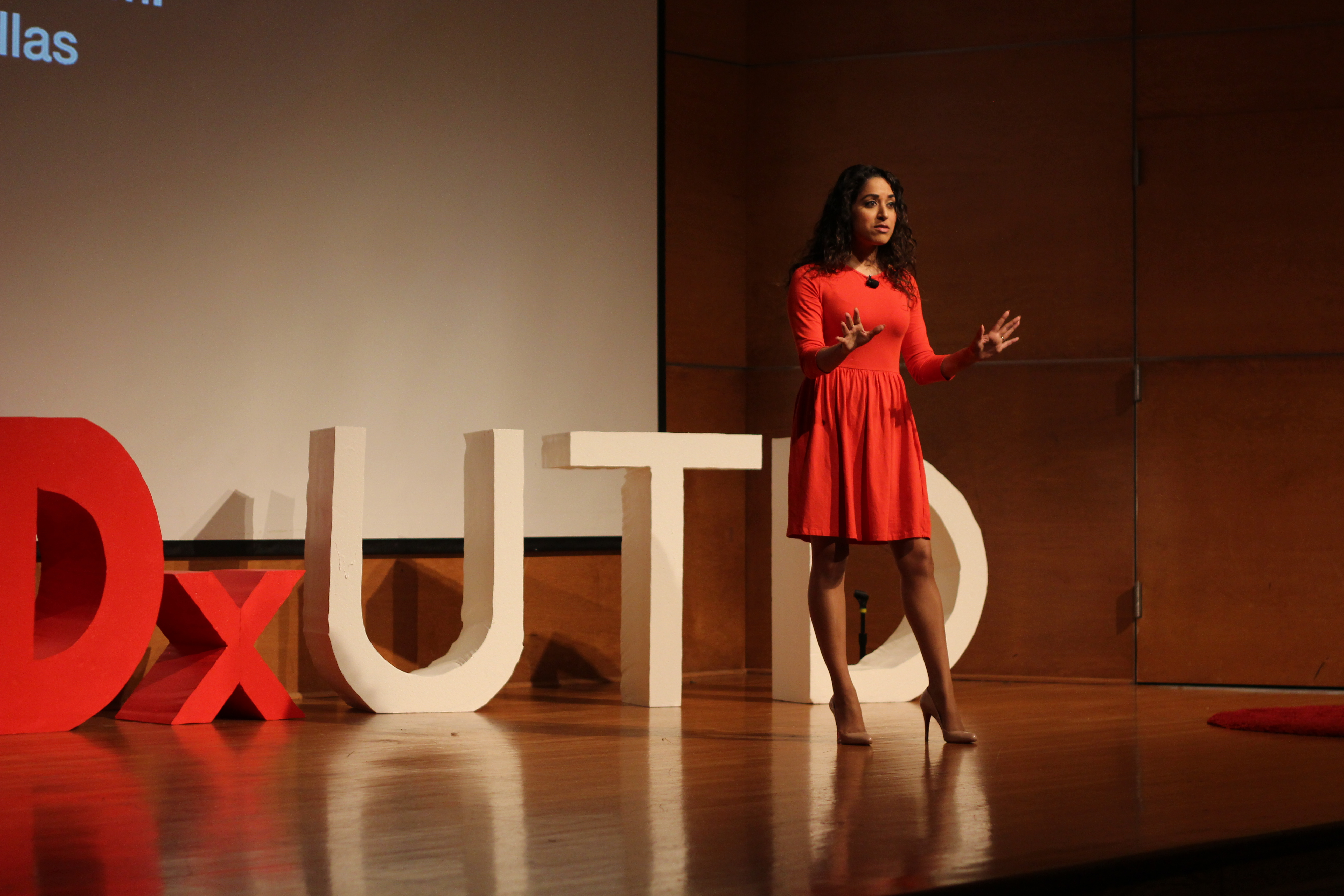 The 2015 TedxUTD conference called “Beneath the Surface”, held on April 12 in the Clark Center auditorium, brought together an eclectic group of seven speakers who delved into the issues that society faces today.

Computer science sophomore Albert Ok served as the MC for the event, introducing each speaker before they gave their talk. The presenters had 15 minutes to speak, and Ok posed a few a questions at the end of their talk to wrap up their discussion.

Economics senior Sridhar Karra’s talk, dubbed “Be a Nobody,” was about removing the ego from self in order to live a more meaningful life. He recounted his childhood dream of wanting a biography written about him, and this was how he defined success for a long time.

He explained how there are three tools for gaining experience: the body, mind and intellect. The human tendency is to try and satisfy these three and become attached to them, losing focus of what is important, Karra said.

“Humans have gone through this cycle for centuries to be somebody,” Karra said. “But when we try to break this cycle and we don’t give in to the demands of our bodies, minds and intellects we become nobodies. We start living for an ideal.”

Assistant professor of computer science Ryan McMahan discussed how virtual reality impacts our society today. He covered the history of virtual reality, which started in 1965 with Ivan Sutherland’s description of display technology that created a highly realistic experience.

In the past couple of years, companies have sought to use consumer technology, such as phones, to bring virtual reality to the masses, he said. McMahan showed the limitations of virtual technology through a video of one of his Ph.D. students using it.

The user had to be tethered to a computer and some of the visual stimuli of the user don’t match his physical movements, like when he bends down, because he is outside the field of view of the camera.

“Here at UT Dallas, we’ve been looking at ways to overcome these limitations,” McMahan said. “Essentially, we’ve been using the UT Dallas motion capture lab to track a user in a tether-less mode so they’re no longer connected to a computer and the lab gives us a very large tracking space.”

Virtual reality technology has applications in the mining, construction and healthcare fields, such as training workers by immersing them in the virtual world through realistic scenarios, McMahan said.

“In ten years, I would really like for everyone to have a system of their own,” McMahan said. “That’s my goal.”

President and chief innovator at IN2 Innovation Brian Roderman spoke about changing human behavior and creating new cultures through design. Specifically, he described how design helped solved the issue of increasing recycling rates in business towers.

Design is fueled by curiosity, compassion, comprehension and creativity, Roderman said. He and his team observed the fact that people weren’t recycling at work because recycling bins were far away and some people didn’t know how to separate their trash.

After understanding the problem, they educated people in a creative way, through brochures and recycling classes, and improved working conditions. They measured a 46 percent increase in recycling rates in multi-tenant office buildings in downtown Dallas.

“When we think about design, it’s beyond just this idea of form, fit and function,” Roderman said. “We can look everywhere and anywhere and see opportunity for improvement and innovation.”

Arts and humanities professor Thomas Riccio explored how people are bridged together through theater. He discussed indigenous performances and how these shows brought people of a community together in what he called “Community of Place.”

Human centered performances, called “Community of Ideas,” were also identified. These have a more social purpose, Riccio said. Contemporary context such as political activism, cultural reconciliation, education and entertainment are emphasized in these performances.

“I want to find a deeper part of myself through these performances,” Riccio said. “And I want to share it with others.”

These speakers were followed by a brief intermission, during which local band Duo Contra, made up of UTD students, performed.

Owner of McKnight Consulting Group William McKnight resumed the talks after the intermission with a discourse on big data. He reviewed the importance of information in every aspect of people’s lives and how data is increasing exponentially.

“When you have an abundance of something, your perspective changes,” McKnight said. “Any job with meaningful value will be better served with more information.”

He cited data as the next natural resource and encouraged companies to develop infrastructures to collect big data.

Political science sophomore Nancy Fairbank’s talk concerned teenage homelessness, which is commonly known as “The Invisible Problem.” Fairbank highlighted that there is a lack of resources to help combat the issue and many shelters don’t accommodate homeless teens because of liability issues.

Many homeless teens are roped into the sex trade, initiated into gangs and start using drugs as a form of escape from the reality they’re facing. There are over 3,500 homeless teens in Dallas ISD and 1.5 million children between 12 and 17 face the same situation nationwide, Fairbank said.

Fairbank worked with a shelter for homeless youth called The Rare Breed in her hometown of Springfield, Mo. in high school and has continued to work on the issue with the help of James Baumlin, a professor at Missouri State University.

She has written a book, due to be published by the end of this summer, that captures the stories of eight homeless teens and all the profits from the book’s sales will go toward funding The Rare Breed to continue its operations.

The last speaker was public health professor and staff writer for The Dallas Morning News Seema Yasmin. She examined the importance of being informed and staying calm in the face of a crisis, namely the Ebola outbreak that Dallas faced a couple months ago.

“Do you remember what it was like in Dallas?” Yasmin said. “My editor said that I was the voice soothing America. I was determined that we don’t let fear get in the way of compassion and to empower through information, and to say get smart, stay calm and we will get through this.” 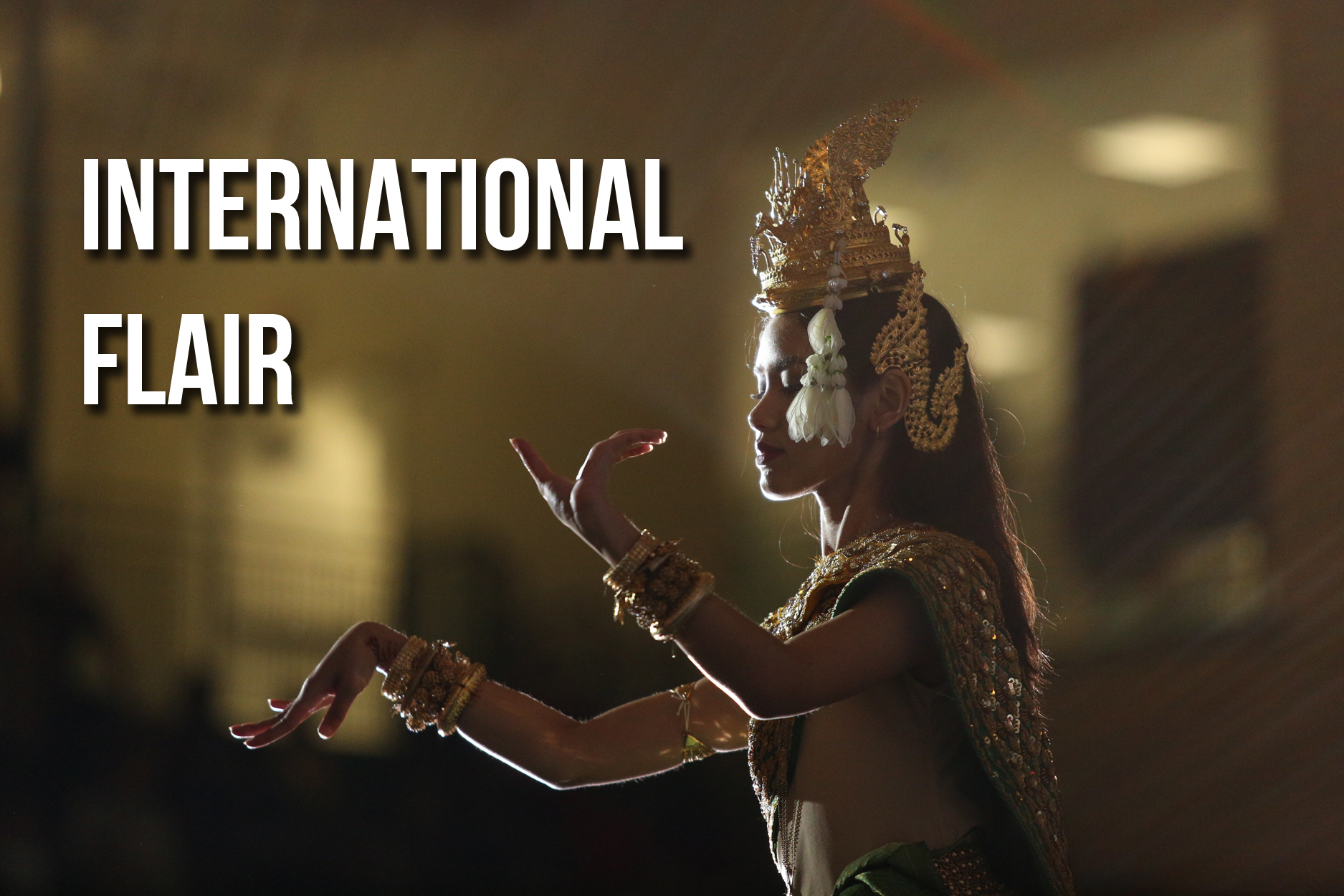 Find me a home