Changing majors: what you need to know 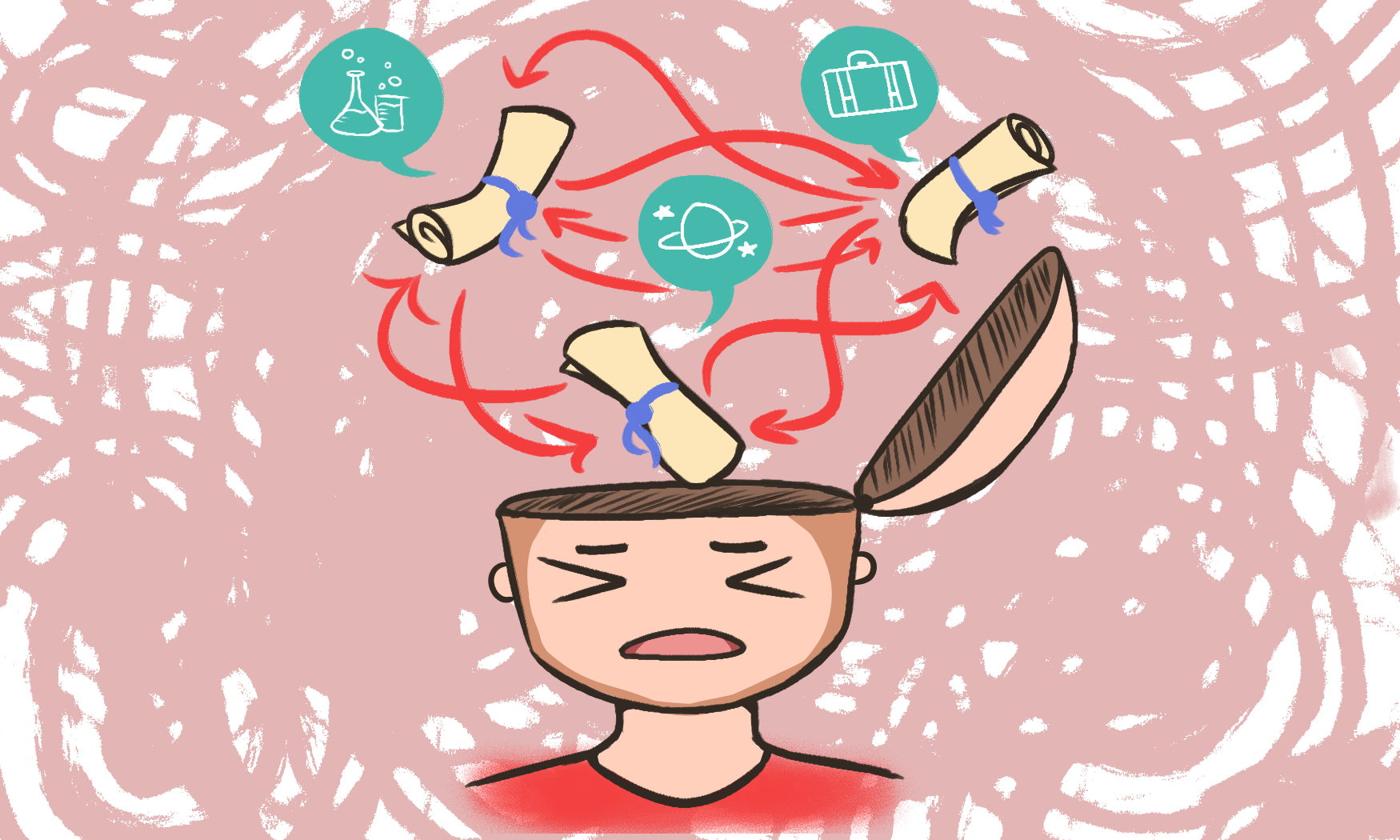 With increased student interest in exploratory major advising, two people familiar with the process share their advice for students who are considering changing their major.

According to fall 2020 UTD enrollment statistics, out of 3,601 freshmen, only 92 were undeclared. But data from a study published by the US Department of Education shows that approximately 33% of undergraduate students who declare a major change it at least once within their first three years of enrollment.

Public policy senior Kennedy Kennerson started at UTD as a cognitive science major with plans to pursue a career in curriculum development. The major requires several computer science classes, and while taking one during her first semester, Kennerson began to question whether cognitive science was right for her.

“I realized that it wasn’t necessarily that I didn’t like it, but I was not suited to learn it in an academic environment,” Kennerson said.

Kennerson enjoyed the variety of courses that the cognitive science degree offered and knew she wanted to count the credits she had already taken toward her new major. After scouring degree plans and the course catalog for class descriptions, she became interested in both public policy and finance.

“I took some classes that fell into both degrees I was looking at just so I had a backup plan and didn’t feel like I completely wasted the semester,” Kennerson said.

She ended up loving the public policy classes and officially changed her major at the end of her sophomore year.

In addition to keeping an open mind and trying different classes, seeking guidance from the Career Center and advisors is important, said Kennerson. When she wasn’t getting the information that she needed from her first advisor, she also found it helpful to talk with professors and alumni who in turn recommended other staff.

“Once I connected with faculty who could connect me with other people, it really did make my experience a lot better when it came to making decisions or figuring out what class to take or which opportunities to pursue at UTD,” Kennerson said.

Since Kennerson had entered UTD with two years’ worth of credits from high school, she was able to stay on track for graduation. But it’s important for students to think seriously about their career plans during freshman year to avoid the extra time and expense that can come with changing their major late in their degree plan, said Associate Director of Academic Advising Eric Welgehausen.

Welgehausen works in Exploratory Advising, which was established in 2018 for both undeclared students and students who are considering changing their major and saw doubled student interest between its first and second years. Students often question their major at the end of the semester: 25% of the students who have reached out to the office this academic year have done so since Jan. 4, Welgehausen said.

“The first question I want to ask every single student is their process for figuring out their original major,” Welgehausen said. “A lot of my students, they get into that first semester, and they’re like, okay, this is not what I thought it was.”

He said in order for a student to determine what they’re interested in, it’s very important to do career testing as a freshman and to get involved in as many opportunities and activities outside of class as possible.

“It’s hard to make a decision about your major if you don’t know who you are, what your skills are, what your values are and what kind of career you want to have,” Welgehausen said. “In the first year, it’s about the importance of gathering information and learning as much about yourself as you can.”