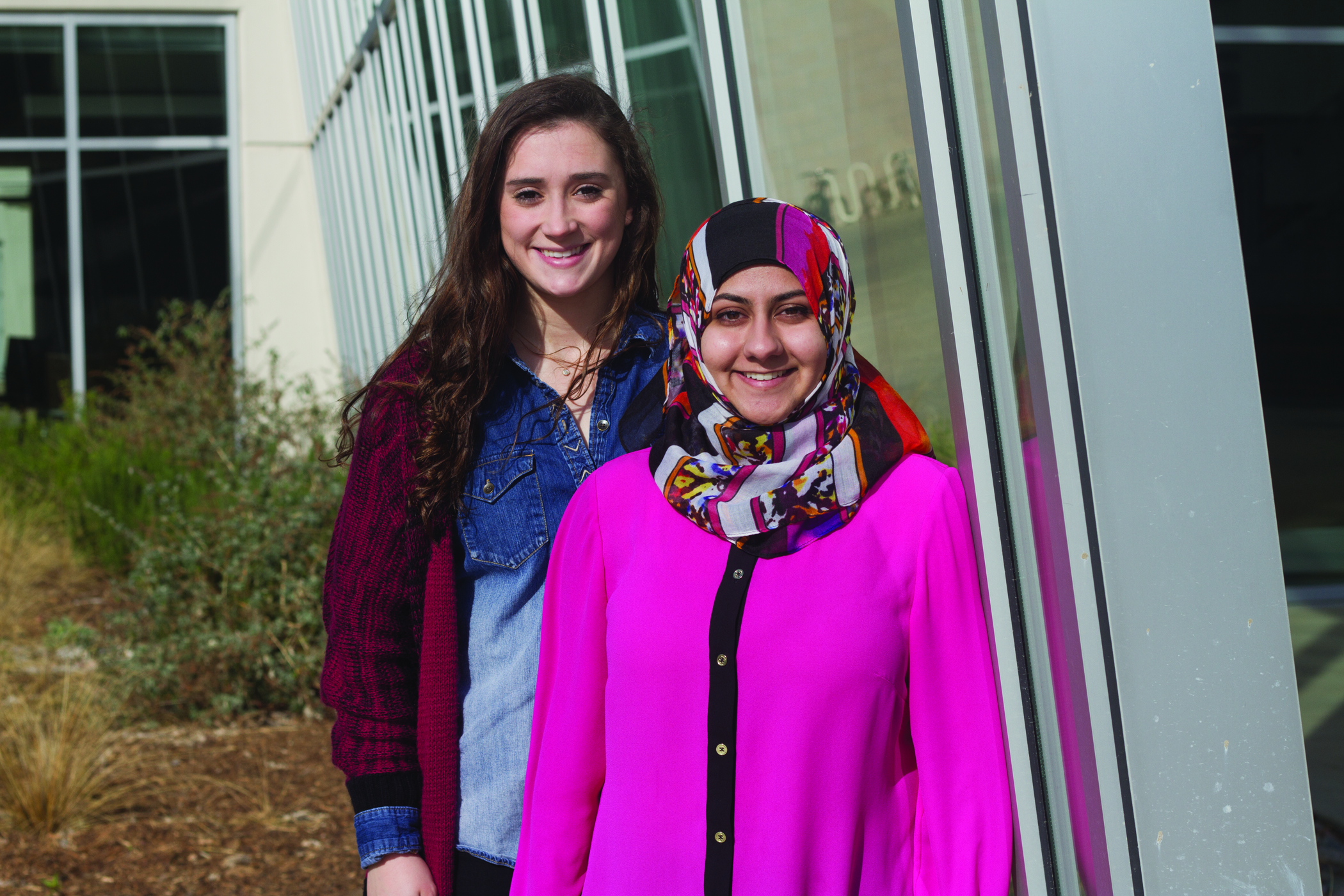 Mariam Allahrakha awoke suddenly to her phone ringing in the middle of the night. Her best friend was on the other line, frantic. She was having a panic attack.
Allahrakha discovered that her friend had been diagnosed with an anxiety disorder the year before, and she was afraid that people would see her differently, so she didn’t reveal her condition. For her friend, whom she’d known since elementary school, to keep her in the dark out of fear made Allahrakha realize the extent of social stigma toward mental illness.
“I tried hard to help her, but I couldn’t,” she said. “I wanted to do more but I had to understand that the best thing I could do for her was just be a good friend.”
In light of this experience, Allahrakha, a finance and accounting freshman, founded a new organization on campus called Empowered Minds aiming to reduce the negative attitude toward mental illness and increase preparedness in helping peers in trouble.
Since receiving approval on Jan. 16, the officers of the organization hope to inform students about mental health as well as work toward reducing ignorant judgments associated with mental illnesses. It had its first meeting on Jan 26.
“When we hear about someone with a cast, we run towards them to sign it. When we hear about someone with depression, we run the other direction,” Allahrakha said.
According to the National Alliance on Mental Illness, one in four adults aged 18 to 24 have a diagnosable mental illness, and 40 percent of these students do not seek help. The primary concern among these students is fear of public opinion about their problem.
“When you transition to university, it’s a difficult time because you’re leaving family. You’re leaving home, and that’s when a lot of students tend to be in a vulnerable state,” Allahrakha said. “I wanted to have an organization that would be a safe space. If people came to us who were affected, we could lead them to someone who could help them.”
The organization is planning to host speaker events with professional staff such as assistant dean of the School of Behavioral and Brain Sciences Joanna Gentsch and Outreach Coordinator and staff psychologist for the Student Counseling Center Neetha Devdas.
Following speaker events, the officers want to have discussion panels that could be both informative as well as personal, depending on what members are interested in.
Recordings of these speaker events and motivational messages will be shared on the club’s social media pages to help raise awareness.  Allahrakha said officers will focus on sharing information on depression, anxiety and suicide, as they affect the most people but will also include material on less common issues as well.
Student Government wants to coordinate with the organization to launch an awareness campaign by integrating students of different backgrounds and helping them overcome language and cultural barriers to understand that mental illness is a universal issue, said Grant Branam, freshman senator and head of the campaign.  This campaign will take effect this spring semester, but he said it’s still in the preliminary stages of planning.
Senators discussed at a SG meeting what is not being addressed in terms of mental illness, and decided that the negative stigma and students being unfamiliar with mental health services on campus were some of the most pressing issues.
“There is a general consensus that mental health is viewed in a negative way and modes of recovery aren’t publicized,” Branam said. “Even though resources are there physically, students face a lot of emotional barriers to receive help.”
Empowered Minds is planning a separate initiative tentatively called De-stress Week for April 27 through May 1, the week before finals.
The group is working with Random Acts of Kindness to bring therapy dogs on campus. It will also collaborate with TEDxUTD President Srikant Chari to present an informative video about depression and stress on April 29 from 7 to 8:30 P.M.
The group’s long-term goals include spreading to other campuses if they don’t have an equivalent program and reaching out to middle school students in mentorship programs and speaker events.
“We want to have a strong start by collaborating with other organizations this first semester, and have our own impact next fall during Mental Health Awareness Week in October, “ said Aaminah Farooq, social media head for Empowered Minds.
One of the challenges of establishing the organization was trying to make it clear that the officers and members are not and will not be substitutes for professional mental health counselors, Allahrakha said.
However, they will be available to serve as a liaison between students seeking help and the Student Wellness Center. Although the officers haven’t met with a representative from the SWC to discuss their goals yet, Allahrakha said she hopes the SWC will agree to sponsor talks at Empowered Minds meetings.
“I think more people will be willing to seek the help they need if they’re not so afraid of what other people will think,” she said.