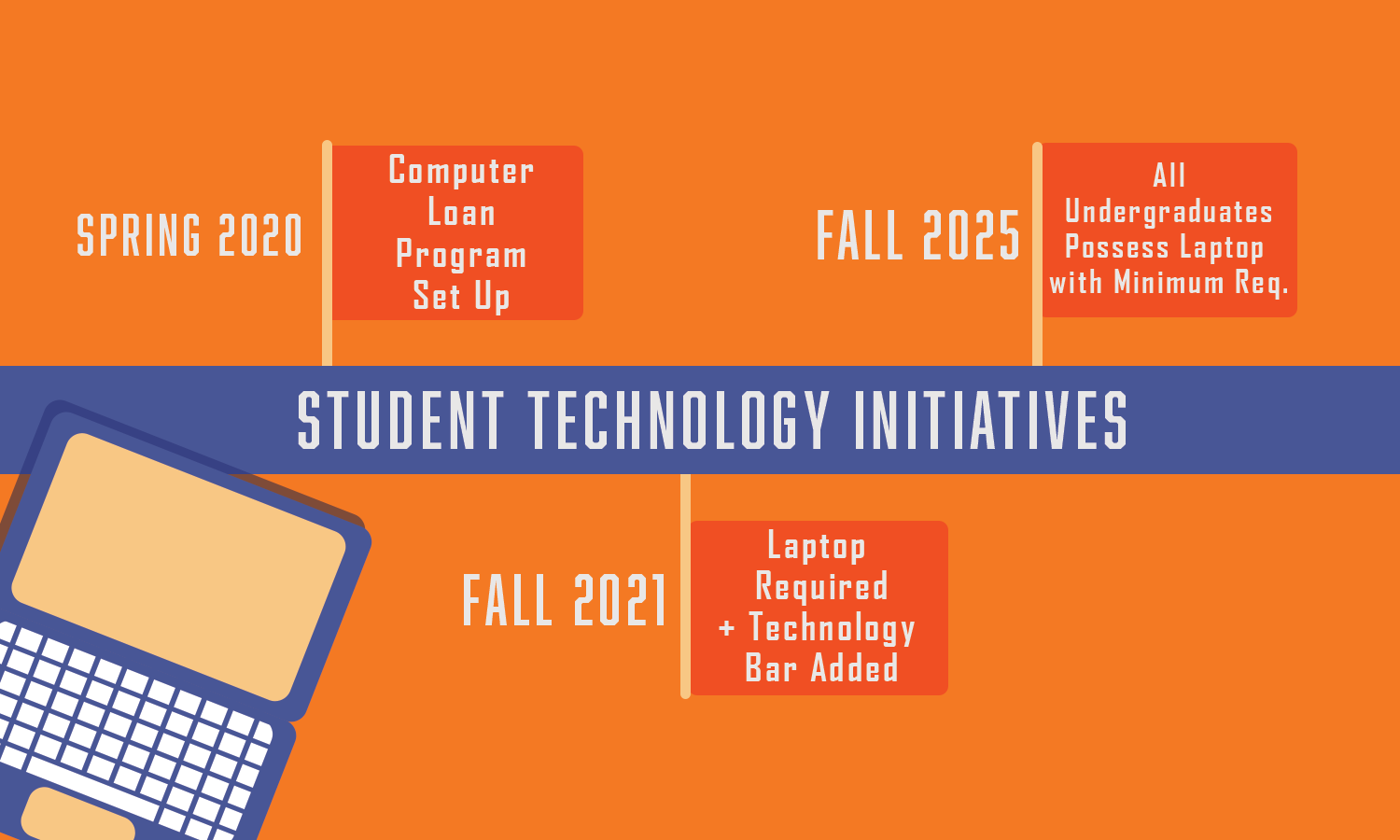 Following the success of an on-campus computer loaning program, incoming freshman who do not own a laptop that meets UTD’s new minimum standard can borrow one this fall.

For students worried about meeting the new requirement, Chief Technology Officer Brian Dourty said that the initiative aims to empower students rather than burden them.

“It’s not like you have to show up and present your laptop and we have to check it out. Nothing like that is going to happen,” Dourty said. “This is about opening up the options. We want to increase the number of students who have access to that technology.”

In 2019, a study estimated that 9% of college students did not have access to laptops. When the pandemic began last March, UTD introduced the student computer loaner program to help Comets without adequate computer access. Dourty was one of the individuals involved in developing the program and the subsequent laptop requirement.

“It became quite obvious that not all students were on equal footing, so we started looking at what we had available and how we could make that available to the students,” Dourty said. “It started out by us collecting hardware from across campus from various departments, refurbishing that and making it available to our students.”

While the computer labs on campus remained open at reduced capacity, students who couldn’t access the labs could fill out laptop requests online and borrow computers for the semester. Since the program’s inception, over 1,000 students have been served. The program currently has 360 laptops, and Dourty anticipates that number will reach over 500 by the fall.

To address the growing need for adequate technology, an ad-hoc working group was formed last May to explore the idea of a laptop requirement.The group looked at similar initiatives at schools such as UNC Chapel Hill, Virginia Tech and Georgia Tech, which ranged from the universities providing the hardware for students to simply having it as a recommendation. Dourty said the two main factors the group took into account were price and durability.

“We wanted to make sure that what we were putting out there was within reach of our entire student body. Really, the important thing was that we wanted that hardware to last, so it was a balance between those things: trying to find specifications that would more than likely get a student through their undergraduate program,” Dourty said. “You know, so it wasn’t just about what they were doing with it today, but what they’d be doing with it four years down the road.”

UTD’s minimum standard for a laptop includes eight GB of memory, 256 GB of SSD, 20 MB download / 5 MB upload Internet connection and a built-in camera and microphone. It will also need to run either Microsoft Windows 10 OS or macOS 11.

The three recommended models range from $800 to $950, prices which have been discounted for students by UTD’s partnership with Dell. The Financial Aid Office website states that undergrads in need of additional loan funding can request a one-time increase to their cost of attendance for the purchase of a laptop. The loaner program will remain open to students as UTD develops assistance programs for students who cannot purchase a laptop.

In anticipation of more students retuning to campus this fall, UTD is planning the opening of a Technology Bar in the Student Union. The bar will be the pick-up and drop-off location of the loaner program and will also have a walk-up help desk for computer issues.

“The vision we have is if you have a Dell laptop that has a hardware problem, you can bring it to us, and we can give you a loaner while we fix it,” Dourty said. “Then you can come back and trade it in and continue your coursework.”

In addition, UTD is currently replacing the wireless solution across 70 buildings on campus, with plans to complete the academic buildings before the fall semester. The new solution will provide additional capacity, performance and coverage, as well as new services like indoor navigation.

The ad-hoc working group is in the process of being formalized into an official university committee, which will grow the programs and set the laptop standard on an annual basis. With all incoming freshmen classes meeting the requirement starting this fall, all undergraduate classes will have laptops with university standards by 2025. Dourty said this initiative may expand to include graduate students in the future.

“The overall goal is about ensuring our students are successful and have an exceptional experience at UT Dallas,” Dourty said.