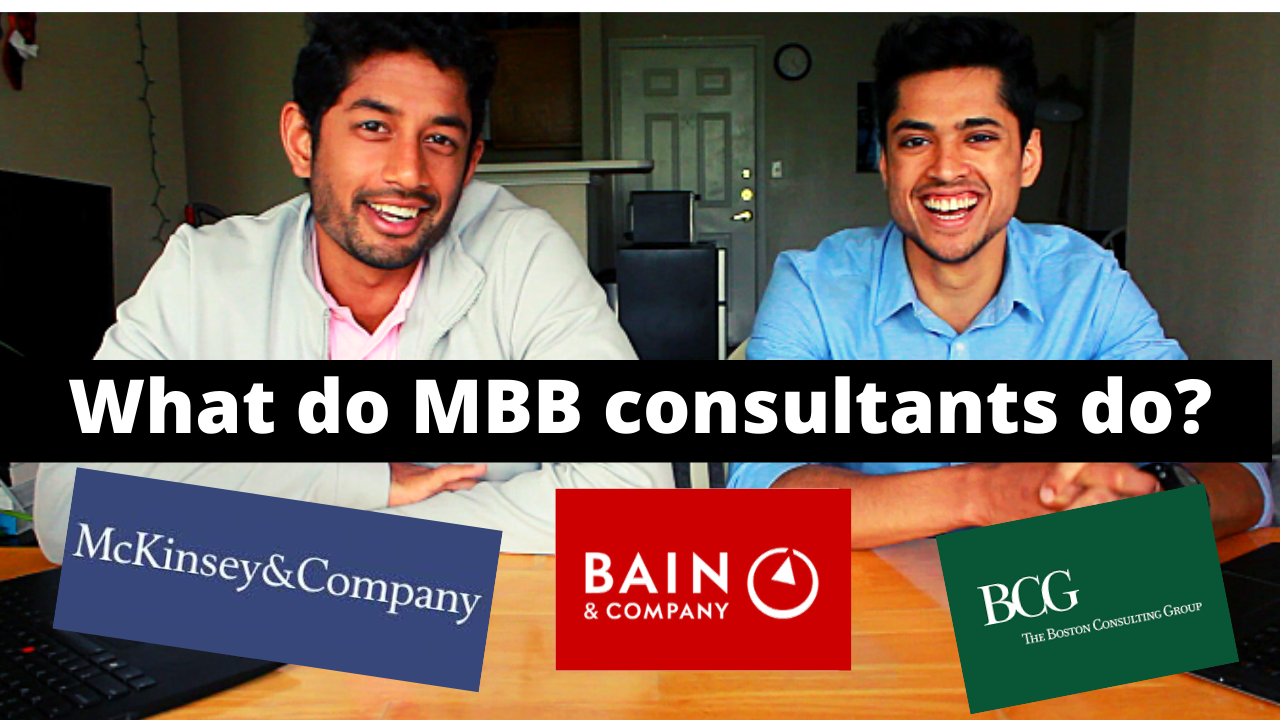 Two UTD students from one of the top consulting firms in the world want to share their secrets to success with aspiring consultants.

Mechanical engineering spring 2019 alumnus Neel Reddy and computer science senior Rohit Shenoy befriended each other in 2018 after meeting through the Davidson Management Honors Program. Although neither had started college with consulting as a career goal, Reddy now works as a Bain consultant and Shenoy plans to join the firm upon graduation.

“I didn’t like technical engineering, so I started looking at other things. Luckily, I already knew about consulting just because of some of the friends I had,” Reddy said. “I liked the problem-solving and creative aspects to it.”

As a junior deciding to get into consulting, Reddy found that the best way to start his journey was to network with consultants from firms he was interested in. He said many UTD alumni working in those companies supported him. After networking and preparing thoroughly for interviews, Reddy was offered a summer internship at Bain in 2018 and a full-time job offer in October of 2019. Shenoy, who became interested in consulting after hearing about it from Reddy, interned at Bain this summer.

“The most difficult part was the case interview,” Reddy said. “I faced a competency curve while doing it, where the first few times doing a case I sucked at it, but after two to three months of casing and really getting it down, I got better at it.”

Now, the duo wants to give back to students who are going through the application process. This May, they created their YouTube channel “Neel and Rohit”  with videos covering a variety of topics such as what management consultants do day-to-day, how to handle case interviews and how to network. They focus specifically on how to get into MBB, an abbreviation for the three largest consulting firms in the world: McKinsey, Boston Consulting Group and Bain.

“Our goal is to share what we’ve learned about the process to help other students,” Shenoy said. “There are programs where you [have] to pay $100 an hour to talk to a consultant and do prep with them, which is not accessible for every student.”

Their channel has garnered over 35,000 views since its inception, and they have 4.7 thousand subscribers from countries as far as Italy, Venezuela and India. Shenoy said he posted about their channel on LinkedIn and at a student conference, but the rest has spread organically.

Although UTD is not a target school for MBB, Shenoy said he was able to connect with some of its professionals through his time at 180 Degrees Consulting, a student consulting organization that engages with non-profits and socially conscious organizations.

“It was a good practice run of what consulting is like and helps you figure out if you’re actually interested in consulting,” Shenoy said. “As a member of the organization, I was able to connect with mentors from MBB for feedback throughout a [semester-long] project cycle.”

Shenoy started developing his skillset on his first 180 Degrees Consulting project with The Salvation Army in early 2019. He and his team saved the organization thousands of dollars by reducing website costs by 90%. The project was strategy management-oriented, similar to the work he would later do as an intern.

180 Degrees Consulting president Suha Moghal said that alumni Reddy and Shenoy have created a support network and, embodying the organization’s mission to give back to the community, mentor and assist with trainings to members.

“We’re trying to be a platform for students to learn about consulting. There’s not a lot of consulting resources at UTD,” Moghal said. “We focus on providing members with high-quality training and include things like case method training, soft skills and analytics skills. We partner with our mentors and top consulting firms to conduct these trainings, so it’s very reflective of how real consulting is like.”

While the duo has come full circle through their mentoring at UTD, Reddy and Shenoy have been on a brief hiatus from their YouTube channel. They said their long-term goal is to develop a library of case material in the future. While being part of the consulting community at UTD, they realized that they wanted to expand to an online community at some point in the future.

“We’ve had lots of people reach out to us, and one thing we found is that the process of prepping can be kind of lonely. You need to have someone to do it with,” Shenoy said. “We would like to, at some point, be able to create an [online] community where all these people from all over can help each other.”