Business at thrift stores picking up compared to beginning of pandemic 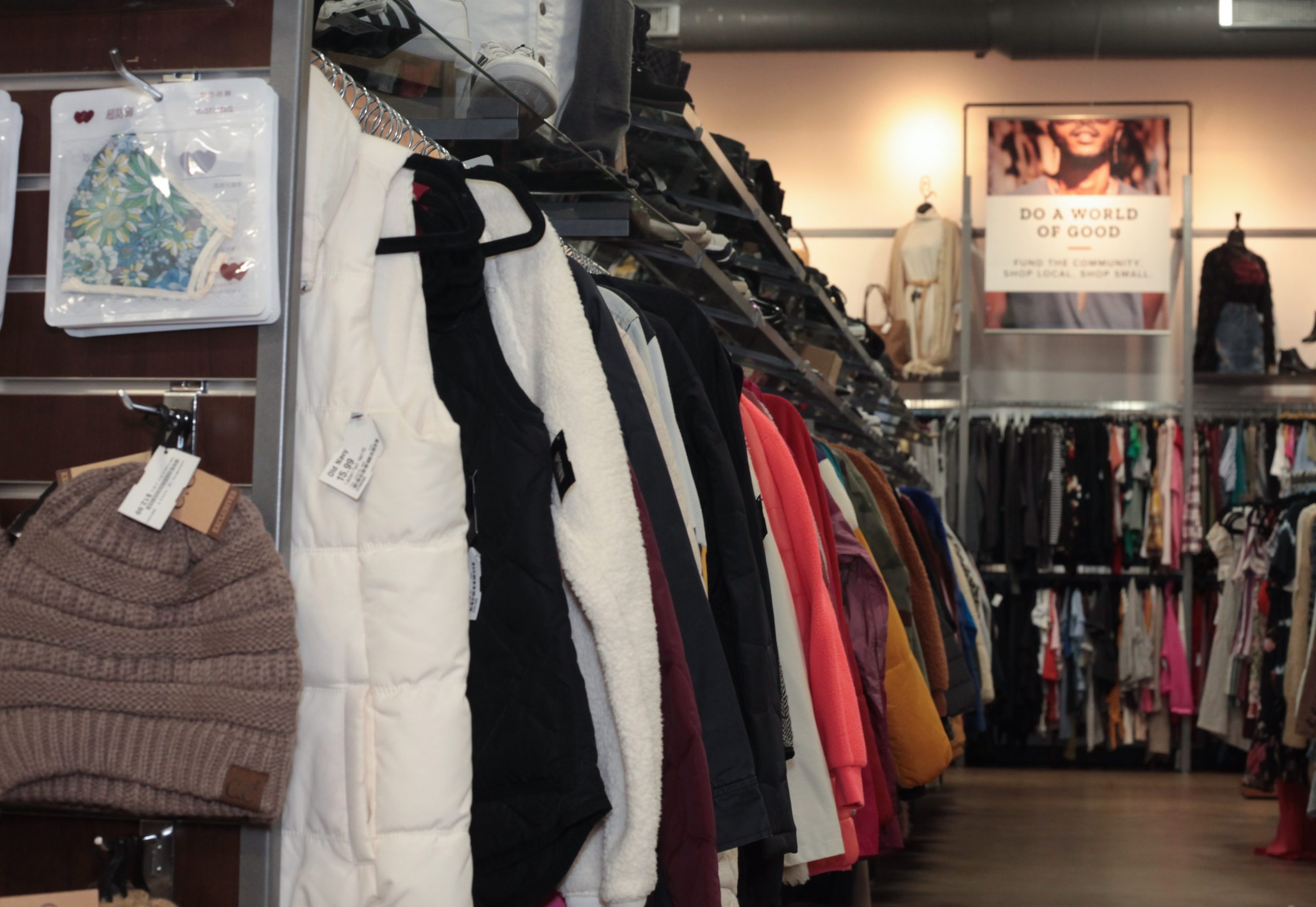 An employee at Uptown Cheapskate said that demand for event-specific clothing has decreased since the start of the pandemic. Photo by Pavan Tauh | Mercury Staff

At thrift stores, long credited with providing cheaper clothing options for consumers, business has largely remained steady during the pandemic, with the occasional stagnation.

Austin Devillier, an employee at Uptown Cheapskate, said that though traffic in the store was slightly down during the beginning of the pandemic, business has picked up lately.

“A lot more people are coming in, like new customers that we haven’t seen. It really just depends on our clientele. A lot of college kids come in, first thing, and a lot less of our normal customers that we’d have,” Devillier said. “People have been calling a lot asking if we have any deals going on…a lot of sweaters and stuff are popular right now, like the vintage-ier sweaters.”

Devillier said that the demand for event-specific clothing, however, has lessened.

“A lot of times we would get people coming in, you know, they needed this sport coat for a graduation, or maybe like a new dress for a wedding,” Devillier said. “As we haven’t had as many large gatherings or events going on, it’s just become less on those ends for the people coming in looking for those kinds of specific items.”

Instead of thrifting, some students have been using alternative methods to find cheaper items. Mike Wang, an Information Technology and Systems sophomore, said that he looks for small companies on Amazon that might provide gift cards in exchange for reviews. Yet Wang cautioned others about the possibility of being scammed.

“A lot of things on Amazon that seem too good to be true are too good to be true,” Wang said. “I guess you just shouldn’t go into it expecting to actually find anything of value because every time something from Amazon arrives and it’s cheap, and I’m just doing it for fun and it actually works, that’s just like a pleasant surprise.”

Wang said that he would thrift sometimes with his friends and would go into it with the same mindset as he did when shopping online on Amazon.

Delaine Sneed, an employee at Lifesavers Upscale Resale, said that the store’s strength lies in its role as a faith-based nonprofit organization.

“Business has been very good,” Sneed said. “And it’s not really based on the need to shop here as much as it is people that are supporting our community, knowing that it goes back into funding, helping women.”