Over 6,000 Comets voted in both referendums, Athletics fee fails by 212 votes 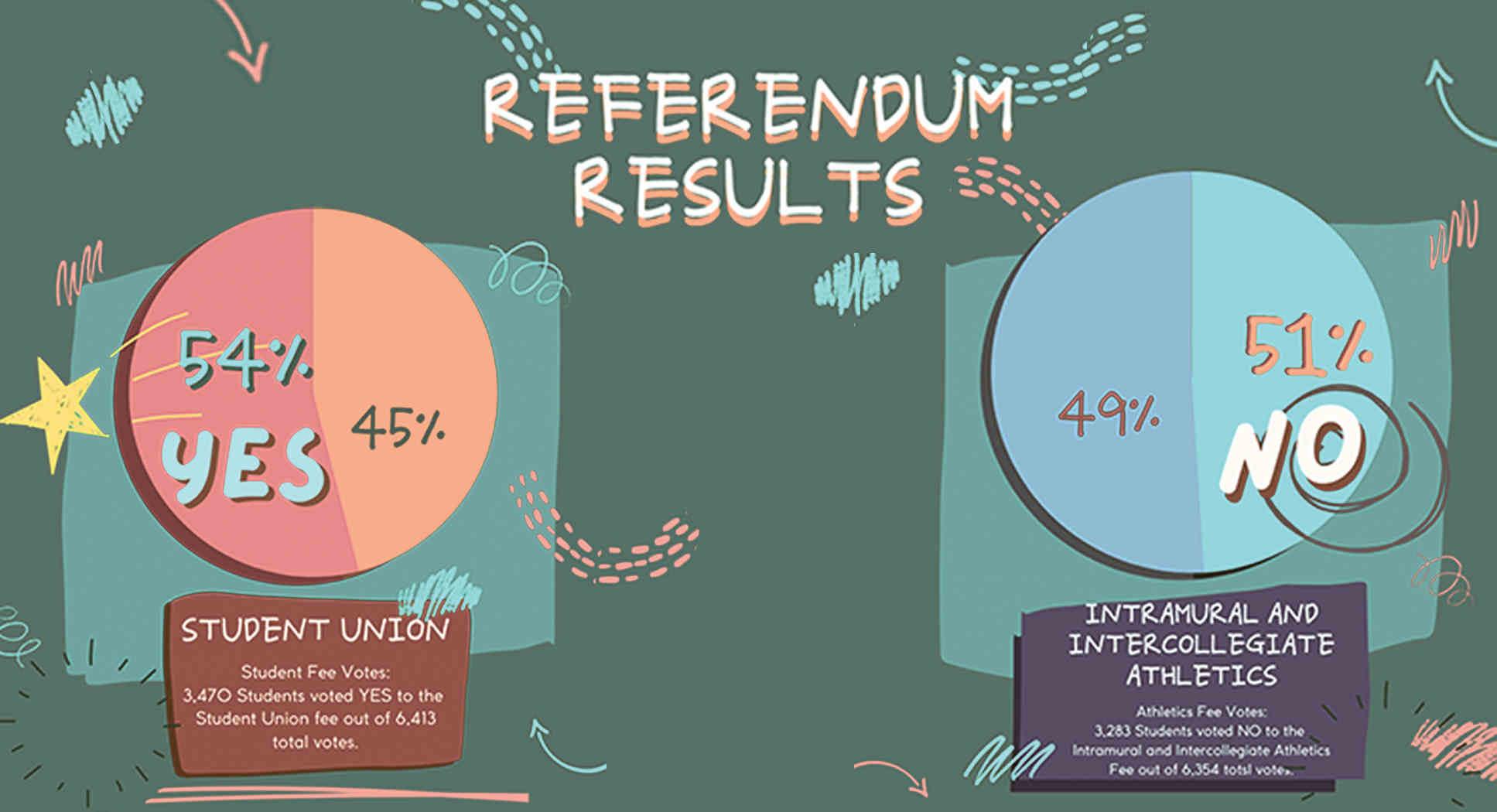 Comets voted in favor of a new Student Union and narrowly voted down an increased athletics fee in the recent fee referendum polls.

UTD’s next steps for a new SU are to secure approval from the state legislature to legally raise the fee cap. If passed through the legislature, the new SU fee–$100 per semester–will go into effect in fall 2023.

Over 6,000 students–about 20% of UTD’s population–voted in both polls. Vice President of Student Affairs Gene Fitch said this referendum vote was one the highest turnouts the University.

“We never get that, not even in Student Government elections,” Fitch said. “This is beyond significant–it shows us that students care. Now what’s disappointing, obviously, is that the athletics fee specifically did not pass.”

With the athletics fee failing by a margin of 200 votes, the university will not unlock additional funding to expand the athletics program and begin work on new facilities. That being said, a prior student vote is not needed to raise fee caps — for example, UT Arlington raised their fee cap in the legislature first and afterward had students vote on whether to implement the increase.

“There was a post made on social media that we took down by one of our team that contradicts what I just said,” Fitch said. “It said that we had already made the decision to go to the legislature about the athletics fee, which is not true…but I would expect in the next two to three weeks, we’ll know what we’re going to try and do to help athletics.”

Fitch said he suspects the spread of misinformation about the athletics fee on social media contributed to the failed vote. One example Fitch pointed out is a Reddit post put out by Nikhil Jeeva — a computer engineering junior and the president of the men’s ultimate frisbee team — that said his club wouldn’t be able to utilize the track and field complex.

“They outlined three or four points about why it was bad, but every point was inaccurate,” Fitch said. “Actually, we would’ve gained a net plus of one field. Yes, the track and field would be built on two fields, but there would’ve been an all-turf infield that soccer, lacrosse or ultimate frisbee could use. The other part of the plan was to go to the multipurpose field and turf that to create two more fields … what’s frustrating is that there was so much misinformation, and we were doing our best to scan those sources and correct them, but by that time it was too late.”

When reached for comment, Jeeva said he was concerned about a potential power struggle between the athletics department and UREC over when club sports could use the fields.

“After processing it, I’ve realized that those examples I brought up before might not be 100% accurate, but what I feel is accurate is the fact that UTD club sports won’t have the priority in the use of fields,” Jeeva said. “I’m more than happy to take back those negative things I’ve said about athletics…I mean, if we had [priority], I honestly would have 100% supported this.”

Fitch said that it is likely administrators will ask students to vote on an athletics referendum again in the future. Athletics Director Angela Marin was unavailable to comment.

“It’s no different than someone running for a political office,” Fitch said. “They get beat the first time, and unless they were just all in, they’re going to go back and try it again. And we’d be foolish not to. What message would that send to our student-athletes if we didn’t try again?”