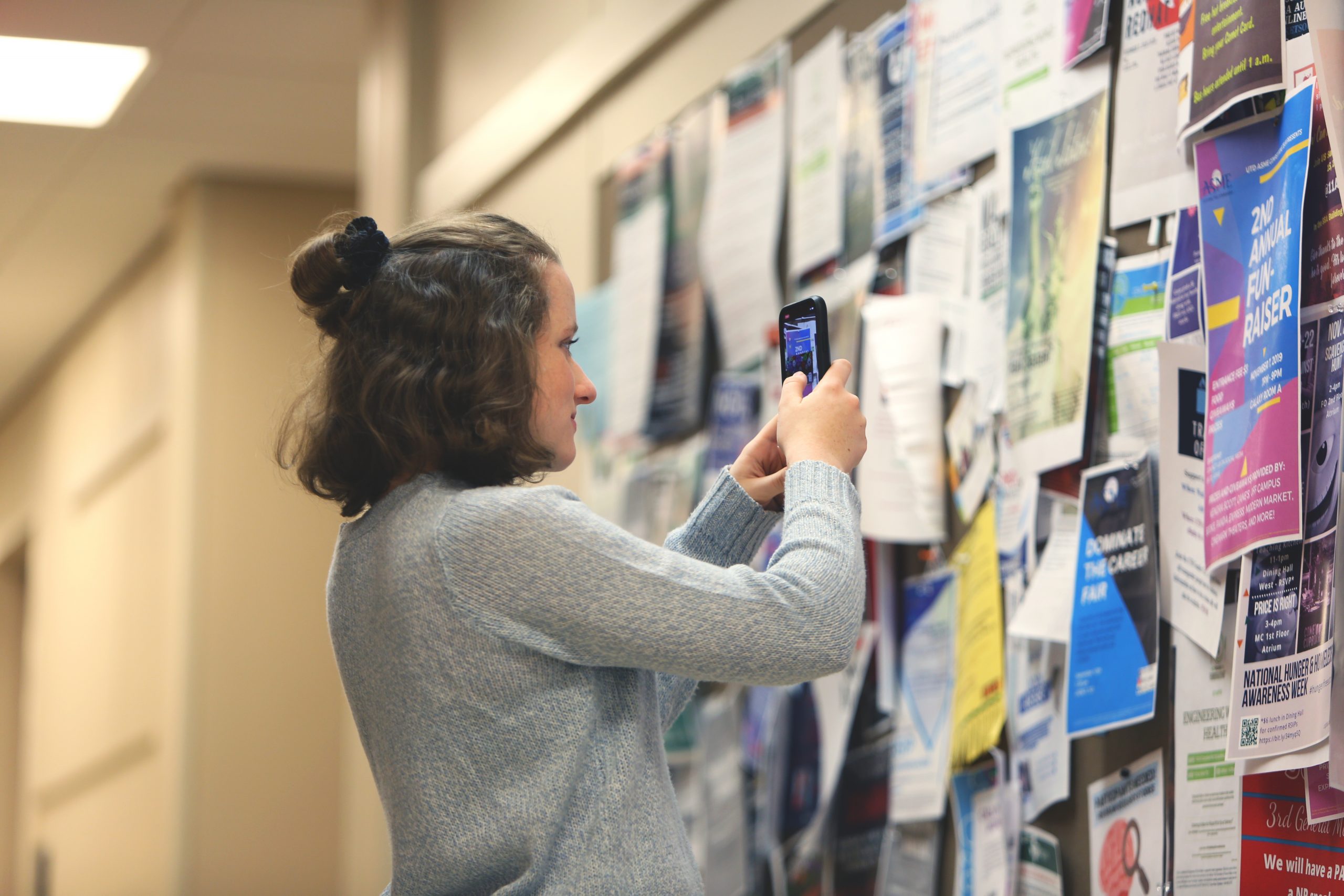 Navigating the galaxies of campus activities, events and clubs can be dizzying. That’s why four computer science freshmen set out to make charting the course a little easier for Comets.

Khalid Hossain, Cady Baltz, Christina Abraham and Supratik Pochampally recently placed second in the 2019 T-Mobile Hacktober Hackathon. Now, the team has claimed first place in the Student Government category for the 2019 UTD Hackathon by specifically designing an app that benefits the campus. Hossain said the all-night coding experience was intense — and well worth it.

“The problem we saw — my team and I — is that we see all these flyers everywhere. We sometimes are very interested in them, but we’re running to class, we’re going places, we don’t really have the time to stop and really take in the information in the posters,” Hossain said. “And so, what we decided, was what if these posters were much more interactive in a much faster way?”

Gone are the days of snapping photos of posters, then forgetting about them. The app, Hossain said, is appropriately coined “Orbit” for its ability to encourage Comets to more effectively navigate activities around campus. Abraham also said Orbit is meant to stimulate student engagement.

“We really hope it can get students more involved on campus,” Abraham said. “You’re always passing these posters on your way to class, and you never really take the time to think about or interact with them, or just think about what interests you.”

Designing and coding an app within 24 hours came with its fair share of challenges. Baltz said one difficult problem was coming up with their idea to begin with.

“We basically completely started from scratch I’d say around five or six p.m.,” Baltz said. “I think that’s a problem with lots of Hackathons: you start working on something, and then you realize, ‘Oh, wait, this is not going to work’ — and you’re still within that 24-hour time span.”

Although Baltz and Abraham had some prior experience coding for iOS devices, Hossain and Pochampally said the development code for Orbit was mostly new to them.

“The biggest challenge was we had to learn as we went,” Pochampally said. “There weren’t many Internet resources where we could find these frameworks. So, we were trying to figure out the whole framework by ourselves.”

Despite the bumpy start, Hossain said that it was surprising how straightforward the project flowed after the initial set-up, when they began to code.

“Just the bugs and errors (and) starting it up were problems,” Hossain said. “We just realized, this is some powerful technology, but it’s really accessible as well.”

Orbit may even end up extending its reach beyond campus. Hossain said the team has contacted a few companies about implementing the app in the greater Dallas area.

“After the T-Mobile Hackathon, we were invited to this networking event with people from all over Dallas, mostly creative arts specialists. We discussed our apps with them and what we’ve done,” Hossain said. “We want to do this on a large scale for the murals around uptown Dallas and Deep Ellum, and we’re working with artists there so we can make their murals interactive.”

While the app isn’t available to be downloaded yet, Hossain said the four designers have been talking with student government about integrating Orbit directly into the UTD mobile app.

“We feel like it’s a really long-term scalable solution as well, because once people begin getting involved just through this app, then they kind of stay involved through their college career,” Pochampally said. “And it’s all thanks to their first attempt to try and put themselves out there.”