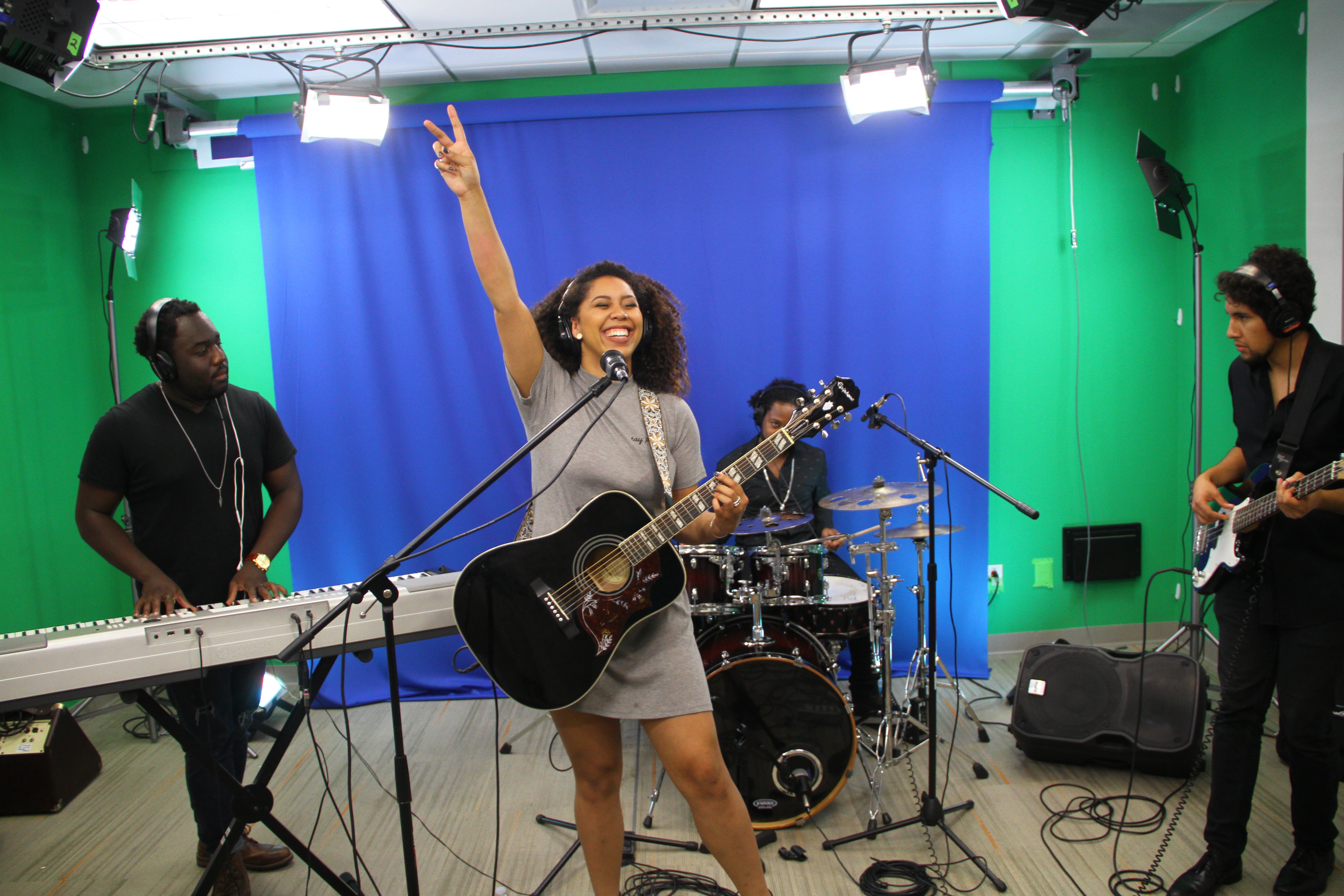 Editor’s note: This is the first part of a three-part series on full-time students who are working to enter the music industry.

It was late one night in a hotel. Eight musicians from New Zealand sat around in a cramped living room. A guitar lay across someone’s lap.

After a little tuning and a few strums, a swell of music filled the room.

The chorus of voices flipped a switch in 11-year-old Maya Hook’s mind, starting her on her own musical journey.

“I was supposed to be asleep,” she said. “But hearing all their voices … it awoke something in me. If you have a guitar, and you have people who want to sing, you create a moment. And it was transcendent.”

Nine years later, Hook, an interdisciplinary studies senior, is creating her own moment as she prepares with her band to release their first record in October.

Hook said her music is heavily influenced by her background. She is half Maori, the indigenous people of New Zealand.

“If you look at New Zealand and the Maori culture, it’s all about singing and big chorus groups (and) tribes raising their voices,” she said.

Music has always been interwoven into her family’s culture. Her mother was a part of the Kahurangi Maori Dance Theatre of New Zealand and went on tours to North America performing with the group.

“I didn’t have a choice but to love music,” she said. “I’ve been saturated with it my entire life.”

Hook’s father is from New Orleans. She was born and raised there. Although she grew up in the United States, she was able to connect with the other side of her heritage as well.

“I went to school for a year in New Zealand,” she said. “I got to tap into it (and reach) for my Maori side. … Tapping into my Maori culture has been something I’m extremely passionate about because I feel rooted, just like I have roots in New Orleans.”

Hook said seeing a Kahurangi show in San Antonio when she was 11 sparked her love for music.

“It was this group of lovely Maori people, and anytime I get to see Polynesians, it lights a fire in me because I’m a Polynesian, too,” she said.

Hook bought her first guitar when she was 12 years old, saving all of her nickels and dimes until she had enough. Instrument in hand, she taught herself to play original compositions.

She first practiced performing in front of a crowd in local yogurt shops for tip money.

“Hearing someone stop talking when I started singing and everybody started to look, that felt scary at first, but it felt really good to have that spotlight,” Hook said.

Hook’s first major performance was in New Zealand. After stepping off the plane, she learned “Homai Te Pakipaki” — the Maori version of “The Voice” and one of her favorite shows — was having open auditions that same day.

Groggy and disoriented after 17 hours in the air, she tried to settled down for a nap before heading over to the station to try her luck on the show.

“I could barely sleep,” she said. “That’s Maori national television.”

Although she didn’t win, she said she would always have the experience of it.

“I guess that was kind of the inception for really trying to go after (music),” she said. “After (the show), we got to do a couple local radio stations … and I got to sing some of my original songs live on air. … It was a little taste of what life could be like.”

She found her bassist in 2013 at the cafeteria at Collin, where she was playing her guitar. Two years later, the college hosted a talent show, in which Hook was getting ready to perform when her amp blew. She turned to the guy next to her and asked to borrow his amp. He later became the keyboard player for her band.

Hook then met her drummer at a house show this summer, where he was playing in another band. She soon convinced him to come aboard and join hers.

“All of these things have been chance happenings,” she said. “An individual can only be one slice of the pie. … I need an amazing team, and that’s what I got with these guys.”

Hook, and her band, “Maya Piata,” have almost finished their first record, titled “Sunny Days.” She said all that’s left is the mixing of the tracks.

Piata is Maori for “shining glory.” It also happens to be Hook’s middle name.

She describes her band’s sound as “sunshine soul,” but is hesitant to confine herself to just one genre.

“I don’t ever want to be a cookie cutter kind of person. I like my weird, eclectic background. I like being sincere to myself,” Hook said. “(I’ve learned) how to accept not really fitting into a box.”

Hook just signed a contract with a graphic design team to make her very own website.

“It’s kind of becoming a reality,” she said. “Things are really coming along.”

Right now, she said it’s hard to say what she wants to do after graduating. But, her heart seems to be pulling her in one direction. 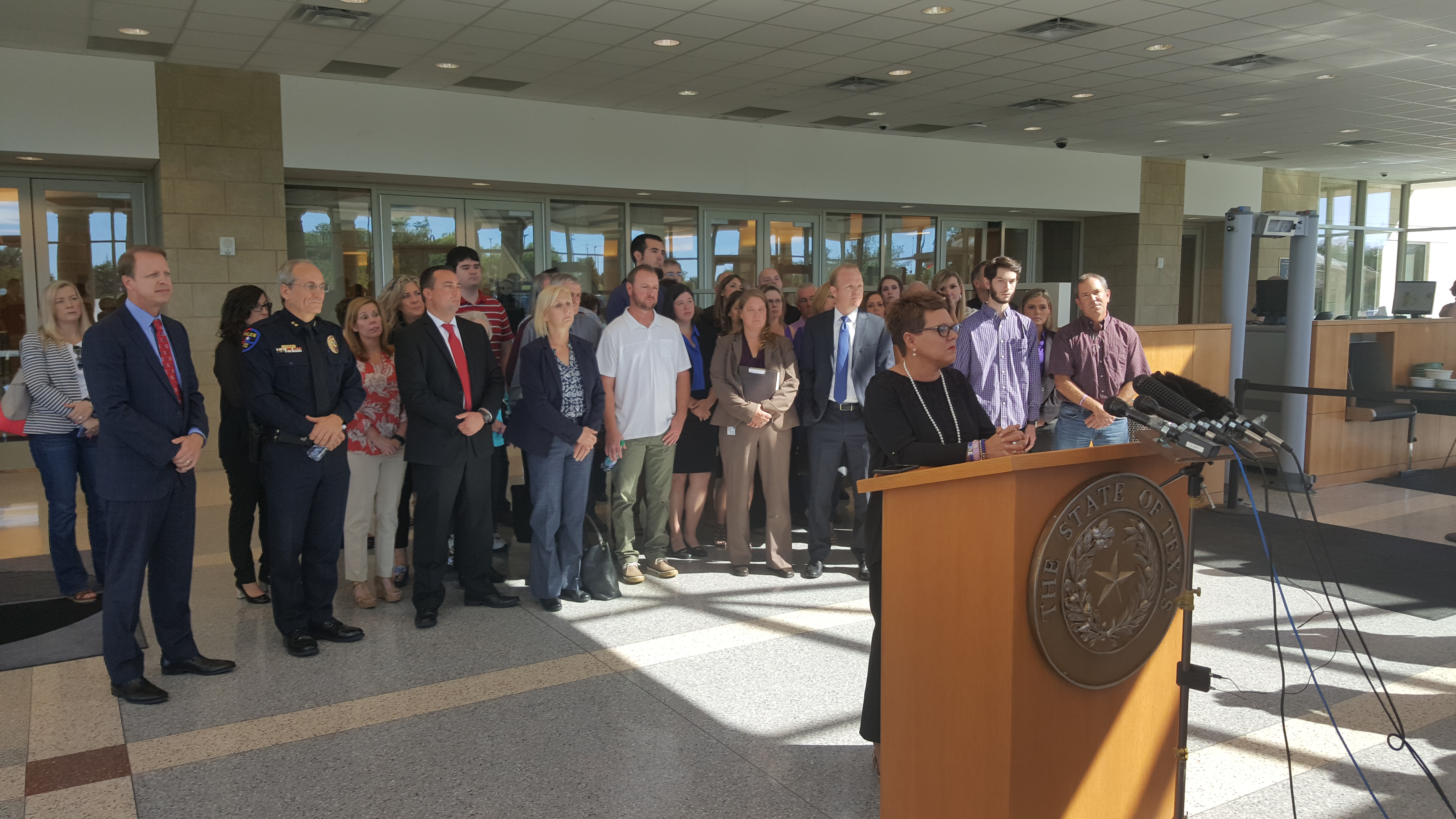 Arochi sentenced to life in prison

That story of Maya Piata was really moving. I’m freaking out that I came across this write up. I was one of those performers who stayed with Maya and her family in San Antonio. It was an awesome visit. As Maya mentioned her mum was in the Kahurangi Dance Company. We both toured North America together. I was a supervisor during that tour. It was so great to catch up with Mayas mum, it had been a few years since I had last seen her. So glad Maya that you are following your dreams. All the best. You have turned… Read more »