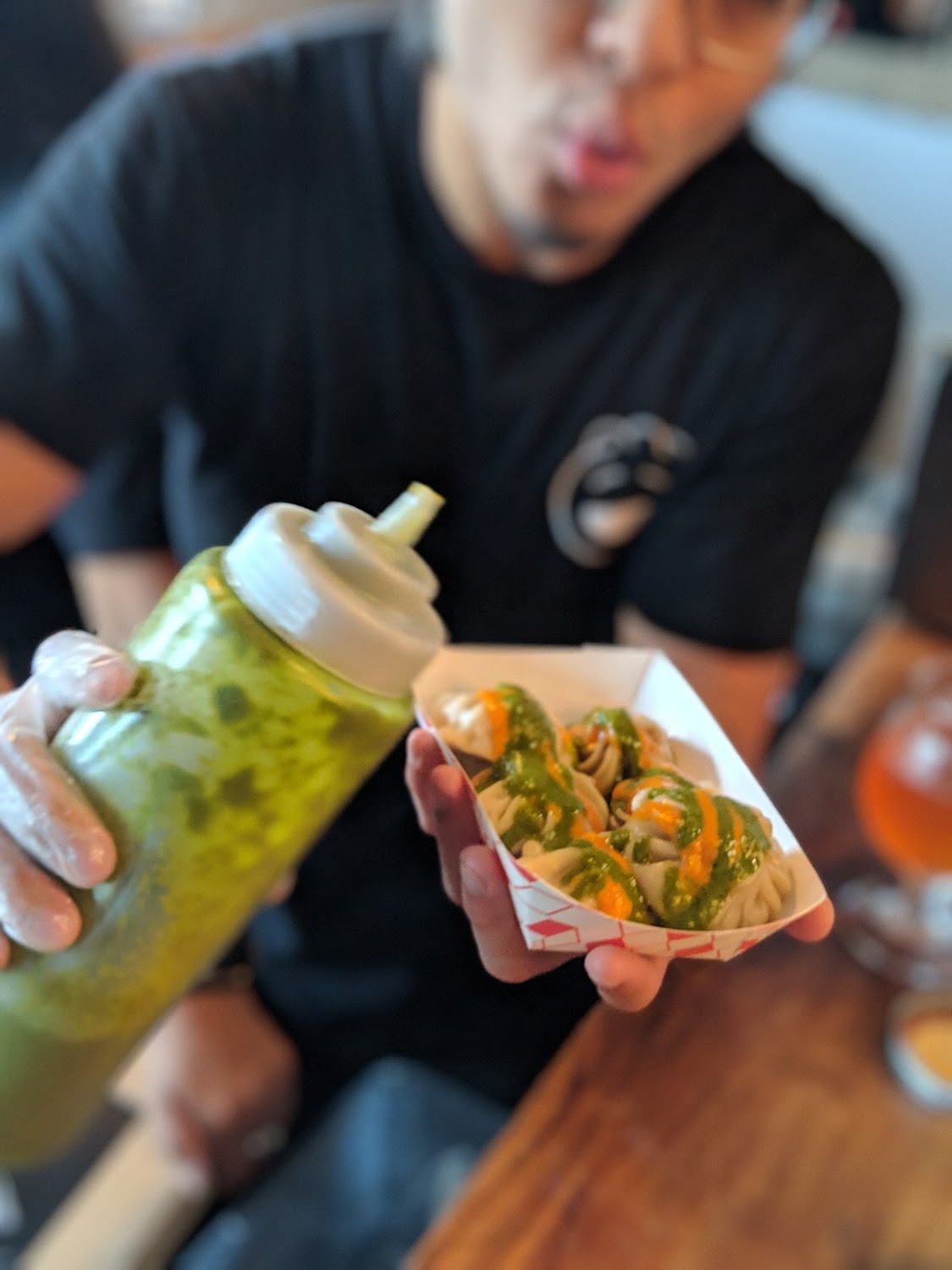 A group of UTD alumni started their own momo making business a pop-up brand specializing in Nepali and Himalayan dumplings.

Momos are dumplings from Nepal that are filled with vegetables like cilantro, cabbage, onions and ground meat and are seasoned with aromatic Himalayan spices. UTD alumni Leezan Amatya, Thang Duong, Daniel Flores and Nandini Jasrotia met at UTD and decided to create Momo Shack to introduce Nepali food to a broader audience. Currently, the alumni host momo-making classes at local businesses or breweries that they have partnered with and sell frozen momos on their website. They also offer a pick-up option.

Amatya, who moved to the United States 10 years ago, said he always tried to introduce a part of his culture whenever he made friends with someone, which led to him sharing the momos that his family made at home with others.

“The overwhelming response is always, ‘Oh my God, this is so good. I’ve never had it before.’ And my friends would even go as far as asking me, ‘Hey, when’s the next time your family’s making momos?’” Amatya said. “When I met with Thang and Daniel and Nandini, I did kind of get the same thing over some time as our relationship grew and we started brainstorming some ideas on … entrepreneurial things we could do.”

Amatya said that toward the end of his sophomore year and beginning of junior year, he suggested to his friends the idea of sharing momos not just with their inner circle, but also with a broader group.

“In Dallas, it’s a big melting pot. There’s a lot of opportunities for folks to get introduced to different types of food. There’s a lot of Filipino food out there, there’s Hispanic food, just tons of different options,” Amatya said. “I wanted to make sure that Nepal is also one of the countries represented, because before that I just wasn’t seeing it as much within our Nepalese community. I wanted to kind of take that forward and say, ‘Why can’t we be in the conversation when we’re talking about great food?”

Duong said that the idea of doing a pop-up was propelled by Sandwich Hag, where the head chef, Reyna Duong, taught the Momo Shack team the importance of margins and introduced them to the idea of a pop-up.

“We started our first pop-up with her, actually,” Duong said. “She invited us to her lunar new year event, which had about five other food vendors there. It was our first pop up experience. I think from there we’ve really liked it … people come mainly for your food.”

Participants in the momo-making classes pay a certain amount to hold their spot and then learn how to make different kinds of momos. They can be enjoyed with a variety of sauces such as spicy tomato and cilantro, which contain sesame seeds blended with spices.

“We start with the chicken, pork and veggie fillings, but we teach all the various shapes and techniques on how to fold them,” Amatya said. “Then at the same time as a customer, you can actually theme your own momos, you can fry them if you’d like. Obviously you get to enjoy them, eat them and then the breweries will pitch in with like two beers just as an example. So it’s a sort of a win-win.”

The first brewery that Momo Shack partnered with was Peticolas. Since then, they’ve also partnered up with Tupps Brewery, Four Bullets Brewery and Trinity Cider.

“We figured that we all like to eat and drink and we love beer,” Duong said. “The majority of the time we cold call or message a lot of breweries all around. Right now we’re still doing our research and then reaching out to a couple more breweries in the Dallas area as well just to expand that.”

Amatya said that when the team was starting out, they were stuck in an analysis-paralysis phase, where they were thinking about all the questions that they didn’t have answers to and figure the answers out before moving to the next step. His advice for UTD students who want to open a business is to just start.

“I think … the quicker you jump in, the faster you can learn,” Amatya said. “You may go into it with one perspective thinking, ‘Oh, this is probably how it’s going to go.’ But as you start getting into the weeds of it, you’re like, ‘Oh wow.’ It opens up your perspective on all the different possibilities. You don’t have to do a full-blown launch or anything. But definitely test it out with a small group, see how it goes, iterate and then move your best foot forward.”

Duong said that with the rise of the coronavirus, the team has halted their pop-ups and momo-making classes. They’re now focusing on selling frozen momos through their website. The momos are packaged and come with instructions on how to steam them.

“We’re not seeing anybody,” Duong said. “But we’ve been getting pretty good traction for our frozen dumplings, which we’re rolling out this Saturday, you know, people are going to come to my house, pick up the frozen packages and then go home.”

Members of the Momo Shack team hail from Vietnam, Mexico, Canada, and Guyana. Amatya said that he loved the diversity at UTD and used it to the business’s advantage.

“I think that plays a huge part even right now when we’re running a business, just the diversity of thought that it brings … because we all come from different backgrounds,” Amatya said. “I think it’s very powerful.”