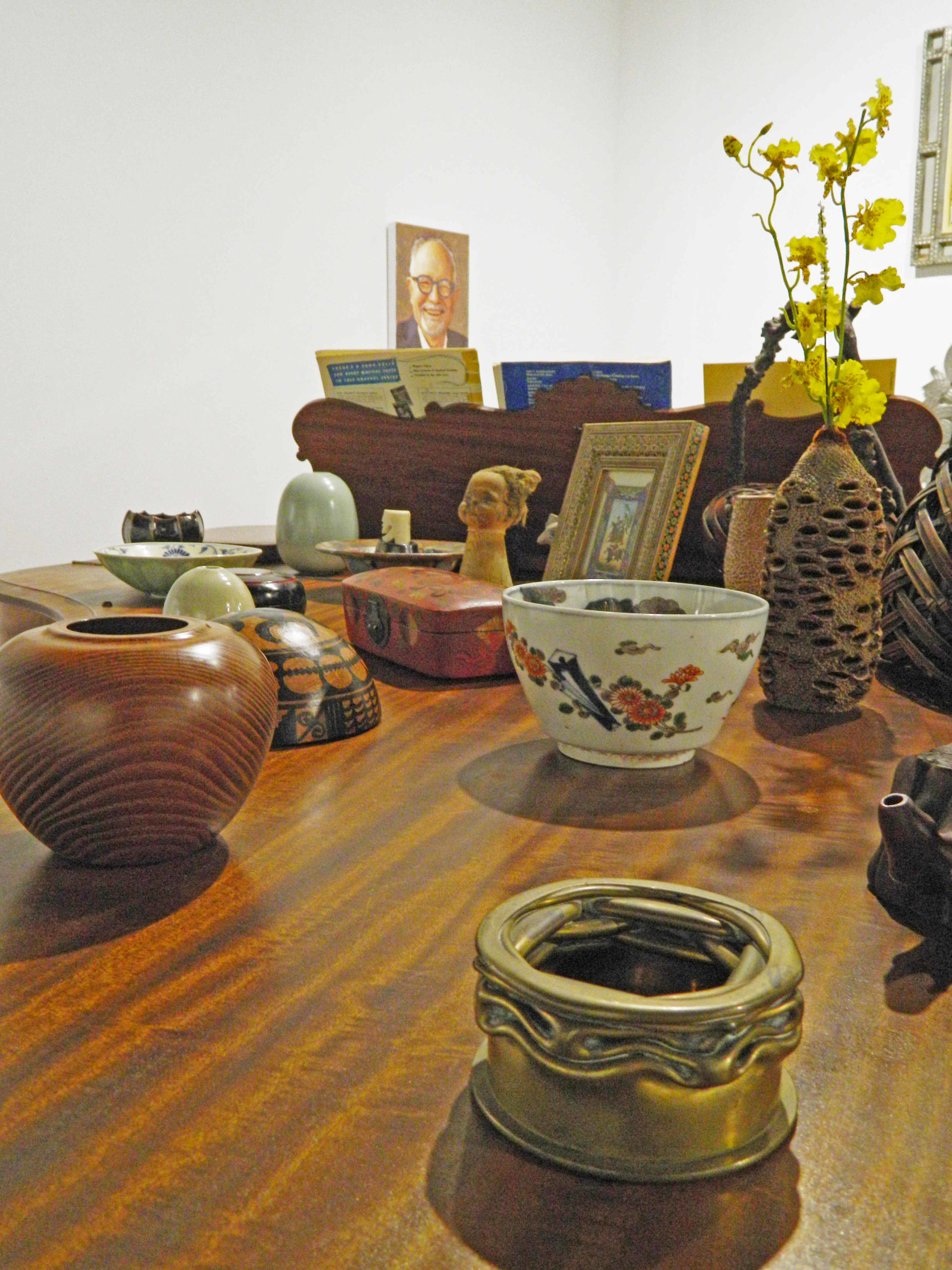 Richard Brettell, a prominent art historian and educator, transformed the Dallas art scene during his lifetime. His brief tenure as the director of the Dallas Museum of Art earned him the affectionate title of “Art’s Bad Boy,” and his passing in 2020 left a significant void in the local and international art scene.

“Brettell: An Artist’s Homage to the Dynamic Influence of Rick Brettell,” opened at the SP/N Gallery on Sept. 10 to a full house. Among the crowd were Brettell’s family, friends, former students and casual devotees. The exhibition includes works from Brettell’s personal collection, alongside works made by artists he formed relationships with during his lifetime. Greg Metz, director of the SP/N Gallery, spoke of his friendship with Brettell:

“Rick and I became close personal friends … he would come pick me up from my studio and take me to fancy restaurants, and he would tell me fantastic stories.”

After moving from Chicago to Dallas, Brettell became the director of the DMA in 1988. There, he headed community outreach programs dedicated to engaging with the local Dallas art scene. Outside of the DMA, Brettell played a formative role in the creation of the McKinney Avenue Contemporary, known as the MAC. The MAC has transformed Dallas art in the decades since, exhibiting shows by famous artists like Kara Walker and Felix Gonzalez-Torres.

“None of what happened at the MAC could have happened without the championing and hands-on convincing that Rick took deep care to do. The art world took him seriously, and he took artists seriously,” said Victoria Corcoran, the MAC’s first curator.

In 1998 Brettell joined the faculty of UTD. For 16 years, he taught courses on Aesthetic Studies, until stepping into the role of director for the Edith O’Donnell Institute of Art History in 2014.

Bonnie Pitman, director of the DMA from 2008 to 2011, said in an essay dedicated to Brettell,

“Rick was deeply committed to creating a place on the UTD campus for the presentation and study of the arts.”

At the SP/N exhibit, works by canon artists such as Camille Pissarro and Edouard Vuillard comingle with a work by Jean Lacy featuring Brettell’s glasses in a cigar box, recalling the memory of their late owner.

“When I went into [Brettell’s] house, I was greeted by an eclectic collection,” Metz said. “Every work had a story, and I realized that he collected artists more so than art. Curating this show, I selected work by artists he had inspired, provided opportunities for and even just hung out with.”

Brettell’s memory lives on in his work with the Edith O’Donnell Institute of Art History, the planned Athenaeum Museum and memories of friends and family. The exhibition catalog collects writings from local artists, gallery owners, associated scholars, Brettell’s family and more – all dedicated to capturing Brettell’s ineffable spirit. In her writing, Brettell’s wife, Caroline B. Brettell, said, “[H]e found beauty in so many things, wanted to have them around him, and arranged them artfully so that they spoke to each other. He was forever the curator and the collector.”

A video of Brettell playing his Steinway grand piano echoes throughout SP/N from its display in the front gallery. The posthumous memory of Brettell fills the gallery as his hands glide across the keys.

“My hope is that Dallas and UTD remember him and his visions,” said Brettell’s long-time assistant, Pierrette, “and will carry on with the same spirit in the future.”