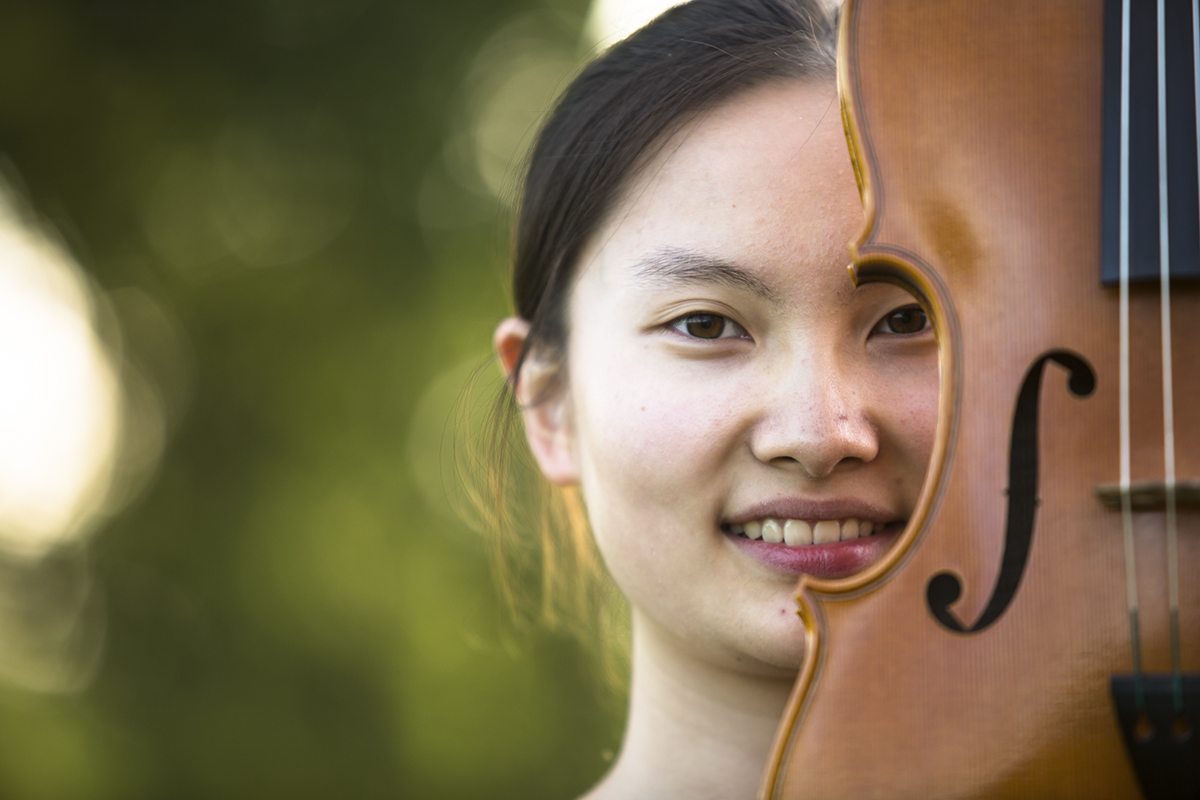 Six years ago, Shan Su began volunteering at a medical center in Indianapolis bringing patients blankets and food when she realized there was one more way she could contribute.

She could play the viola for them — something live they could experience. It was what made her different.

During the holidays, Su makes her way to nursing homes or hospitals and performs solo. Sometimes, she brings her brother along or her friends from school.

“One of the best comments I got was at a nursing home when one of the residents was there with her daughter,” Su said. “After I performed, her daughter told me ‘That was the first time I saw my mother smile in several months.’”

Now a junior, Su has been selected to perform the viola with the National Youth Orchestra at Carnegie Hall for the second year in a row. 19-year-old Su is one of 114 students chosen last February from around the country to perform at the New York venue this summer before traveling to China on a seven-city tour led by guest conductor Charles Dutoit and featuring pianist Yundi Li.

The application included a series of audition videos, a biographical essay and two recommendations.  While at the UNT music building, Su said she was drawn to a NYO poster and its logo and appealing white background bursting with shades of bright red and blue.

“I thought I’ll learn the excerpts and see what happens,” Su said. “There’s nothing to lose.”

After a wait of several months, Su received an email in February from the NYO. Inside, bold red letters spelling out “Congratulations!” caught her attention, and she knew.

“That night, I showed my teacher the email, and she said that she expected nothing less from me,” Su said.

This year in the NYO, Su and the other musicians will be playing Beethoven’s 5th piano concerto, which is nicknamed “Emperor,” with pianist Yundi Li and Symphonie Fantastique by Berlioz. There will also be a commissioned work that is still being written by Tan Dun, Su said. She said they might play “America the Beautiful” and “Porgy and Bess” like last year, to exhibit a fun and familiar piece that inevitably brings out a captivated audience.

“I am really looking forward to the first sound we make as a group,” Su said.

While Su described the Beethoven piece to be structured, classical and more on the predictable side, she said the Berlioz piece is strange and unconventional in the story it tells about how Berlioz met a lady while watching her act in a Shakespeare play.

The piece tells the story by featuring an off stage instrument in the lonely movement, a waltz for the dance, a march to the scaffold for his execution and with pizzicato for his head falling and rolling after he is beheaded, Su said.

“From my experience last year, we really have a lot of energy that we put into the music since we’re all here because we want to be here,” Su said. “We have a tendency to propel each other upward, and after seeing what everyone else sounds like, we become better versions of ourselves.”

Su started playing the viola in fifth grade. Since she already played the piano, she was able to read music with more ease and progress quickly with the viola.

The NYO series was the first time Su performed repeated concerts of the same material.

“We’ve performed the same concert, but they haven’t heard it before and they deserve to hear it as freshly as we did it the first time,” Su said.

Often, at the end of professional orchestra performances, Su said she sees the musicians frown unintentionally or display a blank expression, something they try to avoid with the NYO, making sure to smile at the end of the concerts to preserve the freshness.

Su, who enjoys reading commencement speeches, remembers one delivered by a musician whose parents wanted him to pursue medicine instead.

Su said one of the challenges of playing comes with making the group dynamics work, and it is important to adapt to the people around you, particularly because the viola players are centered in the middle of the orchestra. Because the capacity of Carnegie Hall stands at 2,000 seats, it takes time to adjust to the different acoustics and people, she said.

“It teaches you how to work with others without verbal communication and how to multitask, doing completely different things with both hands while responding to the sounds you hear, immediately after they are produced,” Su said.

Taking these lessons to NYO, Su is ready to perform and tour for the second time – this time in China. Although she was born in China, Su has never seen the major cities, and she said it will be a new experience.

Playing with a world-class pianist and conductor who were once child prodigies is also something she said she is honored to be a part of.

Even though her long-term goals aren’t clearly defined yet, the biology student hopes to follow her medical path, while pursuing music on the side.

“I don’t want to fall behind because I’m doing a different major,” Su said.

But nothing has changed; Su still practices an hour a day and it has become a ritual, she said.

“As much as you eat and sleep, you practice,” Su said. “Mistakes are inevitable, and there probably is no such thing as a perfect performance. One thing I’ve learned is to acknowledge that there will be mistakes and to give it my all when I’m playing.” 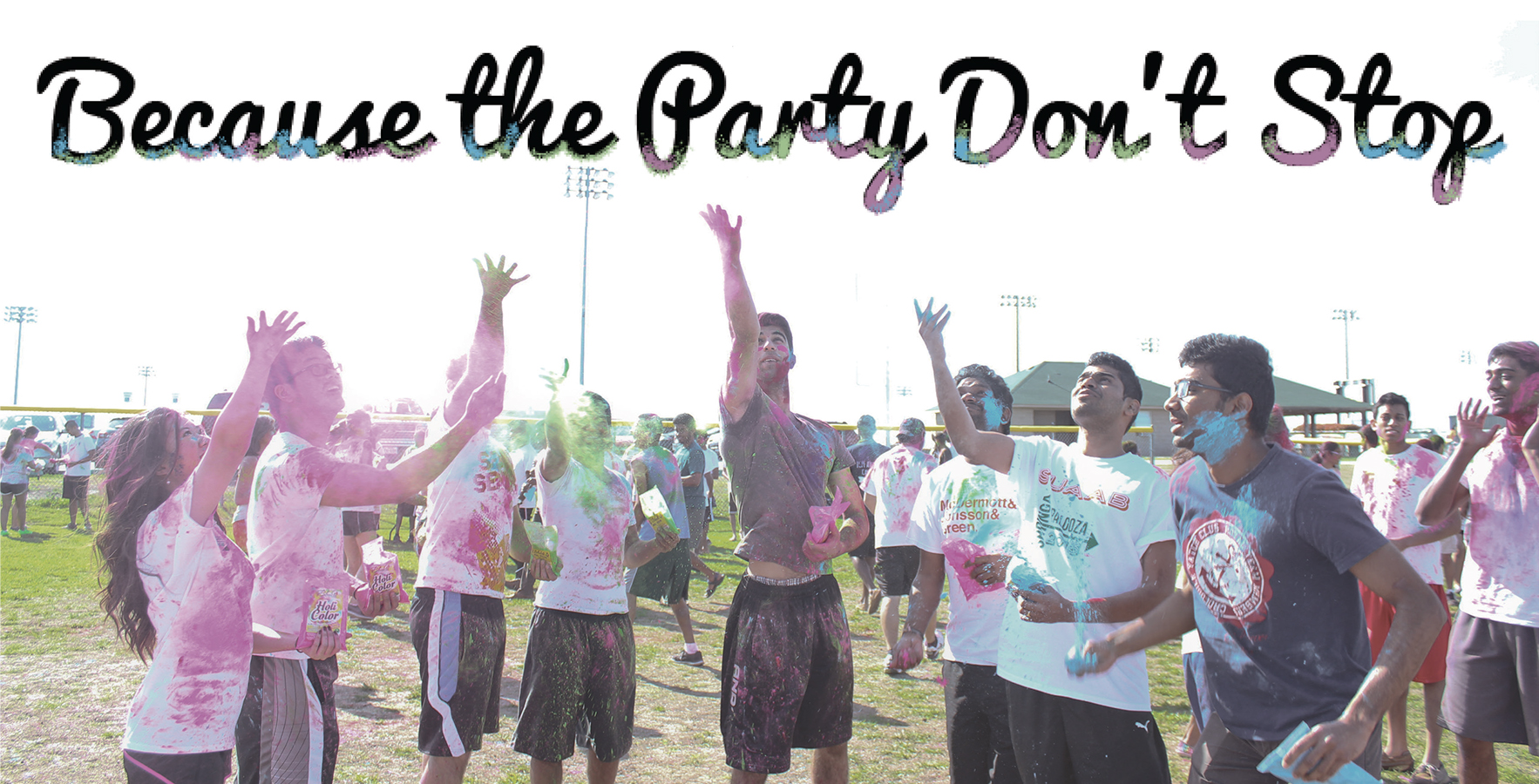 Out of Sight: A Look at Bats and the Fungus that’s Killing Them