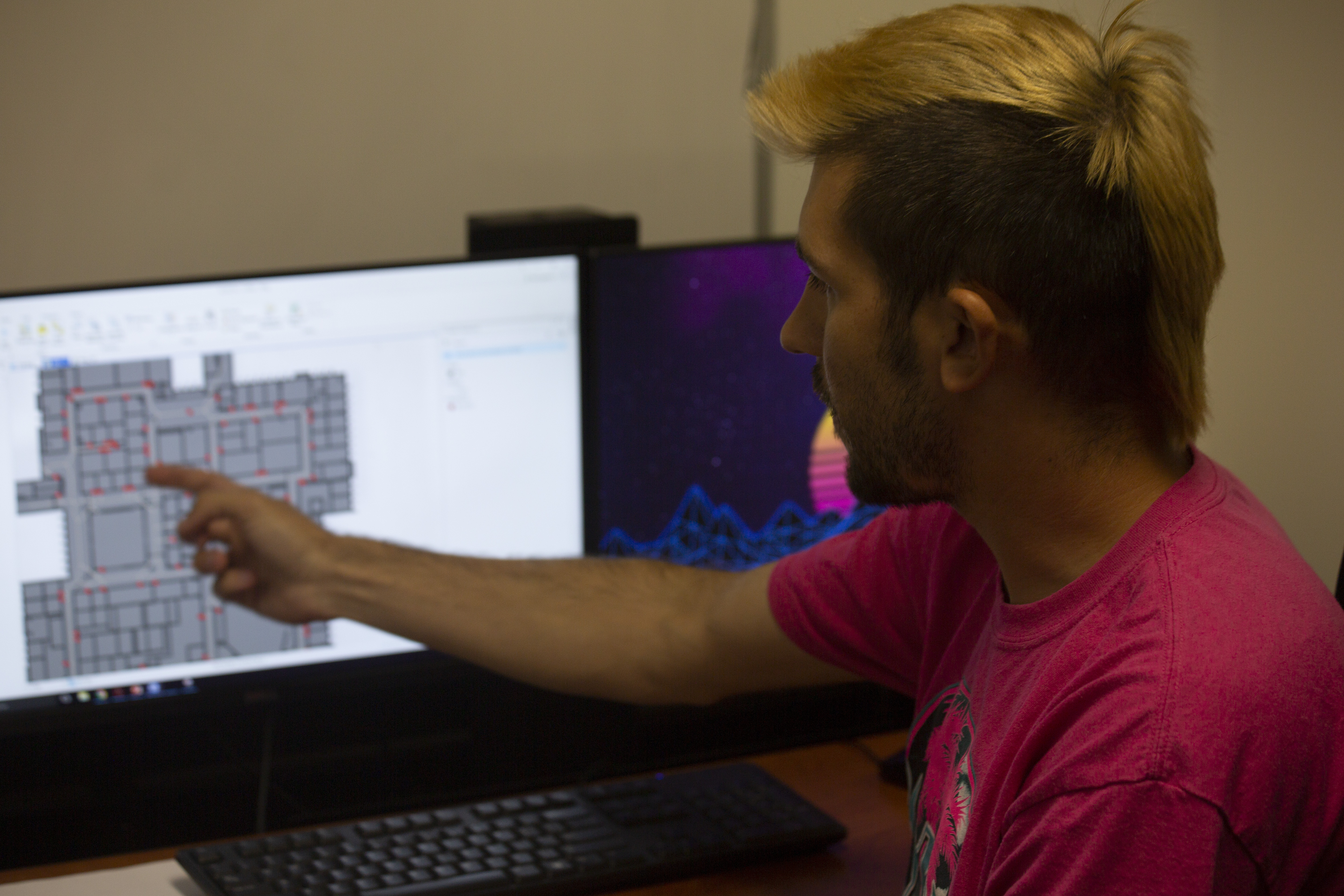 Brent Dell, a Ph.D. student, developed a 3D network of Green Hall, which was later incorporated into the software for an app that will help users navigate UTD buildings. Photo by Noah Whitehead | Photo Editor.
Campus News
Featured
News

A research team of 12 freshmen, headed by computer science professor Ravi Prakash and assisted by the Office of Information Technology, has developed new software for an app, called Constellation, that will allow users to navigate UTD buildings.

For the uninitiated eye — and sometimes even for the well-acquainted eye — journeying through UTD’s hallways can be a challenge. Prakash said he is committed to helping people solve the maze.

“Using Google Maps, for example, you can do outdoor navigation — drive from point A to point B,” Prakash said. “They all rely on GPS.  The problem is, the satellite signal does not penetrate inside a building. We cannot rely on GPS to navigate inside.  I’ve been here for more than 20 years, I still get lost inside UTD buildings because we have a very interesting numbering system. How we (can) help people to get from point A to point B — that was the goal.”

Using Green Hall as a test case, Prakash and his programming team of freshmen, in addition to researchers from the Geospatial Information Sciences department and OIT, set to work by utilizing the software ArcGIS. By uploading the blueprint of Green Hall’s floors to a server, the software allowed programmers to run algorithms that plotted paths through the halls. Ph.D. student Brent Dell built the original 3D network of Green Hall.

“I’ve been working with ArcGIS for about 8 years,” Dell said. “ArcGIS itself is a software platform the allows us to implement all of our spatial analysis, so it’s really kind of a tool. The questions that Dr. Prakash has been asking has been some of the questions we’ve been asking for a long time.  Is there a way to navigate students in buildings on campus? Is there a way to get them from — you know, not just indoors, but between indoors and outdoors, from one building to another building?” 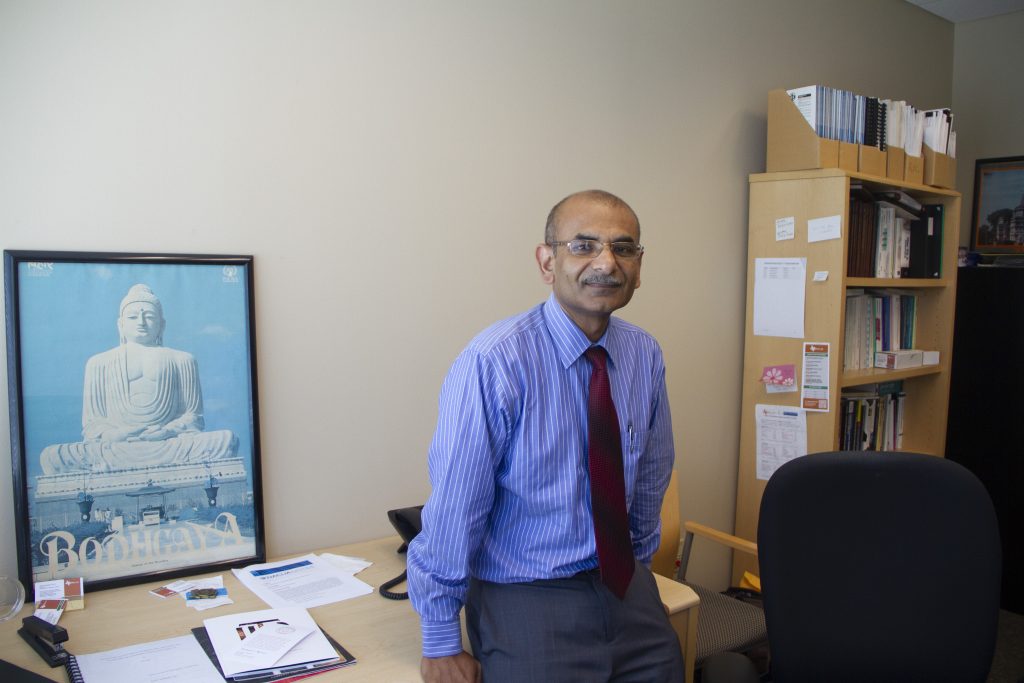 Dell said that being unable to use GPS to navigate indoors meant having to use Bluetooth or Wi-Fi to locate users. Will Ingarfield, one of the freshmen programmers, worked to utilize Wi-Fi access points throughout Green Hall to locate users as they navigated the building. Ingarfield said since the framework for Wi-Fi localization already existed, the research team worked to improve the accuracy of the software.

The only problem, Prakash said, came when the team tried to make the program update in real-time if the user strayed from the suggested path. Pinpointing the user’s exact location continuously — and accurately — proved to be difficult.

“What was a part of this summer, that was a prototype of what we can accomplish as far as applications go,” Dell said.

Dell said he acknowledged that some users might have concerns about geospatial privacy. He said just like Google Maps, users can opt in and out of location-based services and that the data will be stored on a secured server, access to which will be monitored by OIT.

He added that one of main challenges for the project was teaching the freshmen the ins and outs of the ArcGIS system. Computer science freshman William Bumpass was one of the freshmen researchers assigned to the project. He was responsible for converting the data languages used by the system into the user-facing application interface.

“I guess the most difficult part about the translation was reformatting the large spaghetti pile of data that I got from ArcGIS,” he said.

Prakash said that the developed code has been put in a GitHub repository and that most of the software already exists, though a precise launch date for the app is not available. Eventually, the software will be expanded to include other UTD buildings beyond Green Hall.

“We hope to get Constellation up and running for everyone to use as they please, to get all those newbies up and running,” Bumpass said. 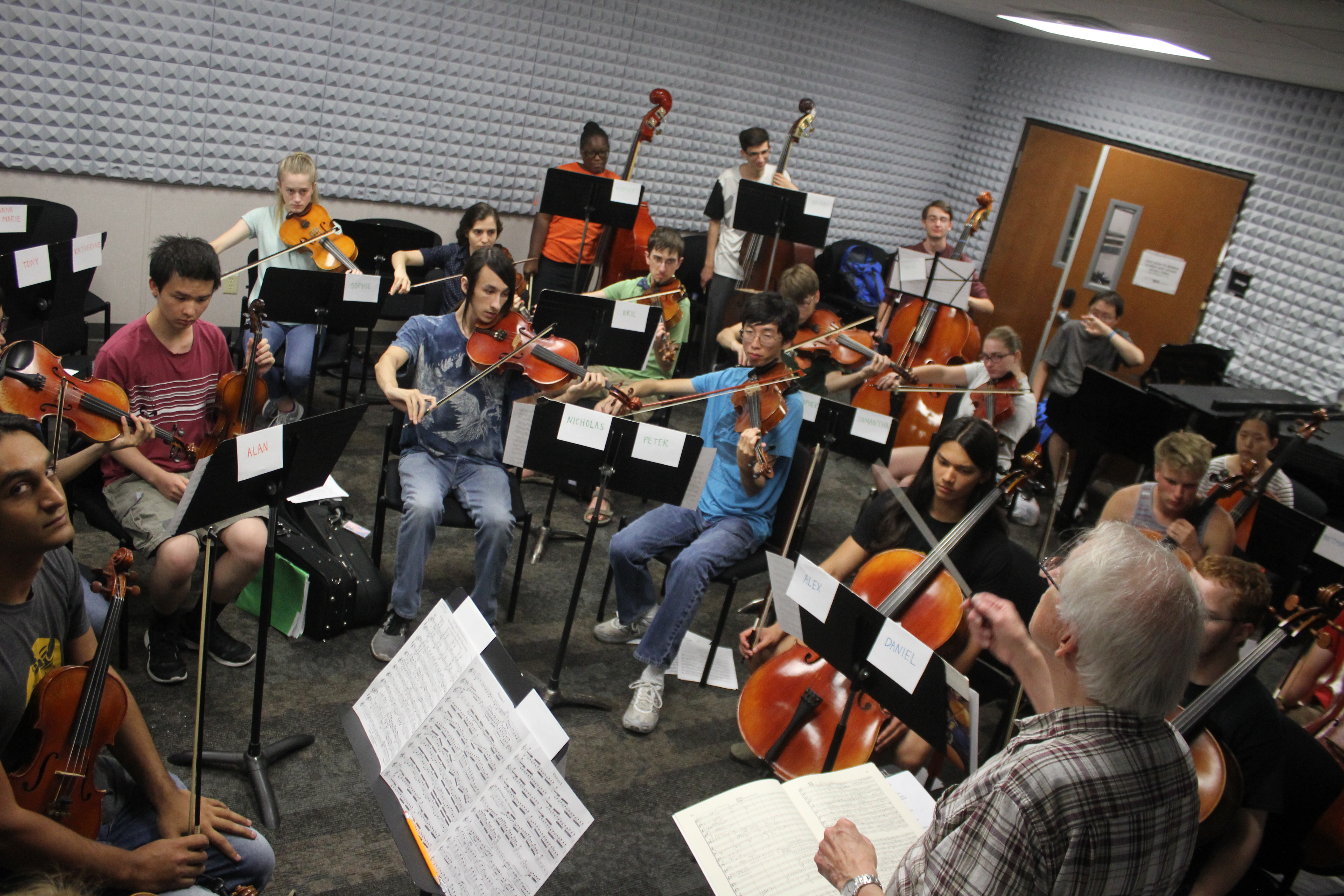 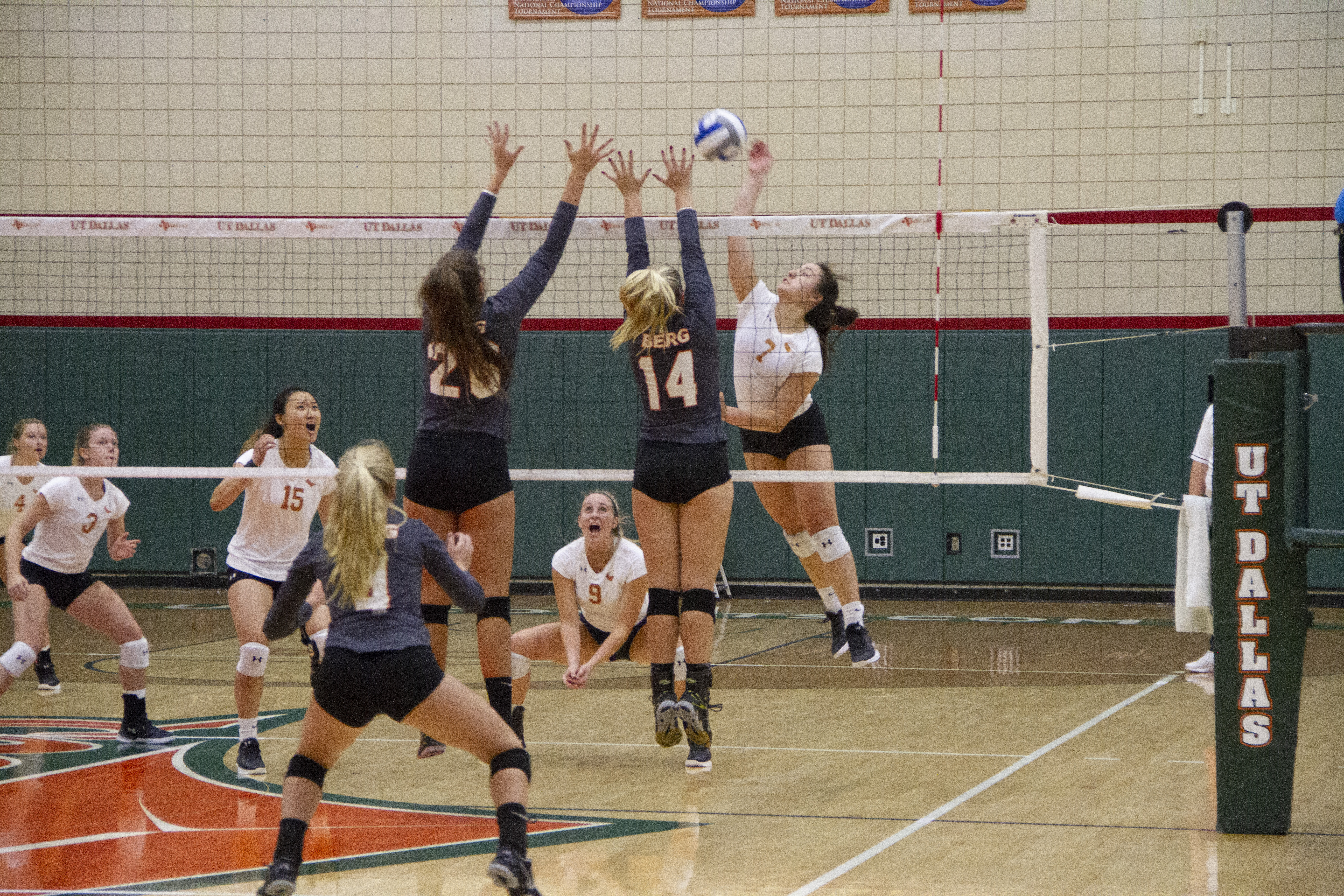