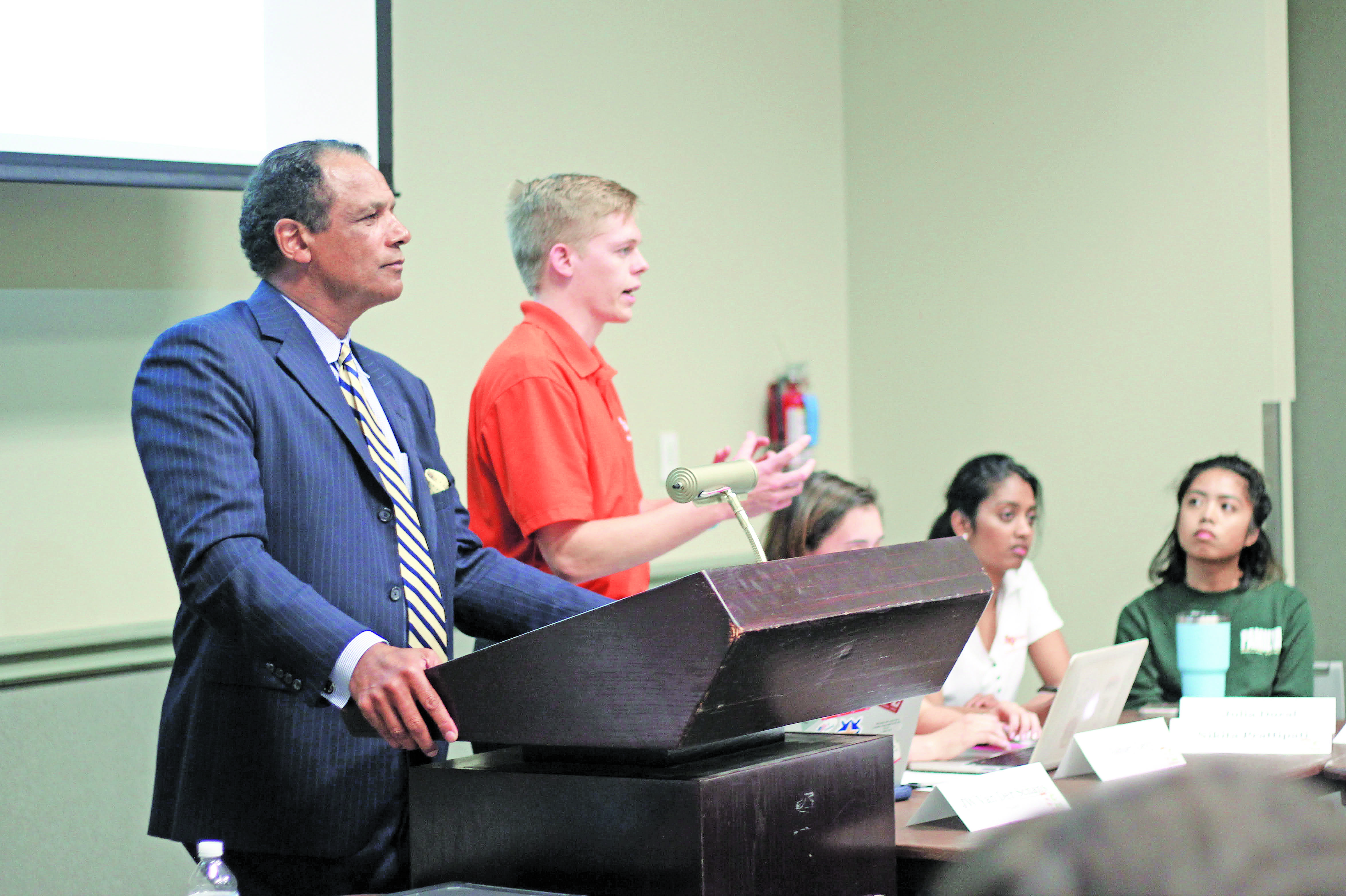 Student government’s last meeting of the semester featured a proposed resolution to increase administrative transparency but it was ultimately tabled requiring additional information.

There was no talk of saving the Art Barn as closure is already underway. Rather, students and senators wanted to address the feelings of uncertainty that surrounded the outcome of the building for the past few years.

The resolution was on track to be passed but was postponed due to the lack of information to support a line in the resolution asking for six months notice of any building closure to accommodate student degree plans.

The proposed changes relating to facilities or administration were not discussed with the departments prior to the SG meeting and therefore were not seen as legitimate.

In response to this, Calvin Jamison, vice president for administration, suggested creating a working group of senators and students to rewrite the resolution in collaboration with administrators.

Jamison also discussed the future plans for the equipment and art inside of the Art Barn and shared the university’s building development process and the strategic plan that was engineered in 2007.

This plan outlines the direction of the university to prove that no decisions regarding building planning are made without careful consideration. Academic buildings are approved and designed by the dean, faculty, provost and others while student-centered buildings, such as residence halls, involve students in the development.

Another consideration in constructing a building is funding, Jamison said. Resources can either come from the legislature, permanent university funds or revenue financing.

During the meeting, he reassured students the workspaces lost in the Art Barn would be replaced but offered no mention about alternatives for the classroom spaces in the fall.

“In (Synergy Park North 2), we’re going to be able to replace the gallery space that’s inside of the Art Barn with another 6,200 square feet of gallery space that they’ll have there, and we’re working on a temporary space for sculpture,” Jamison said.

The discussion then opened to visitors in the gallery, students such as molecular biology senior Megan Zerez expressed their concerns about the administration’s priorities and exclusion of students in decisions that directly impact them.

“One of the issues I think a lot of the people in the visitor’s section at the moment have is that there is a lack of transparency. There is a decision making process that they’re eliciting for us right now and we very much appreciate that, but a lot of us were not even aware that that was even happening,” said Zerez, “We’re concerned that this is setting a dangerous precedent for the voice that the students, faculty, even the dean have in these very big decisions.”

Nina Alton, a SG senator and psychology junior, wanted to reassure the student body that SG’s tabling of the resolution does not mean they do not care about the issue. Although they will not formally meet again until the fall semester, SG will be working to assure students that they hear their concerns and will work something out in regards to this resolution. Jamison’s working group will likely meet over the summer to begin drafting a new resolution.

“My office is open, once we have a list we’ll pull a meeting together and start the process,” Jamison said.