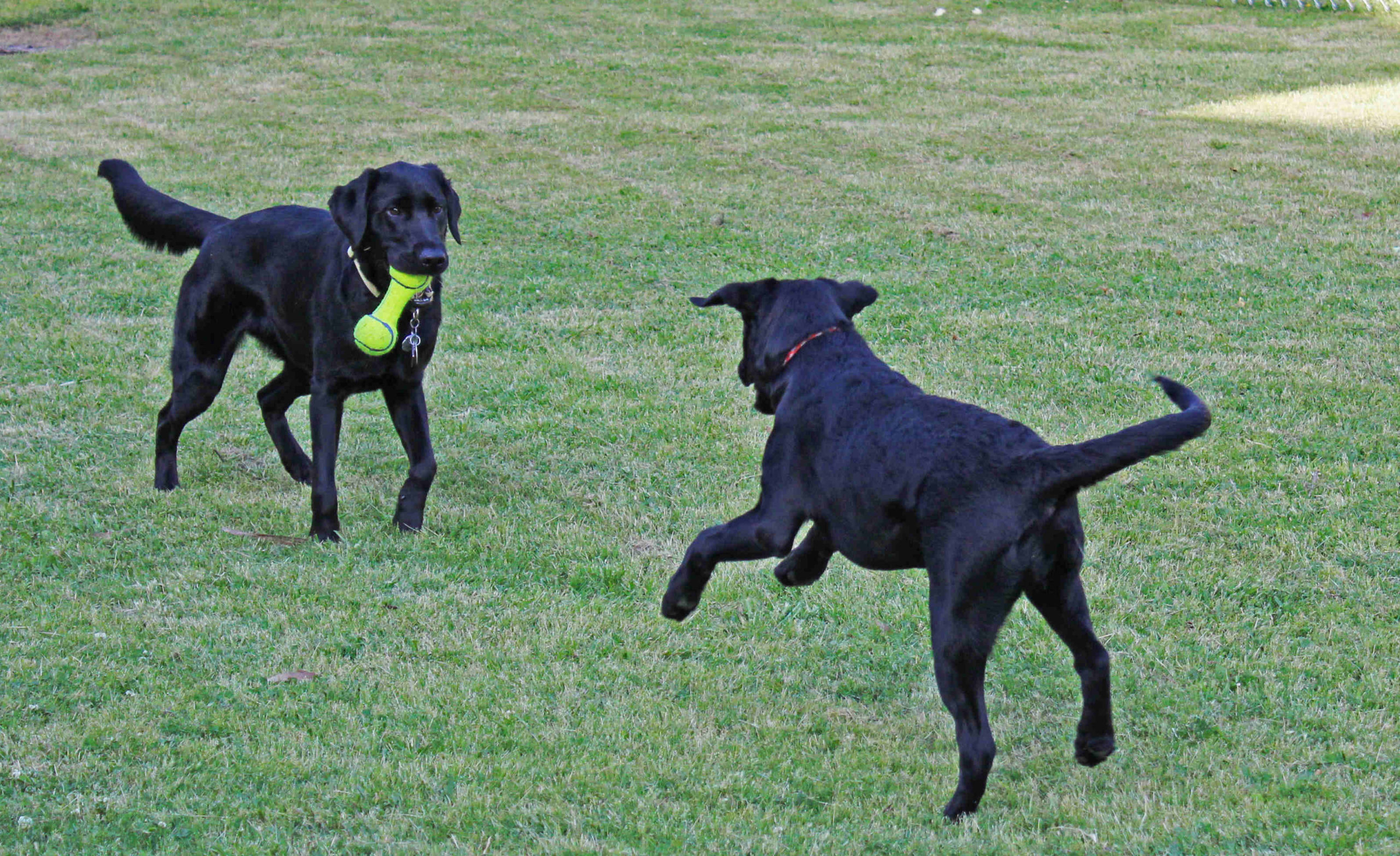 Despite a “ruff” year in quarantine, service-dogs-in-training Ohana and Winnie are set to graduate from the UTD SIT (Service-dog In Training) club this week and matriculate to a professional pathway with Canine Companions. For outgoing SIT president and business administration senior Aubrey Rowan, it’s a bittersweet occasion.

“Ohana’s the second puppy I raised,” Rowan said. “When our dogs graduate…we usually do a celebration here on campus with our students in the club so [they] can say hello one last time before they head off.”

This is both Ohana and Rowan’s last semester at UTD. Rowan’s first puppy, Colby, was released on medical leave and is now training to become a licensed therapy dog.

UTD SIT has been raising dogs on campus since 2016, bringing them to club meetings and classes alike. With their unusually calm demeanor indoors, university faculty and staff remember Ohana and Winnie fondly—even from their puppy years.

“They’re like the best-behaved pets you’re ever going to have in university housing. Most of the professors like having them in class—you don’t notice them, which is the goal,” Rowan said. “They’re better at class than I am sometimes.”

Kristen Lawson, an assistant professor in the School of Management, had both of Rowan’s dogs—Colby and Ohana—during her first semester on campus. She wished the pair of graduates the best in the next phase of their training journey.

“Both Colby and Ohana were great to have in class, never disruptive to me, Aubrey or the other students (although I do remember at one point hearing one of the gently sighing at a particularly boring point in my lecture, which seemed like an apt criticism),” Lawson said over email. “I love this program and am so glad we have it at UTD.”

Evidently, causing disruption is not so much a concern from the dogs as it is from the people around them. “Drive-by petting” (when passers-by don’t ask permission before petting dogs on duty) and students calling to them can be common distractions for the service-dogs-in-training.

“A dog is a piece of medical equipment for these people, just like a wheelchair, and you wouldn’t just go up to someone and pet their wheelchair,” Rowan said. “You can’t do that to a service dog either… it’s not there for you; it’s there for the person it’s working for.”

That’s one thing that’s gotten better over the pandemic: Rowan says that social distancing may have contributed to making people a little more hesitant to approach without permission. Still, trainers and their classmates are “excited to be back in-person,” with successful events showcasing the dogs held throughout the semester and many more ahead. Biology sophomore Madison Ibe, the incoming SIT president, hopes to expand SIT’s public events moving forward.

“I’d love to do some more work with the [Office of Student AccessAbility],” Ibe said. “And, of course, increasing events and stuff—hopefully with more puppies we’ll be able to do a little bit more.”

Indeed, more dogs are set to enter the program next year—meaning more future graduates if all goes well. Although Rowan came into college with prior knowledge on dog-raising, SIT itself doesn’t require members to have experience to start learning how to train dogs. Ibe will be welcoming her first puppy on campus—Fawn—sometime next month.

“I’m pretty excited, I’m a little nervous. I haven’t raised any puppies…but my co-raiser has, and I have a great support system with the club,” Ibe said. “I’m happy to get to do something that helps the medical community and can really impact somebody’s life someday.”

SIT will celebrate Ohana and Winnie at a public party on April 28. Club tradition dictates that graduating dogs choose between food bowls labelled with different career paths, followed by, of course, copious amounts of treats and playtime as a final send-off before graduation.

Finally, they will be “turned-in” to a professional trainer at Canine Companions and move into the next stage of the service training process. And after that, for these two beloved Comet pups, the paws-sibilities are endless.