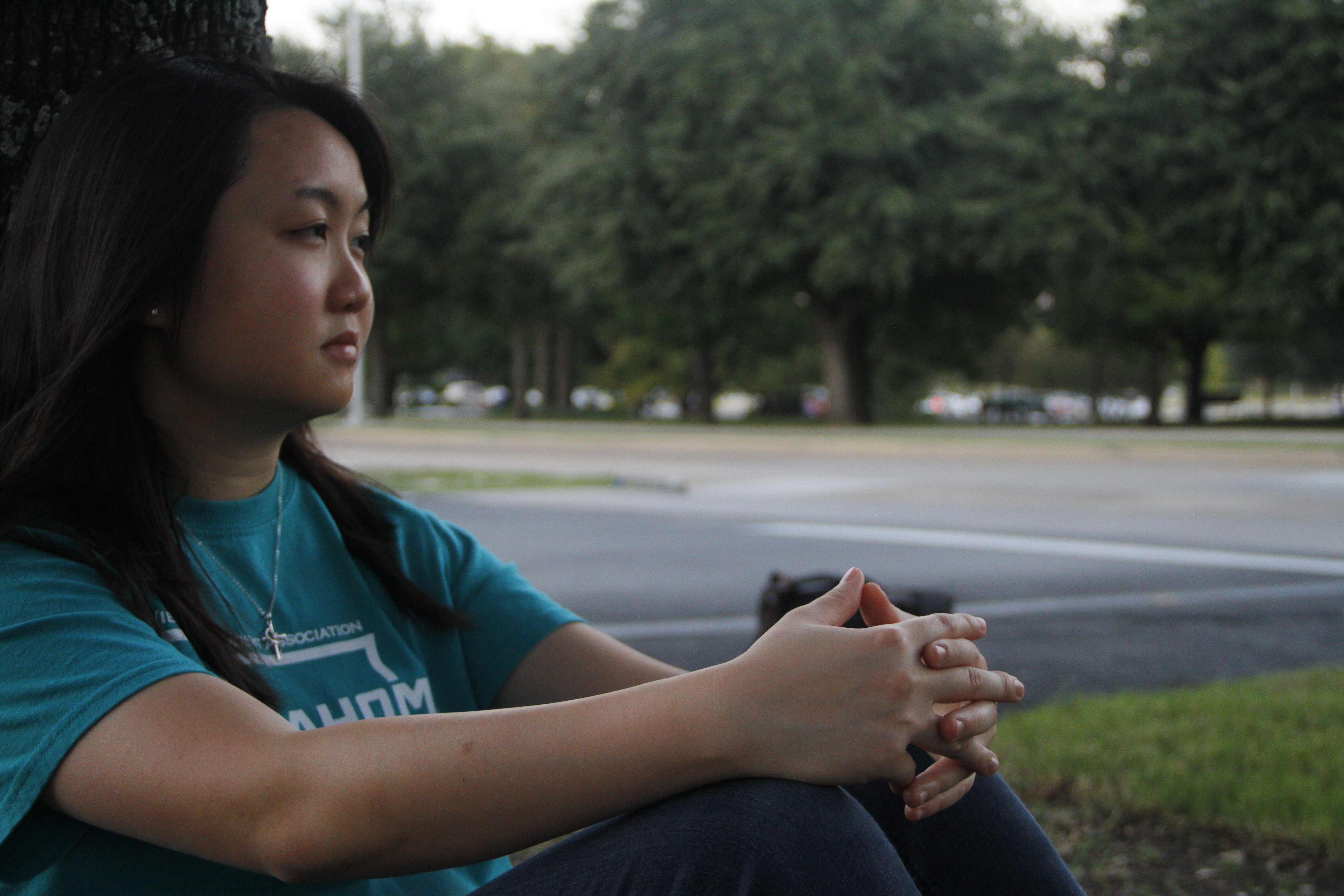 Cynthia Nguyen was driving to escape her friends back at UTD. They were worried that she was suicidal and wanted her to stay on campus.

As she drove, the destructive thoughts that always plagued her mind returned. Though she was able to avoid her friends, she couldn’t run from those dark, scary ideations. Her peers had reported her suicidal tendencies to the police and soon, Nguyen found herself driving at 30 mph above the speed limit and then saw police cars tailing her.

“I tried to act nonchalant like, ‘I’m okay so I don’t have to go to the hospital,’” she said. “But they handcuffed me for my safety and took me anyways to (Medical City) Green Oaks.”

It was the seventh and last time she had stayed in a hospital because of suicidal feelings and attempts.

“Every time I went to a hospital, I would be angry for being there because I thought, ‘Oh, why am I here? I should have died,’” she said.

Nguyen isn’t alone in her struggle. In a survey of 104 respondents conducted by **The Mercury,** 46 percent reported having suicidal thoughts or feelings while attending UTD. Of the respondents who reported this, 58 percent of them attempted to get help from a friend, family member or mental health professional.

Between her freshman and sophomore years at UTD, Nguyen went through seven hospital visits after experiencing panic attacks and attempting suicide. She said she remembered most of her time on a gurney or handcuffed at the back of a police car. During her first stay in the hospital, doctors diagnosed her with major depressive disorder, bipolar disorder the second time and borderline personality disorder the sixth.

While her ways of coping leaned more towards self-care and communicating with friends, Nguyen said university services such as the Student Counseling Center were useful to her at times because of the anonymity and nonjudgmental atmosphere of the workers.

“It’s really helpful when you don’t have the money or you don’t want other people to know,” Nguyen said.

Kacey Sebeniecher, director of UTD’s Student Wellness Center, works with students undergoing personal issues through stress management and prevention. She said she advocates for having understanding friends to help someone going through suicidal tendencies as well as going to a mental health professional for treatment.

“Some issues mental health professionals have the training to help in the best possible way but I do think there is something to be said about self-care or your friends and family helping you if it’s a manageable issue,” Sebeniecher said.

Cynthia Nguyen said there were times where she would confide her feelings to friends and they would immediately try to give her solutions. She said that while seeking professional help is beneficial for someone suffering from suicidal ideations and feelings, it’s also worthwhile to just have a friend listen and validate the person’s feelings rather than immediately try to solve the problem.

“I think there should be more education on how to help as a friend,” Nguyen said. “You’re being there for them and listening but that’s the most you can do.”

Psychologists at the SCC such as Alanna Carrasco had more than 50 students within the first week of school and that wait times were at their peak. She stresses the importance of seeing a mental health professional in times of difficulty, even if it’s for a friend.

“It’s definitely not a friend’s responsibility or their job to try and be that mental health professional cause that’s a lot of pressure on them … being there with the person but then saying ‘Hey, let’s go talk to a therapist tomorrow.’”

The SCC assists students who are suffering from emotional problems ranging from light to severe in the form of counseling sessions with a trained psychologist or student worker. The center offers six free sessions per year to students and can direct them to other sources catering to their needs. These two centers were active in creating events and advertisements on mental health awareness during Suicide Prevention Week in September.

Eden Kasprak, a psychology sophomore, had two close friends commit suicide during her first semester of freshman year. She said the psychologists at the SCC were helpful to her when she was going through severe depression, despite her initial reluctance to going at first.

“I was really against going to the Counseling Center because there’s a huge stigma attached to going to see help,” Kasprak said. “I wish coming in I would have been told that it’s OK to ask for help.”

Along with the SWC and SCC, the student organization Active Minds advocates for fighting the stigma against mental health and asking for help. During Suicide Prevention Week, the organization left motivational sticky notes on walls and chalk messages on concrete throughout campus to raise awareness on mental illness.

An anonymous respondent to The Mercury’s survey described his or her experiences with the organization.

“Going to their meetings helped me feel like I was not alone in my recovery and helped me understand that there is no shame in going through mental health issues and … getting help,” he or she said.

“I definitely think the advertising piece is something that is one of our growth edges … being able to advertise in different ways like Instagram,” Carrasco said. “It can be something as simple as … the chalk messages, putting up little forms of awareness … hopefully we’re trying to get more connected with (Active Minds) and do some activities with them.”

Nguyen said the road to recovery was difficult, and is still unsure if she’s recovered completely. Along with her friends helping her and being there to listen, she found that learning more about her mental illness, borderline personality disorder and finding other people’s stories online going through the same condition made her feel less alone.

“Mental illness doesn’t excuse what I do, but it explains the things I do, what I say and how I think,” Nguyen said.

As she continues to cope and learn more about her condition, Nguyen found that distractions such as eating, watching TV or sleeping deterred her from the intense negative feelings she felt at times. She said that as long as she lives, she gives hope to others that they too can overcome and learn to handle their mental health.

“Even though I still have those thoughts and sometimes I feel suicidal, I would remember that it’s still a win because I’m still alive.” 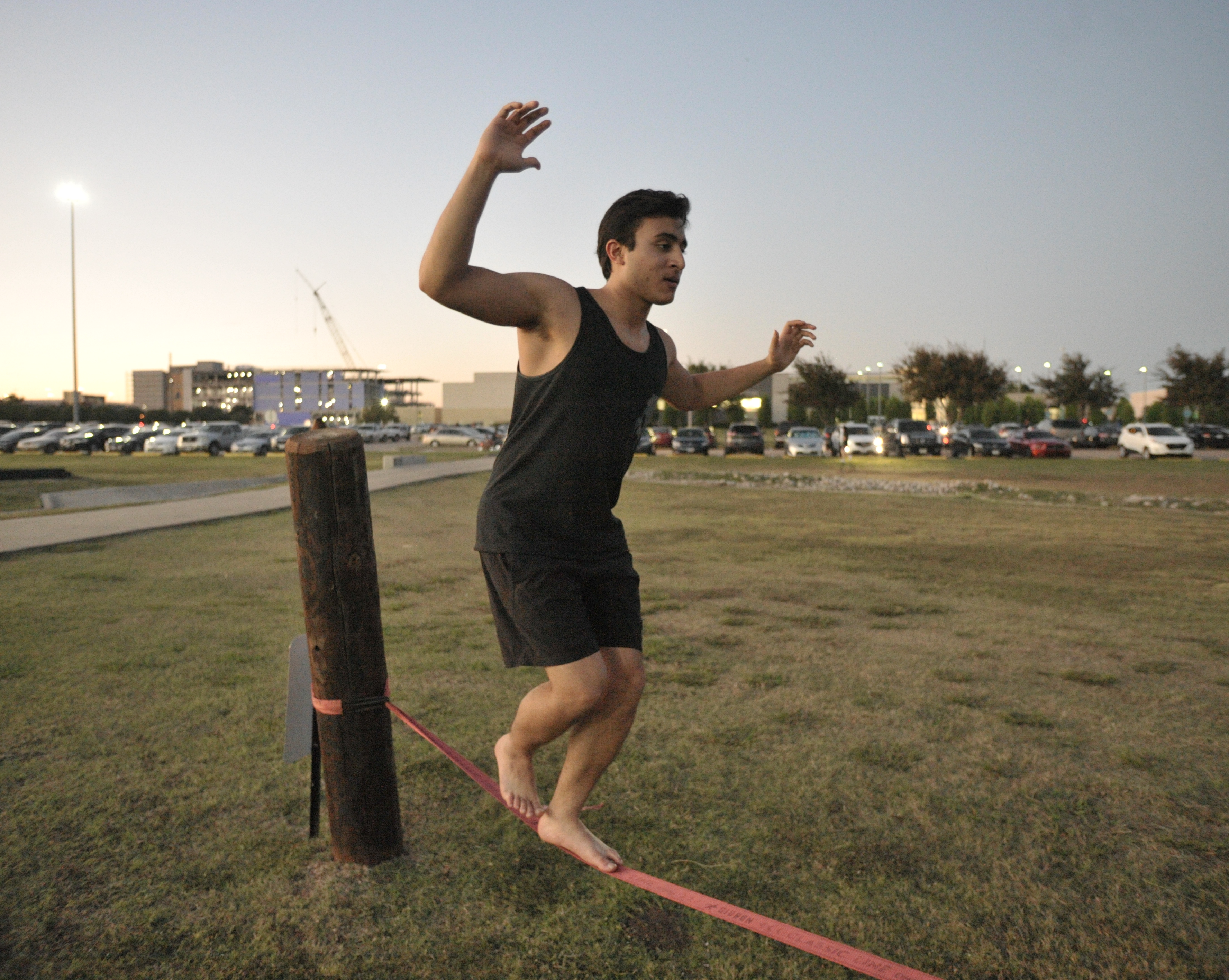