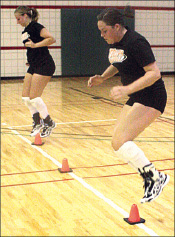 Eric Prince| Staff The UTD volleyball team hopes to repeat a showing at the NCAA tournament. The team’s first regular season game will be Sept. 12 at home against Mississippi College.
Archives
Sports
Volleyball

Fresh from winning their first American Southwest Championship (ASC) title as well as a first appearance in the NCAA tournament in 2008, assistant volleyball coach Zach Villarreal, more than anyone, knows winning the title two years in a row is going to take some hard work.
“It’s going to be a lot more difficult this year, because we are already tagged conference champions,” Villarreal said. “It’s a target on your back, no matter who you play.”
In the each of the five years of the program’s existence, the team reached the ASC tournament only clinching the title last year.
In that time, the coaching crew of Marci Sanders and Zach Villarreal has also been named the ASC East Division coaching staff of the year three consecutive seasons.
“Marci wanted to win the championship within five years of when she got here and to be a part of that was special,” Villarreal said.
With confidence brimming from last year’s title success, the Comets are looking past the conference championship for the future.
“Our next aim is to get into the regional championships.” Villarreal said. “If we get the regional championships, we get a step closer to the national championships.”
Villarreal admits the team’s title crown last year would put a little more pressure on their performance of the team.
“Personally, I think there is pressure in everything you do,” Villarreal said. You have to learn how to deal with it. I don’t think it’s fair to keep people away from pressure, I just think it’s how you handle it.”
Despite losing Krissy Seaman, the Comets’ first four-year member last year to graduation, Villarreal still believes the team will be stronger this season because it will need to rely on the experienced players who made up a core of the 2008 team as well as the eight in-coming freshmen recruited in the off-season.
The Comets are hoping to better their 24-8, 14-3 record this season as they start the quest for qualifying for the regional championships in their first pre-season game in the Trinity University River City Classic invitational against Bridgewater College in San Antonio.
The Comets play Mississippi College Sept. 12 at the Activity Center in their first ASC game of the season.

The lead on student services 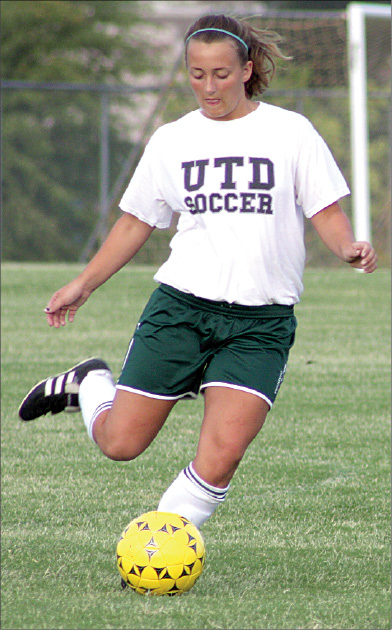