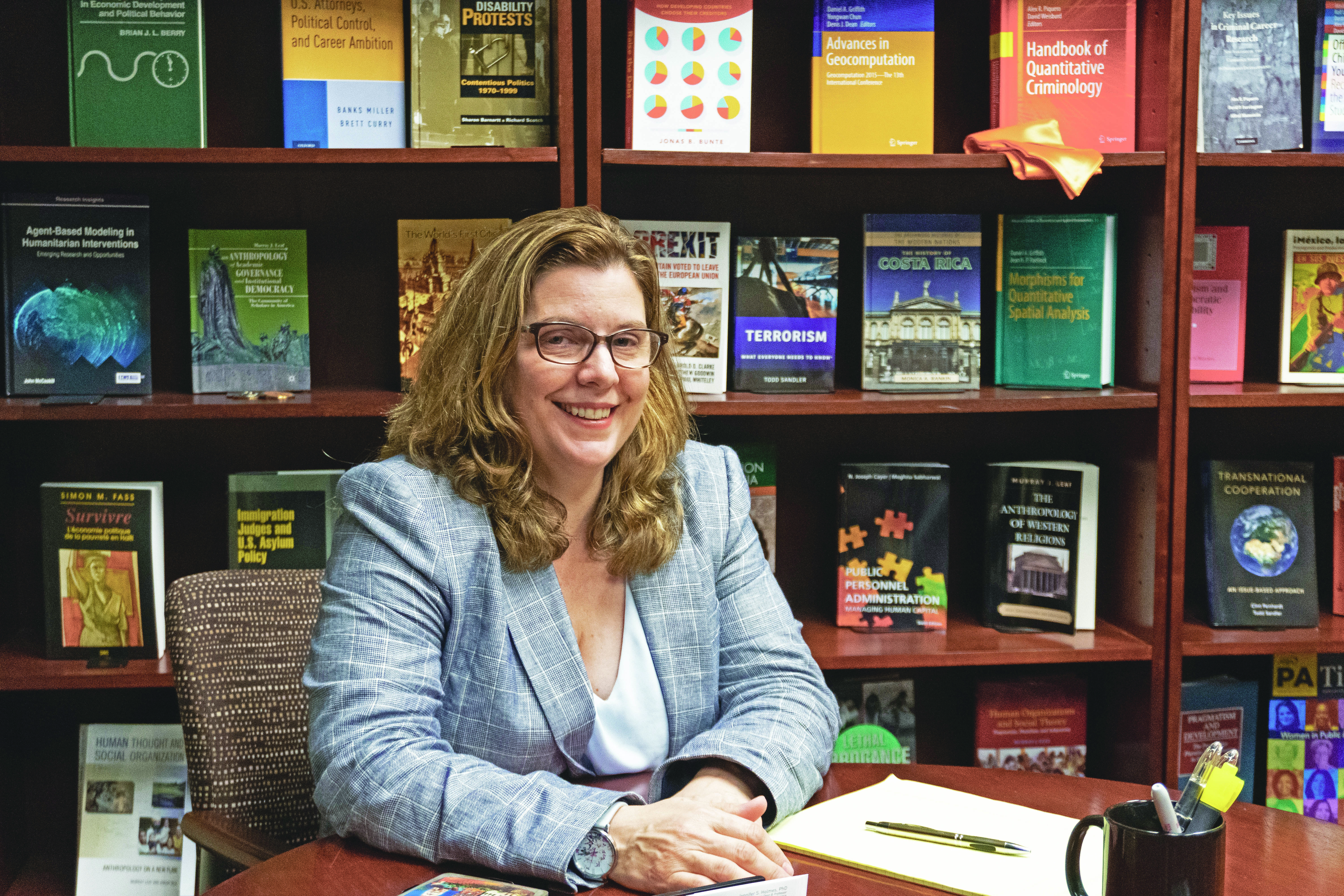 What did you receive your undergrad and graduate degrees in, and what made you want to study those disciplines in the first place?

Oh boy. My undergrad degree was in political science at the University of Chicago. Then I went — I hate to say it — straight to graduate school to study political science at the University of Minnesota. I always liked politics. I never wanted to study American politics because I was active in American politics, and I didn’t want to study what I just wanted to participate in. But I was always very interested in comparative politics, and, in particular, Latin America. So, not sure how that started from Minnesota — because I grew up in Minnesota — not a lot of people speak Spanish up there, everyone speaks German, a little Scandinavian, maybe some Norwegian, and I decided, I want to learn Spanish.

You mentioned you were active in American politics. Could you kind of dive into that a little more?

Well, you know, I always liked politics. Growing up, my mother was a city council person and on a planning commission — she helped run a congressional campaign when I was really young. I have triplet older sisters, so she has pictures of my sisters dressed up with these little candidate hats and things like that. Kind of grew up around it, and I really liked it. And as a high school student, I would be involved in bringing a congressperson to campus, that sort of thing. But I never wanted to study American politics. So, then I went to Chicago as an undergrad, and got into Latin American studies — that just kind of started it — but I was really interested in U.S.-Latin American relations. So, specifically, there’s a lot — there was a lot going on in Latin America in the 20th century, right? We had U.S. interventions, we had regime instability, democratic breakdown, democratization, all sorts of insurgency and political violence, which is really getting interesting. So I was like, that’s what I want to study.

So, what’s some of the research you’ve done in the past, or are currently doing?

Currently, most of my research is still on political violence in Latin America. I have a couple of research projects that are funded by the Natural Science Foundation, and it’s some of us in political science policy working with a few computer science faculty, and so we’re coming up with new tools to create real-time event data — that’s a big mouthful — but not just reading things in English, but also in other languages. So I was involved with, I like to say, “Team Spanish,” so, you know, we train the programs to read things in Spanish, and then tally events: so, in our case, types of violence. So they can be state-on-state violence — so, one country versus another — or what’s more interesting, especially in Latin America, is looking at what’s going on within the country. So, different groups, governments against insurgents, insurgents against civilians, all those sorts of activities, including conventional force-on-force military conflict. So that’s one big part. I also have another project that’s finishing up on critical infrastructure protection in Columbia. So we’re looking at pipelines and power grids and these things have been the target of a lot of attacks for 40-50 years — groups like the Revolutionary Armed Forces of Colombia (FARC) and the National Liberation Army (ELN). So, that has to go down as one of the most interesting things I ever did when I was doing field work, because I had to give them my blood type. We were at (not) a refinery, but … a transfer station, where things are coming in from the pipeline and then they mix it a certain way, and then they fill up the tanker trucks. And as you can imagine, there’s a really high explosion risk. So they wanted to know all sorts of things, and my husband was a little concerned when I sent him a text and said, “They want my blood type!” They’re taking my phone, I can’t have any electronics, like you gotta take your watch off, anything that might create any sort of spark. He wasn’t very happy with that that time. But that was in Columbia; it was fun. So, fine with groups like that, so FARC, ELN, paramilitaries in Colombia, little bit of Shining Path in Peru, although they’re not as active anymore. Once upon a time, I did some work on Euskadi Ta Askatasuna in Spain, but that’s simmered down mostly.

So, kind of transitioning now, how long have you been at UTD, and do you have a favorite memory of your time here?

Been here 21 years, so it was my first job out of grad school. I started as a visiting assistant professor, and jeez, best memory in 21 years?

Or a handful, if it’s difficult to decide.

That is. I’m gonna have to come back to that one. Let me think on that one. Oh, actually — I can give you one, you can get a picture of this. We had a faculty, what do you call it, like a team-building episode where we went and painted Temoc. And Temoc came to visit! And we have a picture of Temoc doing a self-study. So I think that’s probably my favorite thing as dean, or interim dean, that was a lot of fun. Some people find Temoc frightening; I adore Temoc. I was on the faculty when we almost changed, when the students voted on whether to save Temoc or change the mascot, and I was very happy that it was Temoc. So I would say recently that’s probably one of my favorite things.

So now, as I understand it, you received the UT System Regents’ Outstanding Teachers Award—

That’s probably another one, yes, that one too!

What do you enjoy about teaching?

That’s gotta be the students. I mean, when I was program head, I would routinely schedule my classes for 8:30 a.m., and the students who show up, who volunteer to take an 8:30am class, are just awesome, right? They’re motivated, they want to be there, they’re in the front row, they’re asking interesting questions. I had a nice mix of students from some veterans who maybe had served a term or two in Iraq or Afghanistan, they’re awesome to have in the classroom when you teach terrorism, right? Then I might have a different grouping of students with different backgrounds, and when I teach that class, I really try to get people out of the ‘I’m-an-American’ mindset and thinking all about terrorism as 9/11, because we’ve had terrorism for millennia, and to think about it from other contexts — and then we can be a bit more critical about our own current challenges we have with that type of violence. So, it’s just the students are great, the students here have always been good, the quality of students has consistently been high. They’re just a lot of fun. We’re really fortunate here at UT Dallas, just the culture of the students. People are bright, they’re respectful, they’re engaged, they’re civil. I mean, these are the kinds of, my classes tend to have things that are topics you don’t want to invite to the dinner table, say, on Thanksgiving. But my students have always been pretty mature, and intellectually curious about getting to some sort of policy response that may be the best you can get given bad choices, which is often what we have. So those are fun. The students have always been delightful. I’ve been able to bring people into class, different speakers, they might be foreign ambassadors, or agents — I’ve had FBI, ATF, it’s fun when you have DEA come in to talk on War on Drugs, especially former DEA agents, because they’re not actively employed anymore. So that’s, it’s just a lot of fun. So I say the best thing is the students. Second best thing is probably the content.

Well, I think our big challenge is scale. The president wants the faculty to grow. The provost wants our students, our majors to grow — so we need to grow in majors. And I think it’s ‘how do we attract more students to EPPS, but do it in a way that still builds the university’s general areas of strength?’ So, we’re able to move into some new areas. For example, we have a cybersecurity policy and technology master’s degree that’s gonna come online next year, and that’s with computer science. We got one class from BBS, and a couple classes from JSOM — so it’s a really widely interdisciplinary master’s degree. I think if we do more of that, we can really add some value to the students. So you guys might see some new majors or minors that are attractive to maybe a physics major or healthcare studies. It might be health policy, global health, all sorts of things. But we’re looking at ways to strengthen core disciplines, keep our basics — the CRIM, the ECON, the political science, the public affairs, the sociology — keep those real strong, but also move into some areas that are kind of the next 50 years of the university. I mean, the university’s going through a lot of change — academic disciplines are going through change. We’re thinking about how to evolve in a way that can really position us to take advantage of the next 50. So it’s a great time to be dean, actually, even of our little small school. Because we’re agile, we’re high quality, we’ve got great faculty, (UTD) students are, of course, the best.

So, finally, based on your own success, what advice would you give to students who are maybe just beginning their degree in EPPS?

Okay, and this I would say to almost everyone: first, go to class. Go to class, go to office hours. After those two things — you know, we’re working to get some more internship experience, more practical experience, we’ve got the Institute of Urban Policy Research that’s starting to work on attracting little projects, maybe it’s for a nonprofit, it’s for a local government. We have my colleague, Dr. Piquero, is working on two task forces with the City of Dallas — these could be projects for pre-law kids, for CRIM students, for political science majors, for public affairs majors, just across the board where you’ve got real projects, real challenges that these, either our government partners or nonprofits are working on. And trying to get a lot of projects for our students to chew on, because that’s, it’s a great way to prepare for graduation, get an idea of what you enjoy doing, and really put some skills to work. So, that, I think, is a major priority for the next couple years. We’re trying to grow a little bit. I would like us to, (EPPS is) one of the smaller schools, but we can be a medium-sized school in five years. 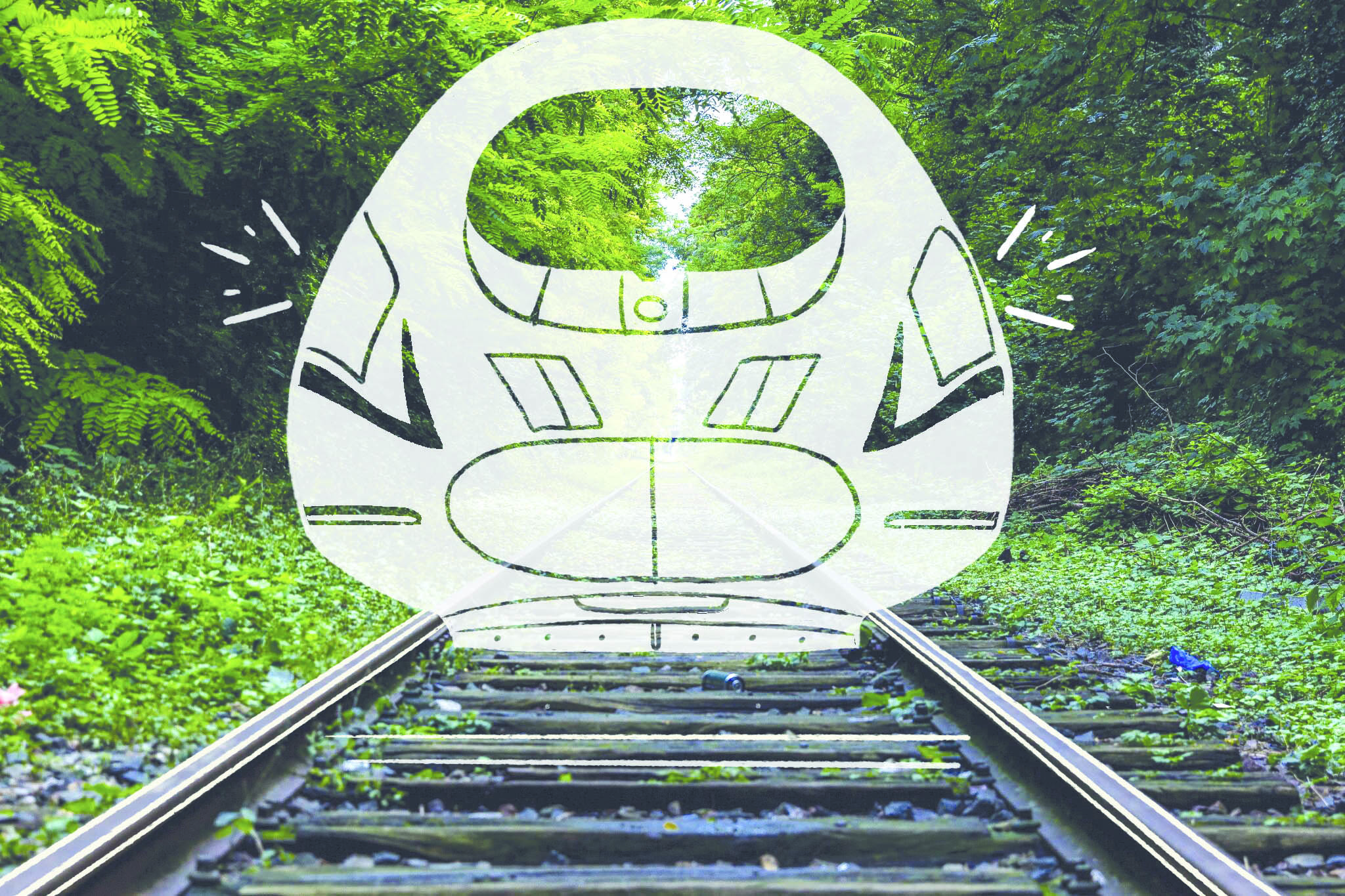