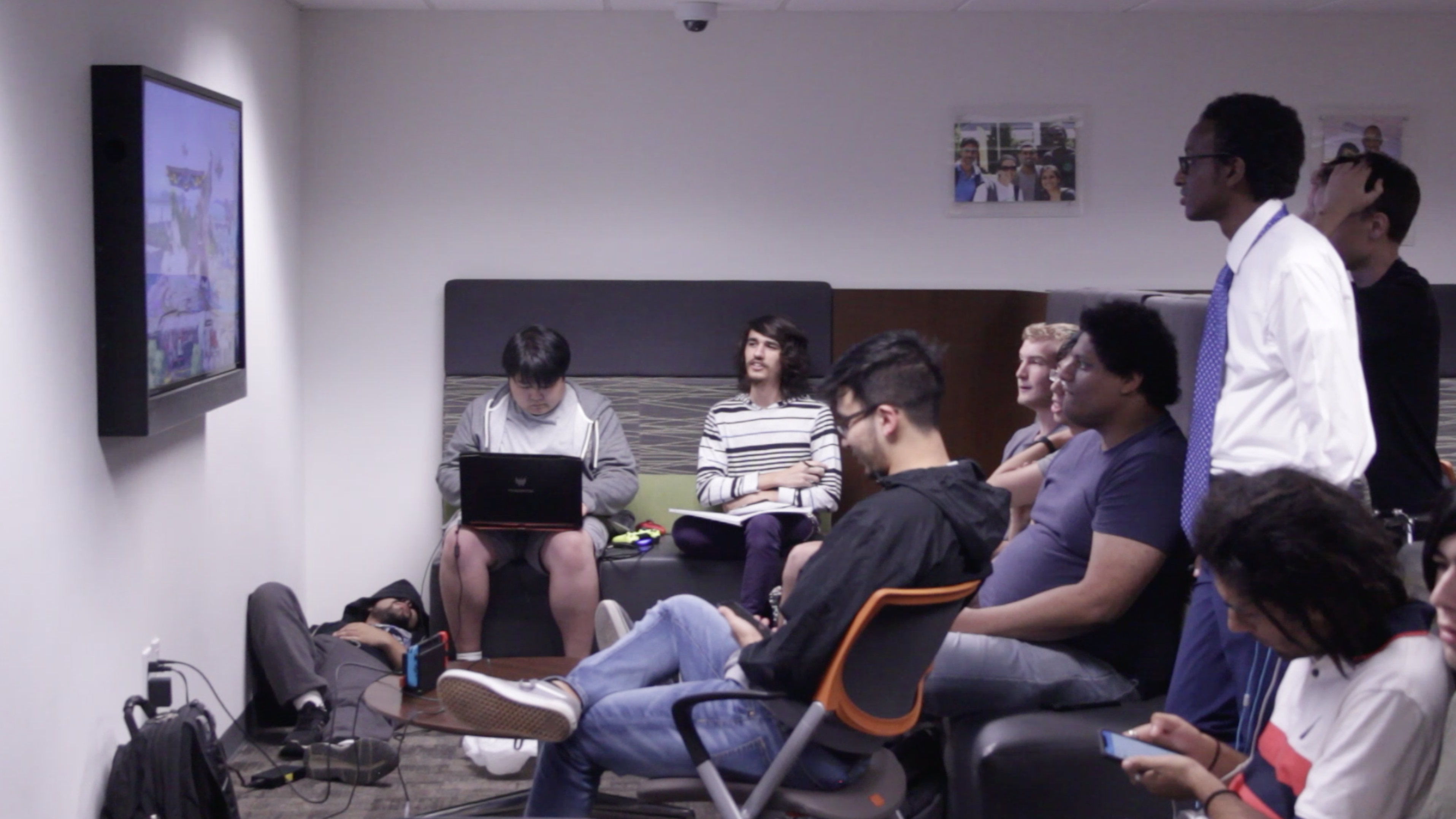 A group of students gather around on of three TVs to play “Super Smash Bros” together in the game room on the first floor of the Student Union. Photo by Ryan Magee | Video Editor
Life & Arts

On any given day, a small lounge on the lower level of the Student Union is packed with numerous students gathered around tabletops and TVs.

A group of three students buzz around their laptops, clicking away at an “Overwatch” game they just queued up. A rowdier crowd can be seen cheering at people competing against one another in “Super Smash Bros,” their fingers flying on their controllers. There are people sitting nearby with headphones in their ears bent over calculus homework. This microcosm is the game room, teeming with noisy life, and an important place for many students who consider this their second home.

Joseph Gibbs, a criminology senior, came to the game room for the first time in 2016 with a friend after transferring from another college. He said they immediately hit it off with some students playing card games, and he hasn’t stopped coming since.

“We jumped in and played the game and before you know it, you’re knowing who these people are who (become) friends come in the next day like, ‘Hey, what’s going on? I’ve got a game, you know how to play?’ or something like that,” Gibbs said. “It was pretty open, inviting, fun and crazy.”

The concept of a game room at UTD isn’t new, and students at UTD have been gaming since the Student Union was created in 1981. Student Union Assistant Director Andrew Helgeson said he has worked at the SU for the past 16 years, and when he became assistant director in 2008, the room was called the TV Lounge and was filled with beanbags, one six-foot tall box TV and eight round tables.

“Occasionally we’d hand out board games and people may (have) played in there, but that was it. And it would get a little stuffy because the doors would always be closed. It was an enclosed area. It was just a group of kids that played cards nonstop,” Helgeson said. “After a few years, it would get really messy in there. It kinda had a funky smell to it. So we would talk about, it’d be a good idea to open up that wall and make it more inclusive of the whole environment of the union on the first floor.”

Helgeson said in 2015-2016, after receiving input from students about opening up the game room, the room was upgraded to include new furniture, flat screen TVs on the wall and sitting areas. Students were able to bring their own consoles and plug them in. Now, about 2,000 people pass through the room per month, or up to 40 people at any given time every day, Helgeson said.

“People are in there all the time and it’s kind of become like a little self-sustained community of people that are in there. We see regulars every day in there in between classes. They’re probably even skipping class. You never know,” Helgeson said. “But it’s pretty cool. They are their own little community. I don’t really know any of them by name, but you know, we see them all the time.”

Gibbs said he comes to the game room anytime he’s not in class on Mondays, Wednesdays and Fridays and spends his time meeting with friends, gaming or catching up on studies. He said the variety of activities and types of people in the room creates a more open, welcoming environment.

“It’s variety. It’s a different variety. I mean you can look around, you have different people playing games. You know, it’s open to everybody. It’s not exclusive. It’s not for men only or girls or only the young people play this. I’m the oldest in this room and yet I play ‘Overwatch’ with these guys every now and then,” Gibbs said. “And I was playing here once and someone was like ‘Oh hey, you play ‘Overwatch?’’ I was like ‘Yeah I do. What are you playing?’ You connect off.”

Computer science senior Walter Han spends his time in the game room to play games with friends or study, since he prefers to work in a noisy environment. One person usually brings new games every now and then for the people in the room to try such as anime fighting games and golf simulators, and rarely does a game get judged harshly, Han said.

“We’re pretty darn open about games. I mean we don’t really judge anybody for their choice in games for the most part. As long as it’s within reason,” Han said. “I mean we really don’t care, and frankly, most times we’re pretty willing to strike up a conversation with anybody.”

Along with playing games, people in the game room gather to watch game conferences, game reveals and talk about the latest game releases. ATEC junior Jacqueline Thorpe said although the room is quite loud most of the time, it gets really noisy and excitable every now and then during more intense card games or fighting game matches, and the existence of so many people with common interests in gaming and anime makes it a welcoming environment.

“I think we’re a lot more friendly with regards to gamers and geeky culture in general. We’re a lot more laid back about it as well. Like you can see a bunch of people just campus that have like merch of games or anime or some show. And then when you come in here, it’s just like boom, there’s a whole group of people who share the same interests as I do.”

The room has a group of five friends who frequently play games like “Overwatch” and “League of Legends,” but don’t consider themselves to be great at the games. Gibbs, who is a part of the group, said they call themselves “The Benchwarmers” as a joke and homage to the UTD esports teams.

“We have our leaders here but we play our games. We’ll get good every now and then, but sometimes we just bomb it but we’re having fun and we’re like ‘UTD Benchwarmers!’” Gibbs said. “Cause if we were to ever be on an official team, would most likely be the benchwarmers.”

As UTD expands to accommodate more students interested in gaming, additional areas for gaming have been added such as the SSA Game Wall and TVs being added into the pub. In the meantime, the game room continues to be an open space for all gamers at UTD to meet and play their favorite games. 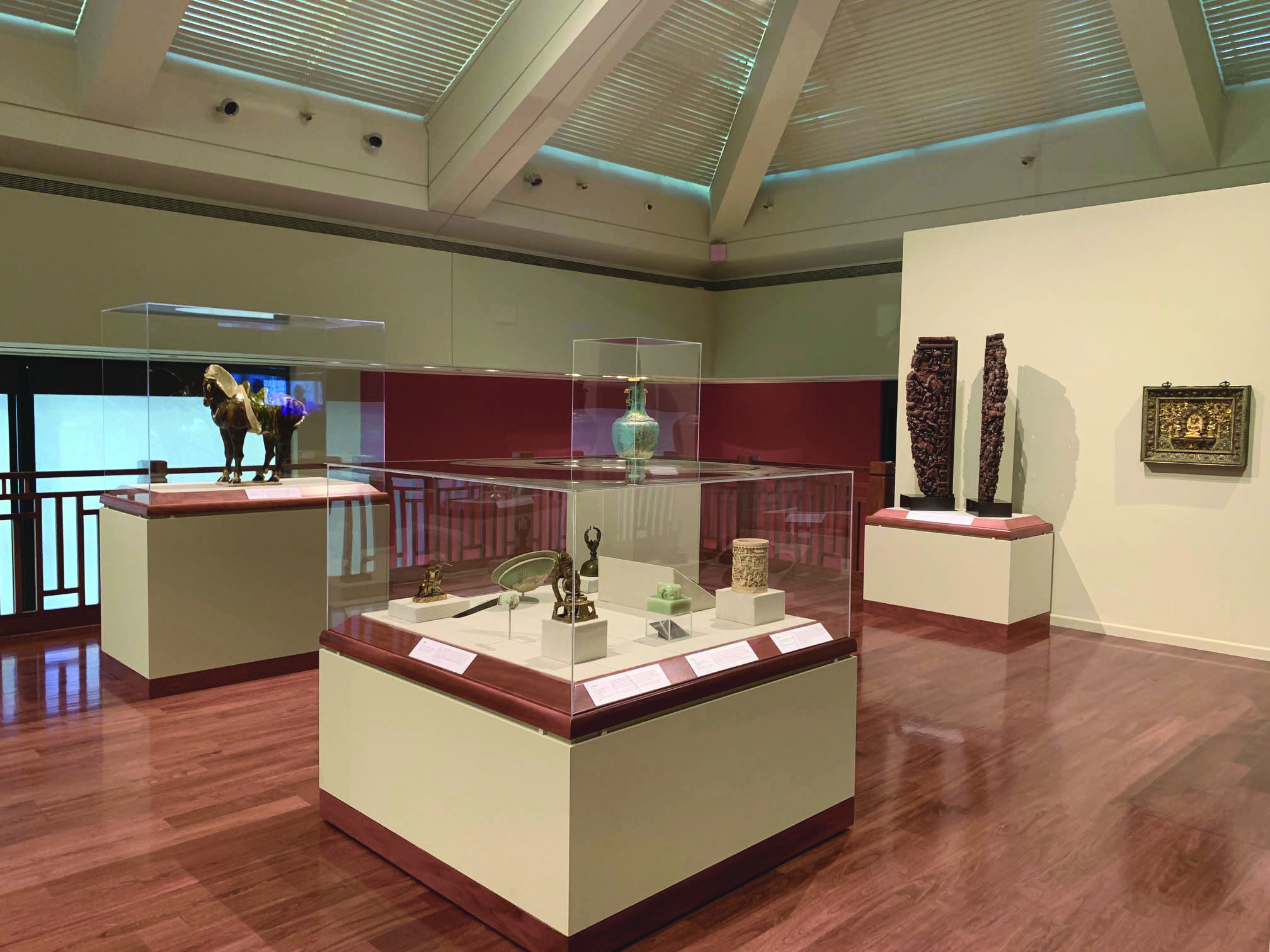 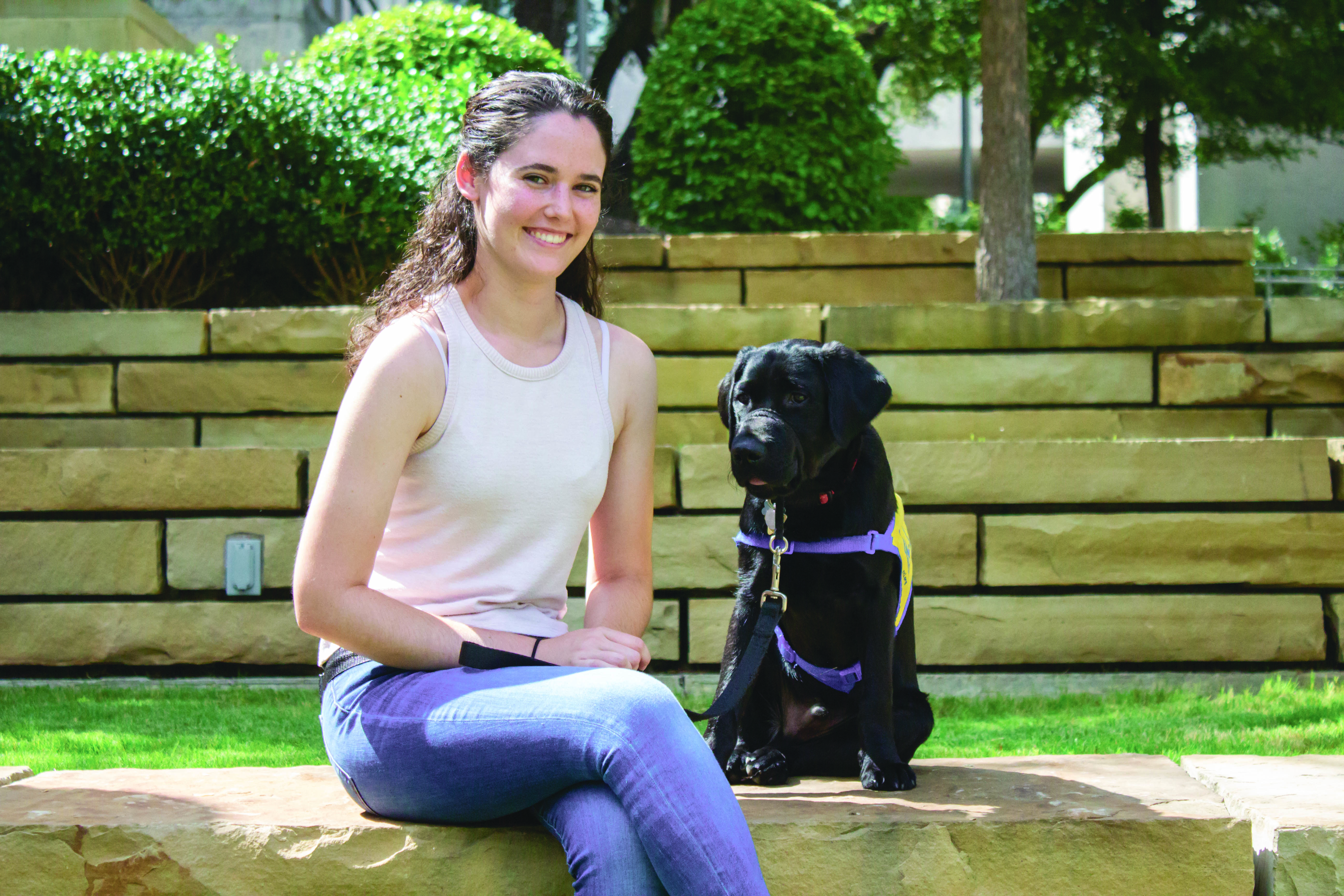